There are at least 14 benchmarks to look for after Donald Trump becomes America's 45th president;

they'll define his presidency and determine how long Republicans remain as a congressional majority. They are:
click to enlarge 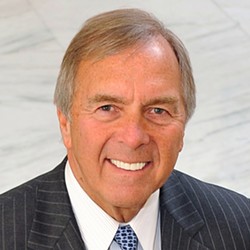 1. Will the United States stem the tide of illegal immigration, including passing federal legislation for comprehensive reform?

2. Will the wall between Mexico and the U.S. be built?

4. Will Obamacare be repealed and replaced?

5. Will the United States' balance of trade improve?

7. Will infrastructure projects be completed before 2020?

8. Will America's debt ceiling be increased?

9. Will America's federal debt and deficit be reduced?

10. Will the pay of American workers be increased?

11. Will progressives and the American left gain strength or be satisfied to only criticize Trump?

12. Will the size of federal agencies and programs be reduced?

13. Into what world conflicts will President Trump involve the United States?

14. Will President Trump tweet something offensive enough to turn public opinion against him?

Perhaps the most important consideration for Trump

and other Americans is whether the United States gets into international skirmishes that put American military personnel at risk, including the threat of terrorism or military incidents that could sour the public on presidential or congressional leadership. Americans love peace, but they're also patriotic, wanting America to be successful internationally.

"Make America Great Again" was more than a clever political slogan. It reflects the American point of view for our country that touches all 14 of the items listed above. Positively delivering on the list WILL make America great again — passing comprehensive immigration legislation, reducing illegal immigration through construction of a wall or other means and creating private sector jobs using Trump's business expertise, perhaps through completion of infrastructure projects or made possible through favorable business tax treatment, robust free enterprise and a balance of trade improvement.

Congress may have no alternative but to soon raise America's debt ceiling, but that doesn't mean our leaders should abandon reducing America's massive debt and annual deficits. Trump spoke often of America's $20 trillion debt and the scourge of such indebtedness. Trump and Congress can and should tout the debt's reduction, if it occurs, especially if interest rates rise and negatively impact the massive interest payments America must pay. Of course, if the debt ceiling doesn't increase, taxpayers will face the prospect of a distasteful government shutdown. Paying down the national debt will be good for taxpayers.

Millions of wage-earning workers elected Trump and kept Congress in Republican hands. They'll be watching for policies that make their economic lives better. So will America's minorities, who have largely been abandoned or taken for granted by Democrats eager for their vote. Republicans can mollify independent and Democratic skeptics if Trump and the party can reduce America's balance of trade, consolidate duplicative federal programs that waste taxpayer funds or reduce the federal government's intrusion into taxpayers' daily lives.

One of Trump's greatest challenges is personal. He'll have to generate greater trustworthiness by mending fences with his detractors. He'll also be tested early by world leaders and political opponents determined to shake his resolve to change America for the better. Hopefully he won't revert to form, lashing out at opponents as he did in the Republican primaries, because it's a certainty that Clinton loyalists, Sanders/Warren devotees, the national press, progressives and other Clinton supporters will criticize Trump directly and frequently, hoping he'll overreact and tweet indiscriminately or offensively.

and the statements that got him elected. He's fudged a bit on the existence of climate change and building a "traditional" wall as understood by his supporters. As for "crushing ISIS," that may be easier said than done. The world awaits the outcome of other policy statements, and many will be watching, like the Veterans Administration staffer I met in December who said he'd "wait and see" how President Trump handles the cleaning up of that agency.

This past October, at the Washington Policy Center Dinner in Spokane, retired General Jim Mattis, soon to be Defense Secretary, and popular columnist/television celebrity Charles Krauthammer both spoke about the 2016 elections, affirming that great challenges await Trump.

The Trump presidency poses many opportunities, along with challenges. We can only hope that his term is successful for our country and that much of the list above is accomplished. ♦