Tales of an unforced Twitter error, and an oddball in the world of cannabis 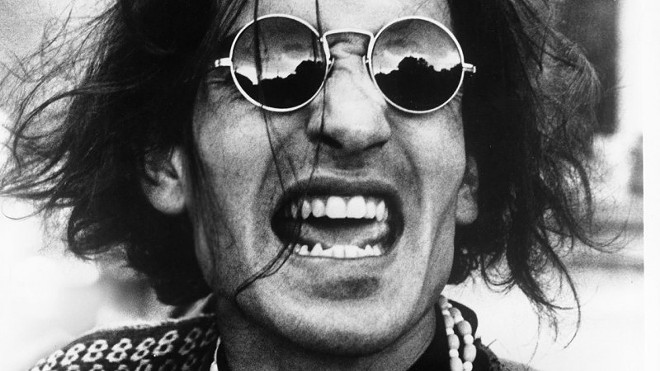 PLANES | "We're sorry for any confusion. A mistake was made in the database of our new 'What can I bring?' tool." So said the Transportation Security Administration's official Twitter account last week in response to a handful of attentive sleuths who noticed a significant policy shift on the federal agency's website. Ice picks, meat cleavers, nunchucks and paint thinner are still off limits, at least in carry-on baggage, but for a brief moment on April 5, marijuana was (inadvertently) OK'd for air travel with a bold, green "Yes" for carry-on and checked baggage. Oops. A flurry of news reports about the error alerted the TSA, which has since revised the site to match their official policy (the red "No" means "not permitted"). The seed of confusion, however, was sown. "So can we take [pot] on board or naw? Lol that's all I'm asking for!" asked a bewildered poster in the comments section of a related piece on Marijuana.com. The TSA acknowledges that it has "no regulations on transporting marijuana" and that its security officers "do not search for marijuana or other drugs," but if they find a joint in your fanny pack, you will be reported to law enforcement. But marijuana is legal here in Washington, you say. Too bad, says the TSA. Uncle Sam pulls its strings, and one runs straight to the wagging finger of Attorney General Jeff Sessions, an anti-cannabis crusader.

MUSIC | In 1968, at the crest of the counterculture movement, New York City street performer and cannabis advocate David Peel released an album called Have a Marijuana, "recorded live on the streets of New York" with his band, the Lower East Side. Part shtick, part spectacle, Peel's ramshackle, reductionist approach, on full display in his hippie hits "I Like Marijuana" (the chorus goes: "I like marijuana, you like marijuana, we like marijuana, too") and "Up Against the Wall" (the chorus isn't fit to print), foretold the coming wave of political punk activism. He fell in with John Lennon, who admired Peel's "philosophy of the street," even recording The Pope Smokes Dope for the Beatles' Apple Records. "People say, 'Oh, he can't sing,' or 'He can't really play.' But he writes beautiful songs. Picasso spent 40 years trying to get as simple as that," Lennon once remarked. Despite his amateurishness, or perhaps because of it, Peel hit a nerve. Cops and pot returned to the tips of tongues at the Occupy Wall Street protests, along with Peel, who reprised his "street rock" songs in Zuccotti Park after decades away from the limelight. As he told the New York Times in 2012, "A lot of people come up to me and say, 'Peel, I thought you were dead.'" No longer. Peel died last week at 74 in Manhattan after a massive heart attack. ♦