NEWS: How long do 911 calls take in Spokane, and other questions City Council hasn't been able to answer about the combined 911 dispatch system.

NEWS: A Sandpoint mother feared that one day her troubled son would end up dead; turns out, nothing prepares you for it.

Report blasts jails
Columbia Legal Services, a nonprofit law firm, identified more than 200 people who died in Washington jails from 2005 to 2016, and determined many involved lapses in supervision and failures to provide appropriate medical and mental health care. (Spokesman-Review)

Flag day
Spokane City Councilwoman Kate Burke would like Spokane to get a new flag. (Spokesman-Review)

Meeting her hero
An Eastern Washington University student got to perform on stage with Carrie Underwood at the Spokane Arena. (KXLY) 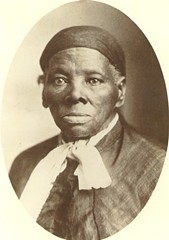 Harriet will have to wait
Remember when Harriet Tubman was going to be the new face of the $20 bill? The Trump administration says that won't happen anytime soon. (Associated Press)