The woman who took down Jim West has set her sights on the county prosecutor. 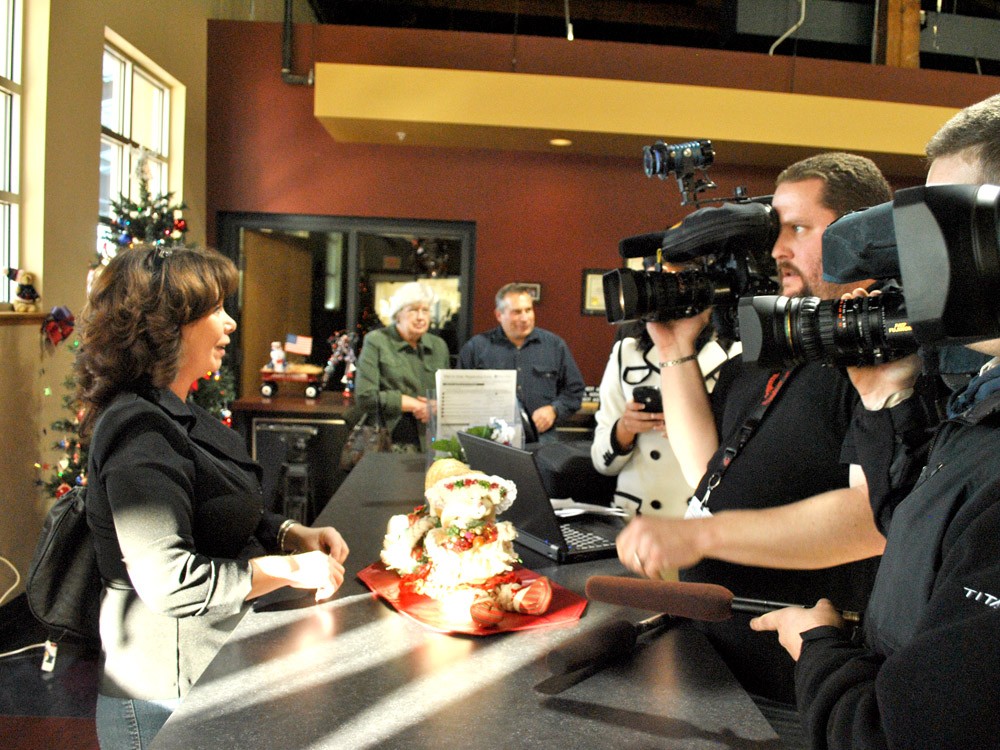 Just like the last time she tried to recall someone, Shannon Sullivan began her attempt to recall Spokane County Prosecutor Steve Tucker with a visit to the elections office.

After handing over a packet listing four allegations of malfeasance against Tucker, Sullivan, the woman behind the successful 2006 recall of Spokane Mayor Jim West, turned to a battery of cameras and reporters and explained herself.

“I’m a little older, I have a little more wrinkles, but I have to do something,” Sullivan says.

Her petition lays out her beef with Tucker, including the accusation that he aided a cover-up of the 2006 death of Otto Zehm after a confrontation with Spokane police, and that he made a vow not to prosecute any public employees. (Tucker, meanwhile, was out of the country on vacation last week and unavailable for an interview as of press time.)

“No one is above the law,” Sullivan says.

But while several of Tucker’s associates and former political opponents faulted his tendency to be aloof from the public, there was doubt over whether Sullivan’s allegations would hold water.

According to state law, the petition has to be reviewed by the state Attorney General and a Superior Court judge before it can be put out to the public for signatures. David Stevens, an attorney with the U.S. Department of Justice who lost to Tucker in the general election last year, doubts it will make it past the judge.

“I don’t think as currently drafted that the petition is going to go anywhere,” Stevens says. “I understand why people want him gone. Just not liking what the guy’s doing… that’s not malfeasance.”

Chris Bugbee also ran against Tucker in 2010, but didn’t make it past the primary. He, too, had his doubts about the petition’s validity, specifically its allegation that Tucker vowed not to prosecute public employees.

“There’s a real fallacy in that. I’m aware of at least seven that he’s prosecuted in the last five years, three of whom have been my clients,” Bugbee says, pointing to the prosecutions of Spokane Police Officers Rob Boothe, Jay Olson and Jay Mehring, among others.

Tucker has been repeatedly criticized for being inaccessible to the public and opaque when it came to explaining his actions.

As evidence of Tucker’s malfeasance, Sullivan pointed to an incident last month in which Tucker refused a judge’s request to appear in court and explain a plea agreement that he had brokered. The deal reduced seven felony charges to two misdemeanors against a man accused of shooting at a house during a dispute. The judge in the case refused the deal, in part because of Tucker’s absence.

“On the face of it, that case seemed to require some sort of explanation,” Bugbee says. “The public needs to be educated, and it was the prosecutor’s job to explain the criminal justice process. … [That’s] never really happened on Steve’s term.”

Spokane County Sheriff Ozzie Knezovich says he applauds Tucker on his resolve to stand up for victim’s rights and fight domestic violence. But asked if Tucker has been successful in communicating with the public, Knezovich says, “He hasn’t.”

“If there are concerns, you have to step out and talk to the people who elected you,” Knezovich says. “I just don’t see Steve very active out addressing some of the issues. I think when you don’t do that, you end up with people thinking you’re disengaged.”

“I didn’t win on that platform” of transparency, Bugbee says. “So there’s apparently plenty of people in the public who don’t think it’s necessary.”

Stevens, who worked in Tucker’s office before being fired when he decided to run against Tucker in 2010, maintained that his former boss shouldn’t be in office any longer. But he held no illusions about the petition’s success.

“They got a tough row to hoe,” Stevens says.