How many contemptible characters can you take in one show? 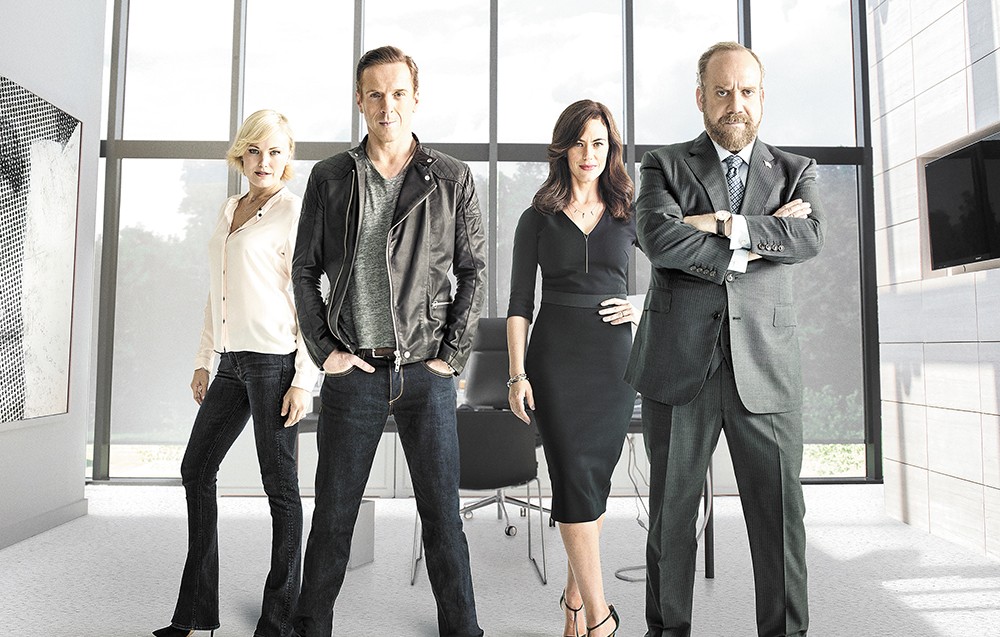 Showtime's Billions gives us a gross but engaging look at Wall Street.

Billions (Showtime, Sundays at 10 pm) proposes a sociological experiment: Can a TV drama in which every character is contemptible still be watchable? The answer is "yes," with the caveat that every episode leaves a vomity taste in your mouth.

In Billions, ambitious U.S. Attorney Chuck Rhoades (Paul Giamatti) aims to take down hedge fund king Bobby Axelrod (Damian Lewis), sparking a cascade of ego-fueled power moves between both men. The real world of finance can be so convoluted that even its practitioners don't always understand it. Fortunately, with the help of New York Times columnist Andrew Ross Sorkin, who co-created the series, the mechanics and impact of each gambit is clearly sketched out. When a stock is shorted or board power is shifted, the viewer understands exactly what happened. The schemes and counterschemes of the two rivals make the series addictive.

And the lead performers excel. Giamatti seethes with self-righteousness and self-loathing, his character just self-aware enough to know his obsession is self-defeating, but not enough to stray from his course. Meanwhile, Lewis swaggers with a self-satisfied smirk. He's charming enough that you believe he's capable of hoodwinking suckers, but you understand why Giamatti hates him.

At its core, that's the problem with Billions: It tries to complicate its hero-villain tale by making its villain charismatic and its hero unlikable, but in doing so gives the viewer no one to root for.

Worse, Billions wades into the neck-high sewage of toxic masculinity in a way that disgusts rather than illuminates or satirizes. There's a sense that Billions' writers share fist-bumps as they pile on crude sexual and scatological one-liners, but these quips thud awkwardly instead of zing. Veep and Deadwood prove the profane can be musical. But in Billions, the profane is just embarrassing, like a fart at a funeral.

Here, there are none of the scrappy underdogs of The Big Short, only the clash of chest-thumping Masters of the Universe, facing off in skyscrapers, beachfront mansions and high-society cocktail dinners. The result is less of a guilty-pleasure TV show, and more like a campaign commercial for Bernie — or Bane.