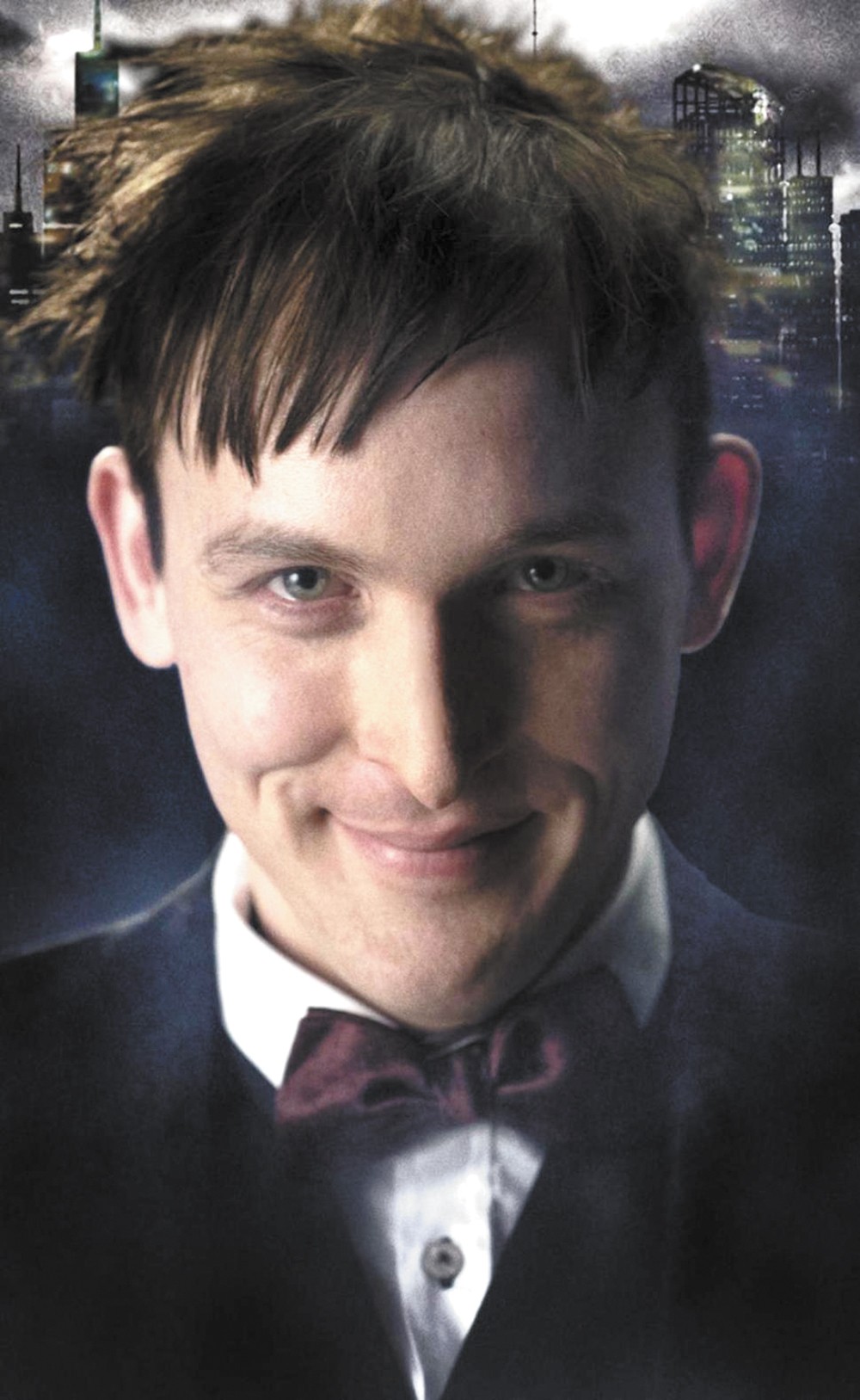 Oswald Cobblepot, the man who will become The Penguin.

The soul of Gotham

(Fox, Mondays at 8 pm) the TV show, like the soul of Gotham the city, stands at a precipice. It could soar or it could fall.

Batman is like that. Through his long history, the character has run the gamut in tone and quality, from the grim and gritty (The Dark Knight) to the dopey and silly (Adam West, Batman and Robin). Gotham strikes an agreeable Burtonesque balance, taking itself seriously but refusing to fall prey to self-seriousness.

As with all prequels, it's limited by built-in-handcuffs and predestined arcs: The writers can't, say, kill little Bruce Wayne, even if that would be the best direction the show could go in.

There are plenty of other quibbles: The first episode crams in a bit too much Batmannery, introducing young versions of the Riddler, Catwoman, Poison Ivy and the Penguin. (Presumably, Two-Face, Mr. Freeze and Calendar Man were saved for episode two.)

Unfortunately, by murdering the Waynes' parents immediately (Don't walk down a street named "Crime Alley" at night, kids) Gotham loses what could have been an interesting arc for an entire season: A rich couple tries to save Gotham through clinics and charities rather than body blows and Batarangs, only to get shot, leaving the city with a power vacuum, filled by rogues.

But when the show focuses on Gordon and Bullock — drawing upon the police procedural genre, One Good Cop stories, and even a bit of noir — all those little flaws and missed opportunities stop mattering: It's here, not the sprawling comic-book arcs, where Gotham finds itself, where it's able to rise above its influences. We've heard the story of Batman told in countless variations. But the story of Gordon, the man behind the Bat-Signal? That's something worth basing a series around. ♦