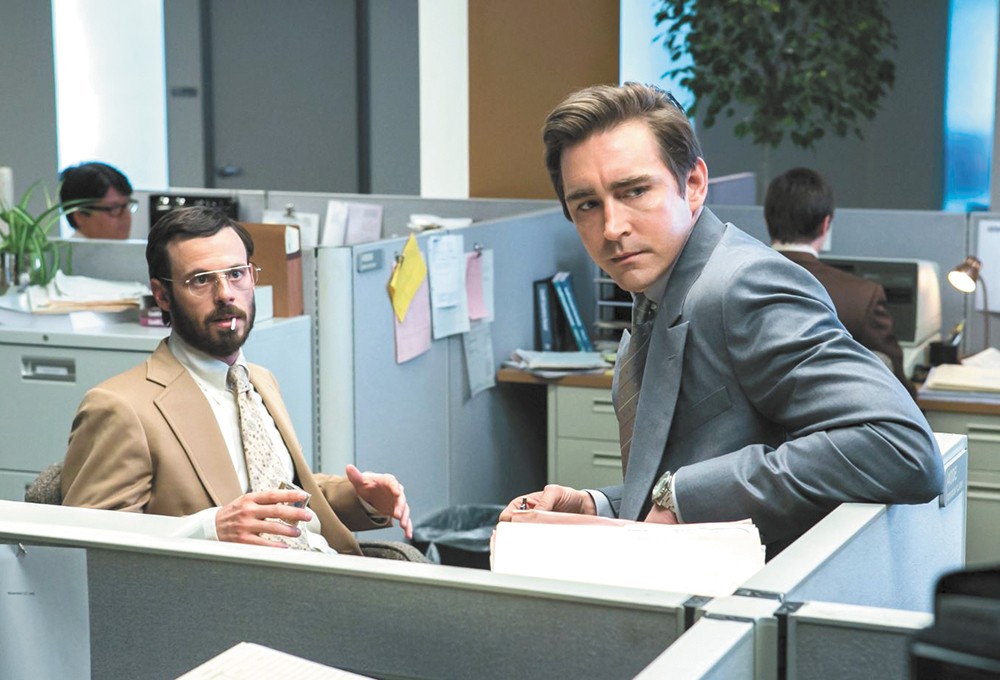 There must be some guy in a corner office at AMC wondering if the network should just quit while it's ahead. Breaking Bad's final season cemented it in television history as an all-time great. Mad Men has aged well and looks to head gracefully into the sunset. And there's that zombie show, that despite silly writing — presumably done by actual zombies — is raking in record ratings.

AMC is a victim of its own success. You just expect gold. If there's a fault with the network's new Halt and Catch Fire (Sundays, 10 pm) it's that the show is handicapped from day one by the fact that viewers will measure it on the Walter White/Don Draper scale of excellence. This drama, set against a backdrop of the early-'80s personal computer boom, is not Breaking Bad.

That might be a good thing. HACF features the immaculate production we've come to expect from AMC, but is marked by pacing and structure a little different than what we've seen on this network. The period setting can be drab sometimes (apparently brown was very popular in 1983), but what sucks you in is the insight the show offers regarding the genesis of the personal computer. It's not fact-based — the company is fictional — but Steve Jobs, IBM and other real-life elements are name-dropped, making it feel like a true story.

Lee Pace plays Joe MacMillan, a hotshot salesman with a sketchy background who manipulates the executives and an engineer (Scoot McNairy) of a mid-sized computer company to reverse-engineer an IBM computer and enter the PC business. To do that, they need a genius programmer. They find her in a young punk rocker (a very good Mackenzie Davis), who chugs orange soda, shoplifts for sport and doesn't give a damn about anything other than writing code.

The code — all the technical stuff — is laid on thick. Like most viewers, I don't have a clue what the hell they're talking about most of the time. Thankfully, creators Christopher Cantwell and Christopher C. Rodgers add plenty of ancillary drama, much of it focused on Joe's personal life, which grows more bizarre by the episode.

Keep your expectations in check and you'll be fine. ♦