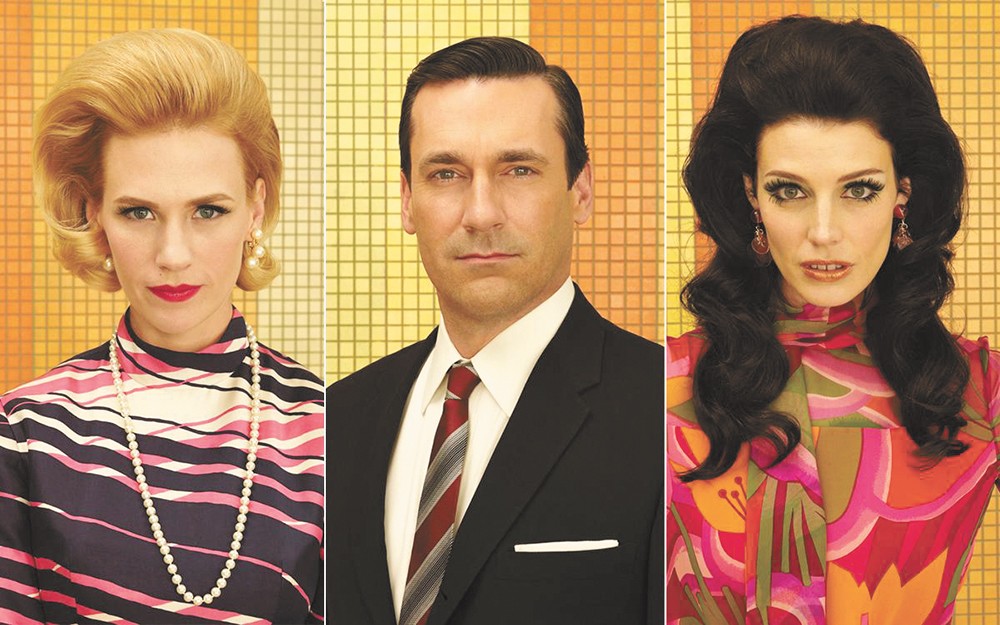 Don Draper, a man with two ex-wives and two lives.

I'm not the only one who held this belief. Some have speculated that the guy falling off the building in the opening credits is a foreshadowing of how Don will meet his fate. And by all conventional logic, Don should have been killed by booze or drunken driving or the jealous husband of one of his mistresses a couple seasons ago.

To watch this revolutionary series in whole is to witness a character whose ups and downs seem to always zero out and take him back to where he started. Last Sunday, as we headed into the final episodes of Mad Men, Don Draper was again single and again killing it in the ad business (despite having started the season essentially unemployed) and again having his pick of women. Even while guys in the office are growing devastating mustaches in these Technicolor days of the late 1960s, Don is still '50s sleek. The times they are a-changing, but Don Draper has not.

He may seem like a man existing out of time (question: what secret tonic is Jon Hamm taking to stay this young?), but as we saw in this first step toward The End, Don has to live with his past. We saw it in the sudden death of the department store heiress he seduced in an early episode, and you can bet there are more ghosts coming for him, and many of them are going to hit closer to home than that one illicit fling. He has kids (expect to get a serious dose of Sally before the series wraps) and ex-wives and a name he left behind — the guy is not getting out of this thing easy.

Of course, the show has grown in scope, bringing in other characters to become prominent vehicles for the overall story line, and Don doesn't have to carry as much weight as he did when this show debuted eight years ago. Those characters aren't getting out easy, either. Peggy is waiting to break out of her cage, Joan has found some added swagger, Pete still might be a serial killer and Roger Sterling could easily transform to cult leader before we're done.

Will Don get out alive? Maybe. But that Don Draper of the slicked-back hair, epic sexual Rolodex and corner office is going down, and it's going to make for some excellent television. ♦