Two and a Half Men

Moonlight beautifully examines the intersection of sexuality and masculinity 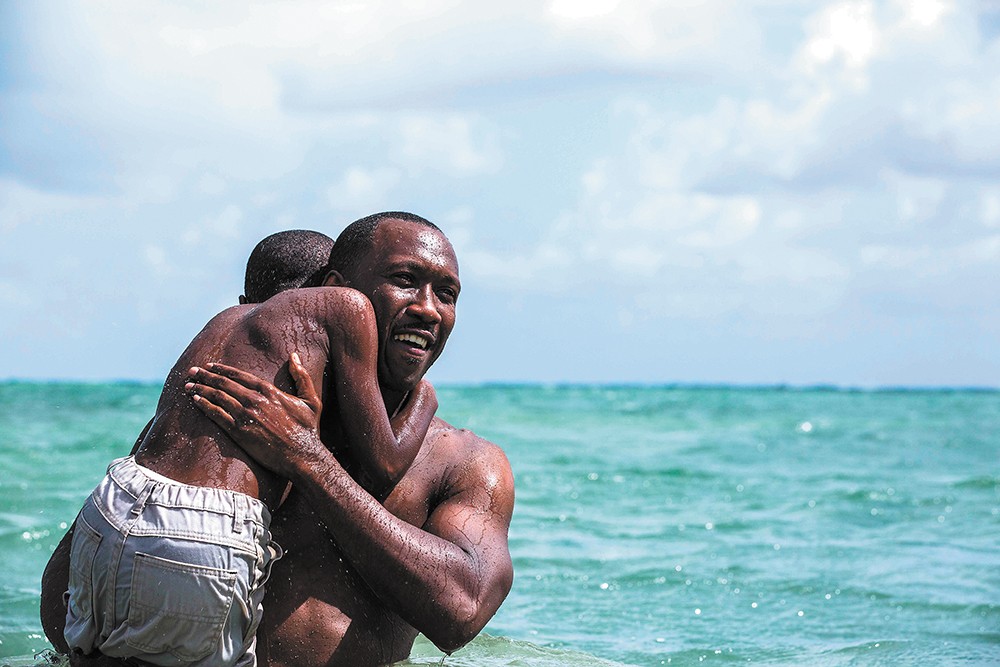 Moonlight takes us through a young man's life in three stages.

9-year-old Chiron (Alex Hibbert) asks local drug dealer Juan (Mahershala Ali) early in Barry Jenkins' revelatory Moonlight. It's a hard question for anyone, and an even harder question in the hard Miami neighborhood where Chiron is growing up. Living with a crack-addicted single mother (Naomie Harris), Chiron faces a struggle with basic survival. That's even before taking into account the chasing and bullying he already faces from classmates, before he even has a chance to understand his own sexual identity, and how it could be possible to embrace that identity as a poor black male in America.

But Juan's response is perhaps unexpected, with no rebuke or insult. There's compassion in Juan's words, and assurance that Chiron will have a chance to figure out for himself who he is. That surrogate parent relationship is only one part of the magnificent complexity of Moonlight, where basic questions of identity become some of the hardest questions a person can possibly face.

Adapting the semi-autobiographical play In Moonlight Black Boys Look Blue by Tarell Alvin McCraney, Jenkins tells Chiron's story in three parts, beginning with that 9-year-old, who has been given the dismissive nickname of Little. Later, as a high-school student (Ashton Sanders), we see him have his first sexual experience with his friend Kevin (Jharrel Jerome), at the same time that being perceived as weak exposes him to an even greater threat of violence. Then, as a grown man (Trevante Rhodes), Chiron — now using the street name Black — has in some ways taken over the role once held by Juan, before unexpectedly hearing from Kevin (André Holland) after many years.

Jenkins' narrative structure presents an obvious challenge in casting, with a need for three actors of different ages who somehow create a complete character. These three actors meet that challenge remarkably, as Jenkins guides them to body language and facial expressions that achieve a beautiful, cohesive picture of a boy struggling to become a man without knowing if he can openly be the person he truly is. Collectively, they're one of the year's most mesmerizing performances.

It's such a distinctive structural dynamic that it would far too easy to get caught up in it, and ignore the beauty of Jenkins' visual storytelling. While at times he opts for a naturalistic vibe with diegetic music, he understands when to shift toward something more haunting and composed, with an equally evocative score by Nicholas Britell. His use of the beach as a recurring motif allows for some of Moonlight's loveliest scenes, yet Jenkins and cinematographer James Laxton can also create a single startling shot out of something as simple as a teenage Chiron pulling his battered face out of a sink full of ice water, facing his future with a grim determination. At every turn, Jenkins refuses to allow Moonlight to take the obvious turn, even as it ventures into territory that could have played out as surviving-the-'hood cliché. ♦

Moonlight is not showing in any theaters in the area.