The Book of Mormon brought back the non-theatergoer's faith in the musical, and gave a kid from South Dakota a chance at the big time 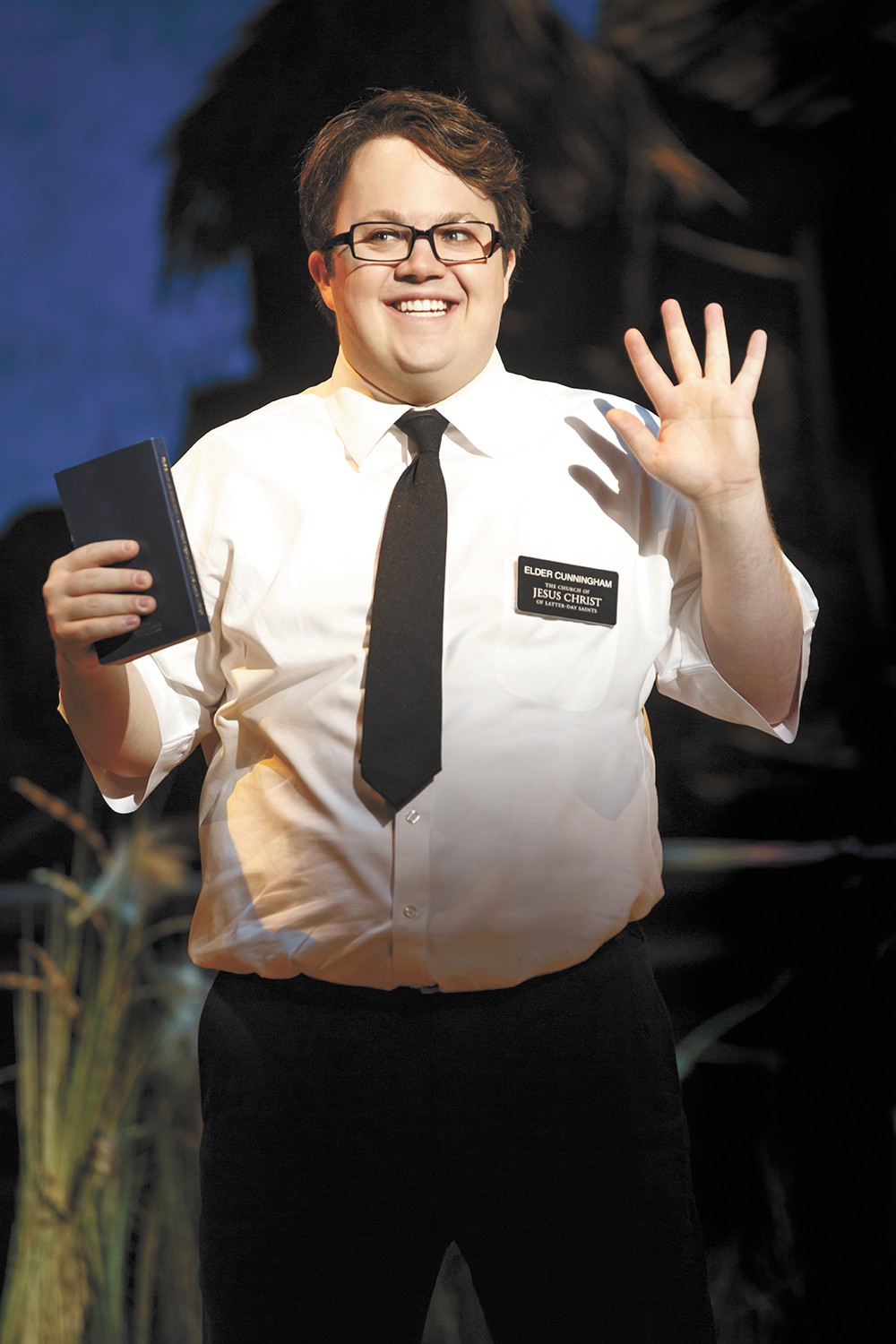 Joan Marcus
Cody Jamison Strand as Elder Cunningham in The Book of Mormon.

Cody Jamison Strand had just been cast as a stand-in for Elder Cunningham in the first national tour of the hit musical The Book of Mormon, but he wasn't sure exactly how to break the news to his father, an Assemblies of God reverend back in South Dakota.

"We'll just ease your father into this," his mother had said upon hearing the soundtrack for the first time.

The show is crass, in your face, a work people of any devout faith could take issue with. Like almost any other artistic medium, theater doesn't adhere to strict censorship rules, so without Comedy Central holding them back, South Park creators Trey Parker and Matt Stone, along with Robert Lopez (who co-created the adult puppet musical Avenue Q and co-wrote songs for Frozen), invented the most lovably vulgar musical of the decade.

Part homage to the greatness of the American musical, part making fun of it, The Book of Mormon's songs are ridiculously catchy, the story fast-paced and actually uplifting when it wants to be.

The show follows two naïve Mormon missionaries, Elders Kevin Price and Arnold Cunningham, on their quest to convert a Ugandan village. The residents, however, are more worried about things like neighboring warlords, famine, AIDS and maggots in their scrotum than the well-being of their spiritual lives.

"It's kind of a phenomenon, because the show is just so damn good and fresh, something that people have never seen before," says Strand from Seattle, the tour's stop before coming to Spokane next week.

Strand, now 25, had first seen The Book of Mormon as an impressionable University of South Dakota student when it opened in 2011 on Broadway. He says he remembers watching Josh Gad's portrayal as the blundering but sweet Elder Cunningham and thinking that he could do that too. Fresh out of college the next year, with the financial backing of his grandparents, Strand moved to New York City, got an agent, went to his first audition and landed the stand-in role in The Book of Mormon.

"It's stupid how it happened. People said, 'Oh, we're so happy for you,'" he recalls, using an affected fake voice of other actors who probably weren't so happy for him.

The stand-in moved to a full-time position, and then a call to the Broadway production before finally joining the Chicago-based tour group in January. After nearly two years with the Elder Cunningham role, Strand says he's not sick of playing him yet.

"I still find new things every time I go on," Strand says. "And the audience is still eating it up, which is so uplifting. It helps that it's a comedy."

Theatergoers aren't tired of seeing it, either. In the three years since it hit Broadway, the musical has been sold out more often than not. Even now, a ticket for the most popular days of the week on Broadway can set you back $500. The show won nine Tony Awards, including Best Musical, and its soundtrack, spiking at No. 3 on the Billboard charts, is the highest-charting Broadway cast album in decades, cementing The Book of Mormon as the musical for people who thought they didn't like musicals.

Joan Marcus
The two missionaries in The Book of Mormon encounter their prospective converts.

The Mormon Church has maintained a healthy attitude about the show, but that doesn't mean it hasn't fought back. Strand says it'll often take out ads in theater programs, offering people a chance to peruse the true Book of Mormon. Sometimes real Mormon missionaries, dressed just like the ones portrayed in the show, will stand outside theaters evangelizing.

These days, Parker is still a director for the show; he'll step in every six months or so to make sure things are still running smoothly.

"He can examine the joke and your delivery and tell you exactly how to make it better, mostly because he wrote it," Strand explains.

It was through explaining that all of the jokes and songs had a place in the show, and moved the plot along, that Strand convinced his dad the musical was OK.

"Now he loves it," Strand says with a laugh. "But he still thinks it could do without so many F-words." ♦