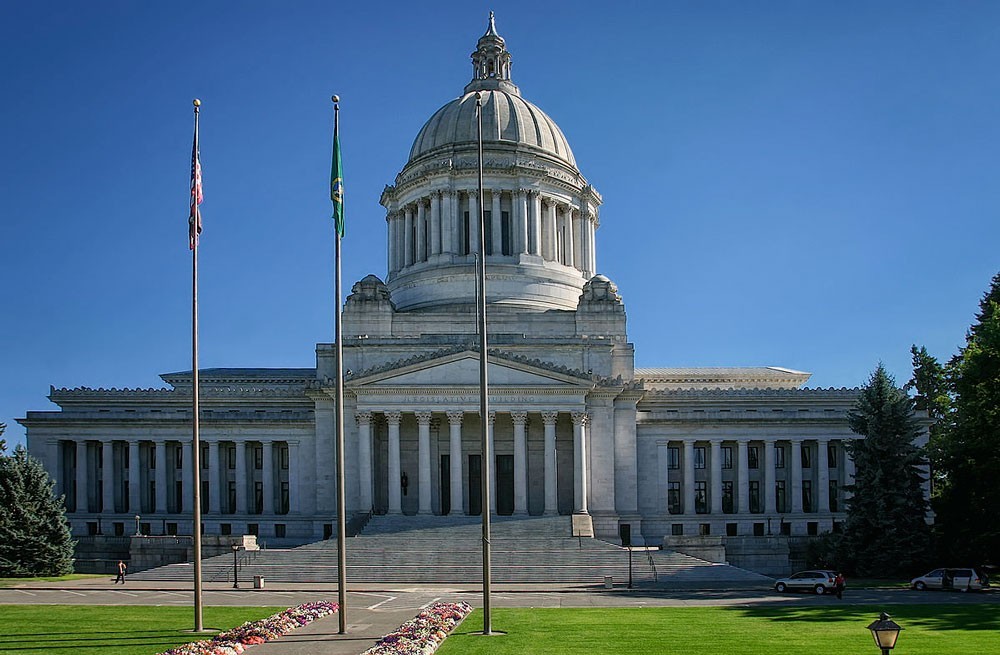 Chemicals in the same family

as those that caused drinking water near Fairchild Air Force Base to be deemed undrinkable last year could be partly banned in Washington if two proposed bills pass the legislature.

The first, HB 2658, would tackle per- and polyfluoroalkyl substances, commonly referred to as PFAS, in food wrappers and packaging by 2021.

The two such chemicals that were tested for and found near Fairchild, most commonly known by the abbreviations PFOA and PFOS, were widely used for decades in firefighting foam, as on the base, and in many consumer products, such as nonstick cookware, carpet and clothing.

Since those two chemicals in particular have been linked with potential health impacts, including cancer and reproductive issues, the U.S. Food and Drug Administration no longer allows them to be used in food wrappers, but their closely related PFAS cousins are still widely used.

"What we're learning as these chemicals are tested is they appear to have many of the same health effects," says Erika Schreder, science director at Toxic-Free Future.

The same characteristics that make the chemicals work well on hamburger wrappers and the sheets of paper you use to pick up bakery items — their durability and resistance to grease and water — are the same qualities that can make them dangerous. The state Department of Ecology identifies PFAS as persistent, bioaccumulative, and toxic.

The bill hinges the PFAS-treated food packaging ban on the results of an Ecology-led study of alternatives, which would have to be done by January 2020.

"A quick ban is appropriate in this case because other alternatives are already in wide use," Schreder says, "and this is an area where we can quickly reduce exposure."

A second bill, HB 2793, would tackle PFAS exposure for firefighters by requiring manufacturers to disclose when those chemicals are used to make protective gear, and by restricting the sale of firefighting foam made with the chemicals starting in mid-2020.

Firefighters can use the foam to fight liquid fires — think gasoline or alcohol — and in training and real-life scenarios, they are often exposed to the chemicals, which is a concern, as the leading cause of death for firefighters is cancer, says Michael White, legislative liaison for the Washington State Council of Fire Fighters.

The foam restriction wouldn't apply to places where federal rules still require the older compounds to be kept on hand, such as at major airports. Other foams already on the market can fight the same fires.

Bill sponsor Rep. Strom Peterson, D-Edmonds, says the bill is as much or more about public safety as it is about helping protect firefighters, as the chemicals can make their way into drinking water and affect the general population.

"If this gets into a water system that especially affects kids, and young developing bodies and minds, those kind of effects are really unknown," Peterson says, drawing a comparison to lead exposure in places like Flint, Michigan, where serious impacts have been felt hardest by the most vulnerable.

Both bills were scheduled for public hearings in the House Committee on Environment Tuesday afternoon. ♦

The original print version of this article was headlined "Chemical Brothers"