Ukraine swears in comedian as president, Grumpy Cat dies, and other headlines

NEWS: Washington nurses now have uninterrupted meal and break time under a new law that went viral during the session when Sen. Maureen Walsh (R-Walla Walla) argued that critical access hospitals should be exempt because nurses at those smaller hospitals "probably play cards for a considerable amount of the day."

CONCERT REVIEW: Although it was a solo show, Neil Young's performance in Spokane on Saturday wasn't lacking in a diversity of instruments as he joked with the crowd and played through a 100-minute setlist (read more about it from Dan Nailen).

NATION & WORLD: The internet sensation Grumpy Cat, whose memes spoke to the cranky pessimist in all of us, sadly died this weekend. We hear she isn't impressed by heaven either. 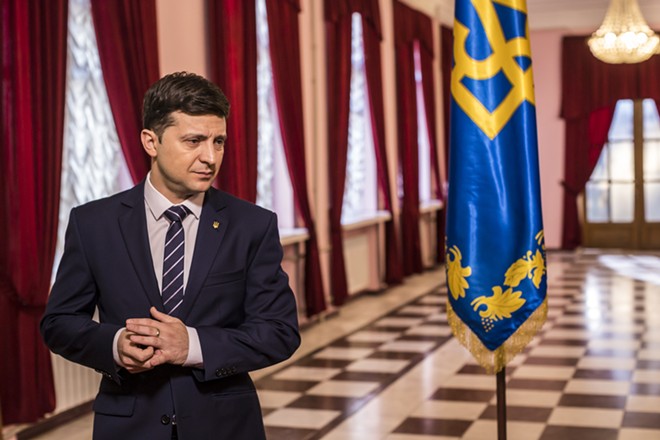 Brendan Hoffman/The New York Times
Volodymyr Zelensky on set for his television show, "Servant of the People," in Kiev, Ukraine, Feb. 17, 2019. Zelensky, an actor with no political experience, easily finished first in Ukraine’s election, and will face the incumbent president in an April 21 runoff.
Another country elects TV star who rants about political corruption to be president
On Monday, Ukraine will swear in comedian Volodymyr Zelensky, who has no political experience, as its president. As the BBC reports, the plot of a TV show he starred in involved his character going viral for ranting about political corruption and then accidentally becoming president.