Michael Bay's 13 Hours is a war film without the war 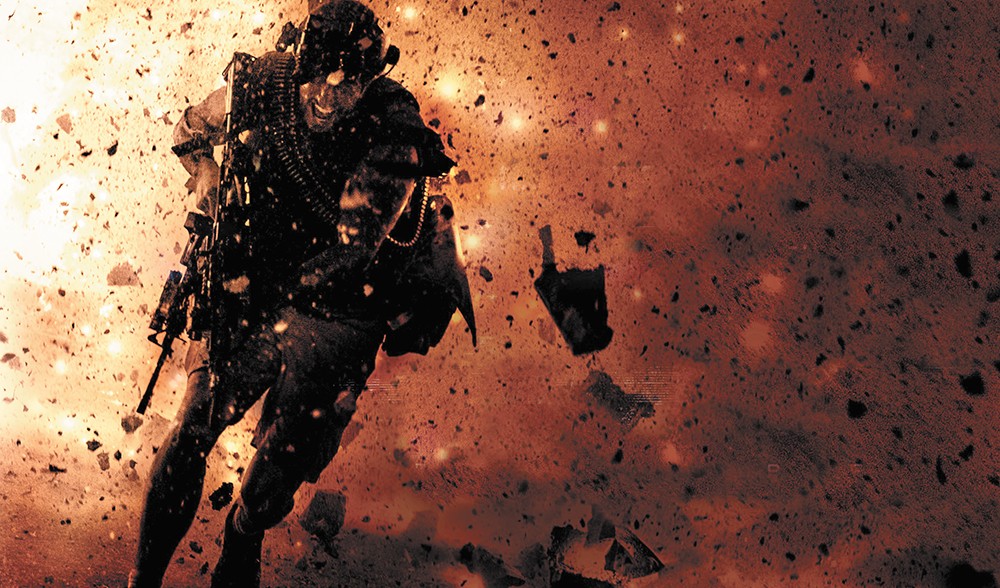 13 Hours is less about the catastrophic events of American foreign and military policy than it is about the brothers in arms — ex-military hired contractors ... mercenaries really — who did their best to save U.S. Ambassador Christopher Stevens when Libyan militants overran the American diplomatic compound in Benghazi on September 11, 2012.

I'll give Bay this: 13 Hours ratchets up the tension well into the nail-biting red zone, but the film doesn't so much feel like your usual Michael "Blow It Up" Bay action orgasm (see: Transformers ad nauseam) as it does a placeholder for the director's next giant robot onslaught. That doesn't mean it's a lousy film (it's not), and Bay's signature warrior ethos is well in hand here, but as I sat through the nearly two-and-a-half hours, I couldn't help but compare it to 2001's vastly superior Black Hawk Down.

Ridley Scott's cinematic accounting of the U.S. military's snafu-ed Somalian mission in 1993 threw you into the Mogadishu melee with gritty, gory élan. Bay's movie is a siege film, albeit one with an excess of slo-mo explosions, repeated images of the American flag in varying states of distress, and the director's iconic imagery of children playing in a field. Hey, that's his aesthetic, and in films like, say, Pearl Harbor, it can work. But not so much here.

In lieu of crumbling cityscapes or the utter destruction of America's Pacific Fleet at Pearl Harbor, Bay has crafted an ensemble war drama that hearkens back to any number of historical, action-oriented films. (Even The Alamo gets a mention.) Best buds and ex-military muscle Dave "Boon" Benton (David Denman) and Tyrone "Rone" Woods (James Badge Dale) are a cobbled-together team tasked with protecting a not-very-clandestine CIA site along with another four mercs — one of whom is stoically plowing his way through Joseph Campbell's The Power of Myth — when the fledgling Libyan democracy movement goes pear-shaped and the ambassador, only a mile from our guys' station, is suddenly in serious trouble.

From here on out, 13 Hours morphs into a flighty, chaotic mix of standard war-movie tropes mixed in with some finely choreographed battle set-pieces. As a "band of brothers"-style meditation on the power of true friendship in the heat of exploding RPGs, it feels real enough, but I couldn't help thinking: Is this the movie a Muslim-phobic, paranoid and outright reactionary America really needs right now?

The audience I caught it with whooped and hollered whenever one of those dark-skinned bad guys bought the proverbial farm, although Bay does manage to include a final shot of Libyan women weeping over the corpses of their dead after the Americans finally pull out. A weird mix of pseudo-jingoism and Bay's usual bombastic firepower, 13 Days ends up being a straight-up war film without an actual war in it.♦

13 Hours: The Secret Soldiers of Benghazi is not showing in any theaters in the area.