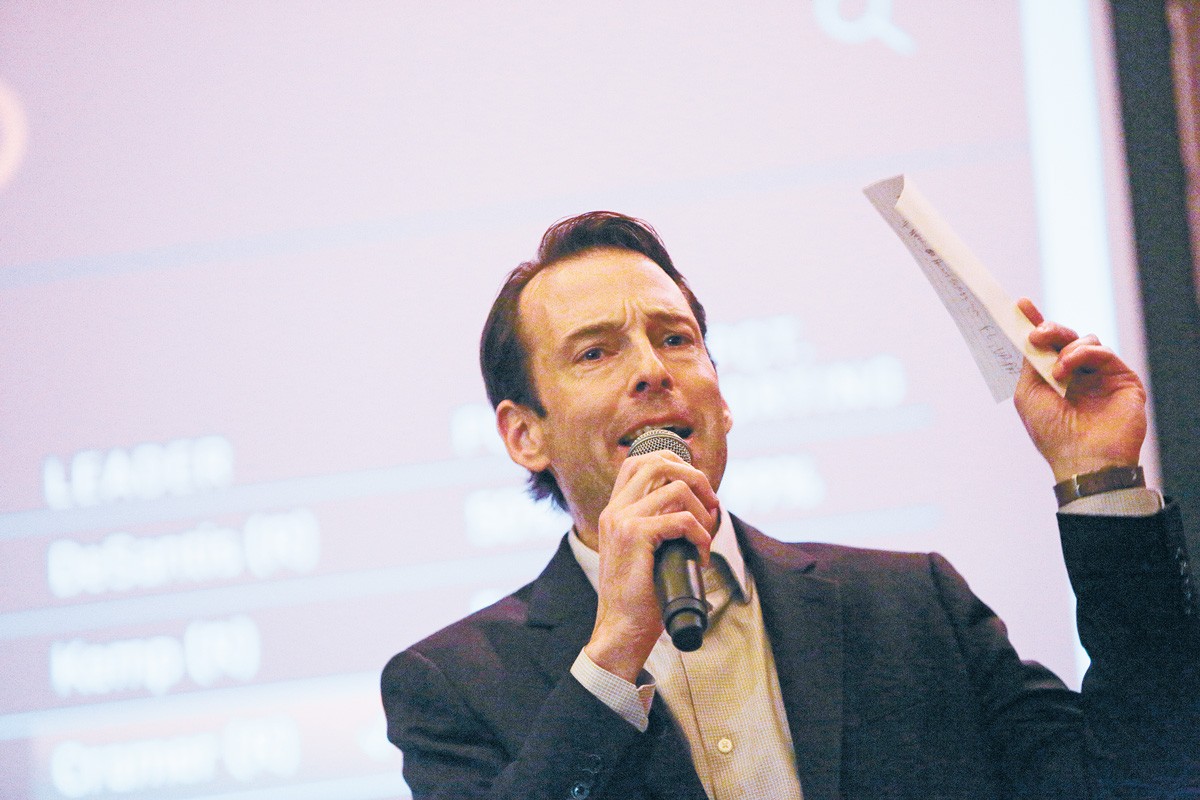 Young Kwak photo
Senate Bill 5061, co-sponsored by Sen. Andy Billig, D-Spokane, and passed by the Legislature will lower the unemployment taxes faced by businesses hit hard by the pandemic.

Last spring, a pandemic the likes of which the world hadn't seen in a century forced leaders to shutter their economies in ways few people living today had ever experienced.

The impacts were swift. Soon after Washington Gov. Jay Inslee ordered people to stay home and restricted in-person services of nearly all kinds in March, the state saw a sudden, unprecedented increase in unemployment.

Previously, the worst month for initial unemployment claims had been amid the Great Recession, when 90,331 people signed up in December 2008. Compare that to March 2020, when 306,544 people made initial claims, and then April when another 457,221 signed up for benefits.

Washington came into the crisis with one of the healthiest unemployment trust funds in the country, sitting at $4.8 billion. But even with federal funds helping those on unemployment last year, the fund dwindled to $1.4 billion with pandemic-related payouts.

While Washington remains one of the few states that haven't had to take a federal loan to remain solvent, state rules dictate that the trust fund needs to be replenished by employers.

So employers around the state recently received their new unemployment insurance tax rates for 2021, with many receiving eye-popping increases of 200 percent, 500 percent, even 1,500 percent. Some businesses previously paying hundreds of dollars per year now expected to pay thousands or even tens of thousands.

That's because the calculations for yearly rates are intended to ding employers who put more strain on the system. But these aren't normal times, many owners point out.

"We were forced to shut down, and now we've gotta pay for it, too, with no revenue," says Tom Handy, owner of Paradise Creek Brewery in Pullman. "The unemployment system was set up originally to protect workers from unscrupulous practices by employers, if we fire people willy-nilly or hire too many people and lay them off, hire them back, lay them off again. ... But now it's the government that caused it."

Paradise Creek's tax on their payroll is set to go from 0.1 percent to 1.47 percent, which would be about a fifteenfold increase, largely because their entire staff went on unemployment at one point last year. That comes as a blow when the business is still restricted like many other restaurants and bars, operating at a loss while they try to weather the financial storm, Handy says.

"We're paying for something we had nothing to do with, with money we weren't allowed to earn," Handy says. "We've never been allowed to get back to normal, and by the way things are looking, it might be another six to seven months, maybe more."

The good news? Washington lawmakers, recognizing the massive strain on businesses already teetering on the edge of collapse, passed a bill last week to eliminate $1.7 billion in tax increases that over the next four years would have been automatically charged to employers whose workers went on unemployment. Should Gov. Inslee, who requested the legislation, sign it into law soon, an included emergency clause means employers could get new, lower tax rates in the mail before their April due date.

In Idaho, meanwhile, Gov. Brad Little used $200 million in CARES Act money to help their trust fund, which resulted in a decrease in many Idaho employers' unemployment insurance rates.

But more work for Washington remains as the trust fund continues to be used while there's still no end in sight for pandemic-related restrictions on the business community.

State Sen. Karen Keiser, D-Des Moines, is intent on focusing relief on those businesses hit hardest over the last year.


"One of the important things to keep in mind here is this has been a very uneven pandemic in its effect and damage for both people and for companies," Keiser says.

But one of the fastest ways to get relief to everyone was by making several across-the-board changes to unemployment included in Senate Bill 5061, which Keiser introduced. The measure — co-sponsored by Sen. Andy Billig, D-Spokane, and others — received broad bipartisan support, passing 42-7 in the state Senate on Jan. 27, then passing 89-8 (1 excused) in the House on Jan. 29.

Most significantly, the bill would help lower the tax rate employers were hit with this year by removing the outlier of last spring when calculating this year's unemployment insurance rates.

Several factors go into determining an employer's unemployment taxes, including something called the "experience" rate, which increases when an employer has more current or former employees using unemployment.

With last spring's COVID-19 restrictions, many employers who had rarely or never used unemployment before suddenly had most, if not all, of their employees using the safety net. As a result, their experience tax increased for this year.

"It's like automobile insurance in the sense that if you have an accident, your premium goes up," Keiser says. "It's not really fair because there are companies like small restaurants where they've had to lay off their entire staff."

Upset employers have shared their stories across social media, noting that their rates in many cases were rising from a tax of less than 1 percent of their payroll to more than 4 percent or even 6 percent. One Spokane-area employer who didn't want to go on the record noted in a public Facebook thread that their expected cost would go from about $4,000 per year to $20,000 or more.

The legislation would remedy much of the increase by not factoring the $1.2 billion of unemployment benefits paid from March 22 to May 30, 2020, into the experience rate.

Because the system requires that employers replenish the fund, more than $920 million in tax increases were expected this year alone. However, the legislation would prevent $1.7 billion in automatic tax hikes that were expected between now and 2025.

On top of suspending or waiving other taxes that would increase employer rates, the measure would raise the minimum weekly benefit that's paid to workers from $201 to $270 starting in July.

To prepare for the next major health crisis, it would also change the rules for weekly claims so high-risk people who can't work from home can quit their job and get benefits without impacting their employer's experience tax, charges can be waived for employers who have to shut down or reduce hours due to an infectious public health emergency, and the one-week waiting period to receive benefits can be waived when federal funds are available as they have been during this pandemic.

"Unemployment insurance is funded by employers so we have to work out a future plan as well," she says. "The approach this bill takes builds back the trust fund slowly but surely over five years."

Keiser thinks there's also some opportunity to target federal or state funds for grants for business owners who need assistance most. While that would take more lawmaking, she envisions grants intended for "voluntary contributions" that allow employers to essentially buy down their experience rating. Otherwise, the increased tax rates can stick with and impact employers for years to come.

"My intent is to get money either from the federal government if we get another tranche of relief in the next couple months, or from our budget stabilization account to target certain businesses, say small restaurants," Keiser says. "We need to be really targeted for those that really need relief on their rate class."

Meanwhile, she's proud of the swift work to pass SB 5061.

"I'm so excited," she says. "I just want you to know that government can work, and we can work together." ♦