The Fifth Estate makes it hard to root for Julian Assange 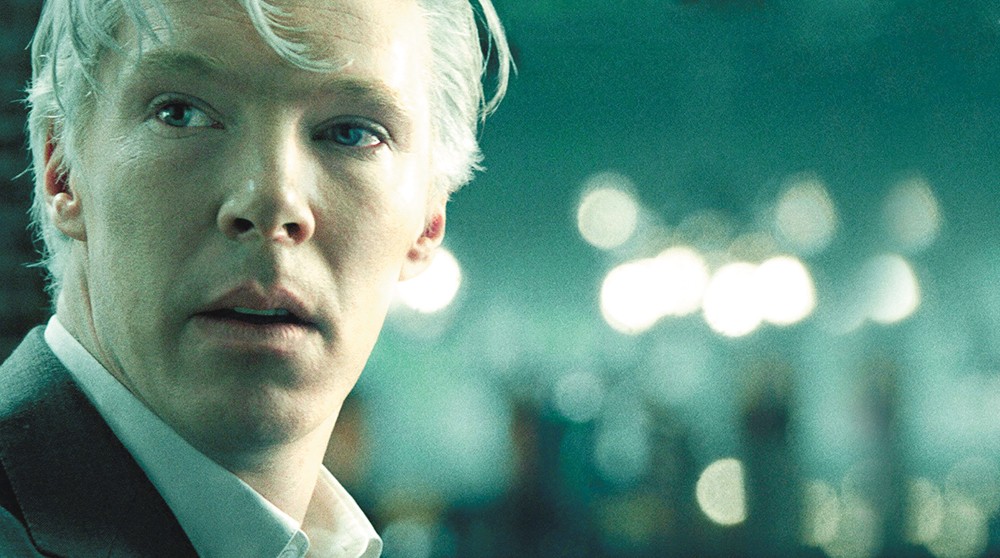 Benedict Cumberbatch shows some skill, but can't save The Fifth Estate.

Any protagonist in any movie has got to have at least some little something that draws you to him. I mean, c'mon, even Hannibal Lecter exuded some charm when he wasn't ripping the faces off of people.

But that's not the case with Julian Assange, the founder of the "anti-secrecy" website WikiLeaks. As played by Benedict Cumberbatch, Assange comes across as someone who's passionate about his calling in life but is also a practitioner of questionable ethics, a man without even a hint of social graces and, to put it bluntly, a jerk. Seriously, do you really want to spend any time with this guy?

The film begins with WikiLeaks' massive 2010 leak of secret files and military records concerning U.S. activities in Afghanistan, then goes back to 2007 when the organization was just a one-man operation in Europe.

There was soon to be another person working with Assange, a German computer expert named Daniel Berg (Daniel Brühl), who fell under Assange's spell. Assange was the leader; Berg the willing follower. Assange was the idea man; Berg did all of the grunt work. Berg was just a regular fellow; Assange was a mystery man living in his own bubble.

WikiLeaks' intent was to expose corruption in the world, including human rights violations, by offering anonymity to whistleblowers who would send information to the organization. That's how wrongdoings in a Swiss bank and death squads in Kenya were made public.

One of the film's problems is how director Bill Condon (Gods and Monsters, the past two Twilight films) shows the way things work. The WikiLeaks system is explained via some dazzling visuals that are more distracting than useful. A similar situation occurs later when Condon throws in a couple of surreal fantasy scenes about certain characters' inner thoughts. But they're so jarring, they pull you out of the film.

For some viewers, these problems might keep them interested in watching. The movie is repetitive and draggy, constantly presenting Assange's quiet rants concerning true commitment to causes and the sacrifice that goes along with it, or keeping up the folly of telling others of the "hundreds of volunteers" in the organization, when there are only two, or the ever-building rift between Assange and Berg when, for example, Berg suggests to his boss that they are journalists, which means they have to verify their sources.

Assange, never willing to veer from his mission, including protecting those sources, doesn't care about being professional. No matter what he's putting up on his website, he's convinced it's "information the world needs to know."

While WikiLeaks involves only two people, the film is filled with lots of folks on different sides of different issues. David Thewlis plays Nick Davies, a reporter at the British daily The Guardian and an early supporter of getting Assange's information in print, as long as names are redacted in order to keep the people safe. The U.S. State Department (Laura Linney and Stanley Tucci, wasted in brief roles) gets involved when Assange starts to make a name for himself in Europe.

When the stakes reach new heights, as with the release of that Afghanistan information, some interesting turns take place, Assange growing paranoid over the idea that he's being watched by the CIA.

"They're looking for us; they've got people everywhere!" he says in one of his very few excitable moments. But in the end, the film fizzles without ever catching fire. Even in the supposedly revelatory coda, Assange remains a total mystery, except for one thing: No one likes him. ♦