Will an isolated city park be designated an 'urban growth area,' setting the stage for more sprawl? 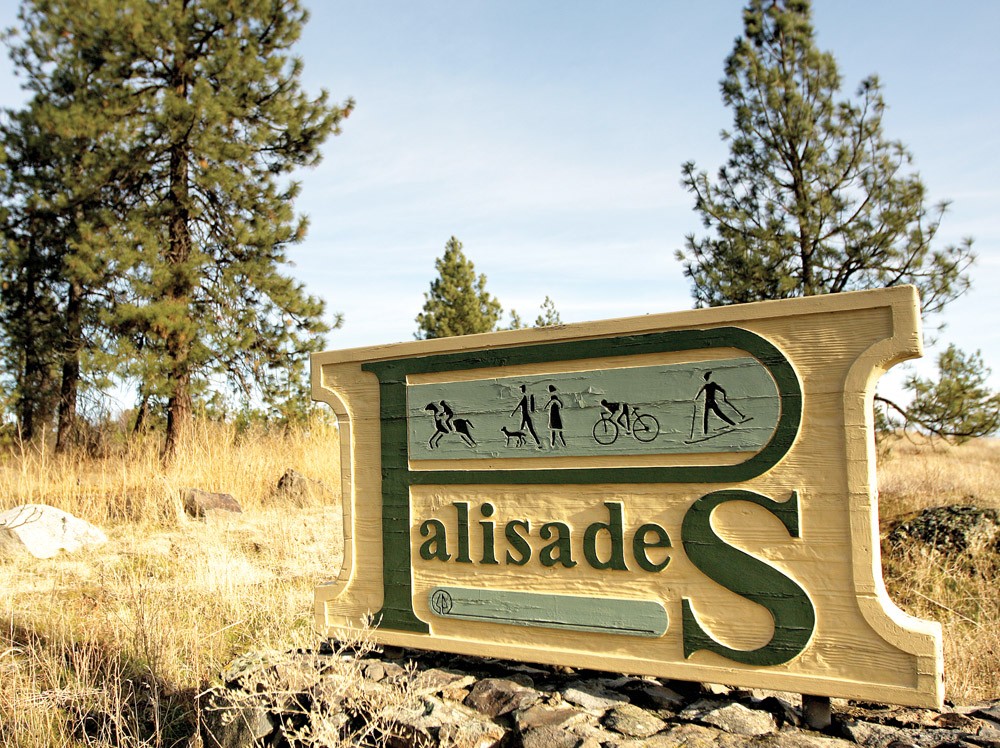 Just above the cemeteries that Bloomsday runners flood past every May, the city of Spokane turns, almost instantly, into wilderness. The forest of evergreen trees rises into rocky cliffs, brush and muddy trails overlooking the downtown skyline far below.

This is Palisades Park, hundreds of acres of hilly, untamed open space outside of city limits — even though most of it has been owned, for over a century, by the city.

Brandon Brown is renovating a home near the park. The house is flanked by a series of “No Trespassing” and “Beware of Dog” signs. Brown says that he, like many of his neighbors, loves the expansive neighborhood and the privacy it affords. When his family hikes in the park below, they spot deer, moose, even coyotes.

In other words, despite being so close to Spokane, the area is not — by any stretch of the definition — urban.

Which is part of the reason neighbors oppose a proposal by Spokane County Commissioner Al French to add 461 acres, including Palisades Park and a nearby private school, to the county’s urban growth area. Nearby neighbors, Spokane city planners, the Spokane City Plan Commission and the Spokane City Council have all recommended against placing the park within the growth-area boundaries, but ultimately, it’s the county commissioners’ decision.

Urban growth areas, part of the Growth Management Act passed by the state Legislature in 1990, are a powerful tool intended to limit sprawl by forcing denser development into urban locations. Outside growth areas, density and utilities are limited.

And it’s now time for Spokane County to update its boundaries, making sure the area is large enough for the next 20 years of population growth.

But when it comes to including Palisades Park within those boundaries, Spokane city planners see problems. The rocky and steep terrain makes installing utilities pricey. The parks department has no vision to convert the wild park into an urban area. In fact, the city’s been doing the opposite, pumping in conservation funds to buy up the remaining lots within the park.

Nearby neighbors, too, don’t want the park to become more urban. The Palisades Neighborhood association worries that including the park within the growth boundaries would increase development around it and would make it harder for the city to buy and protect the remaining plots within it.

“We’d fight it,” Brown says about any development in his neighborhood. He chose to live here, away from development. He may use a well to get his water — but it’s good water. He likes it that way.

There are four different proposals for changing the urban growth area. Three of them were produced by county staff members, but the fourth and most expensive version came from the county commissioners. The map for this proposal includes not just Palisades Park but a site for the jail, extensions in the Geiger area, Moran Prairie, Bigelow Gulch and a large swath of the Mead and Mount Spokane areas.

The city’s planning commissioners examined the latter, looking at the areas near Spokane, and — straight down the line, 10-0 — rejected every addition.

“The regional land-quantity analysis for Spokane County concluded that there was more than enough [to handle] the population for the next 20 years,” says the plan commission’s president, Karen Byrd. First, developers need to fill in the current growth area, the commission believes, instead of adding even more sprawl.

But County Commissioner Al French, who has worked for decades as a developer and an architect, says this premise is flawed. The sour economy makes it harder to finance — and sell — denser developments. Houses would need to be torn down and replaced with apartment complexes to get the required density, French says.

“Whenever there’s been an opportunity to increase density, the neighborhood comes out screaming — we end up staying with the status quo,” says French, who served for nearly a decade on the City Council before joining the commission.

If a developer buys land before it’s part of the urban growth area and sells it after it’s added, it can turn quite a profit.

“I would look at all those [proposed additions], and find out who owns them. It’s a bizarre patchwork quilt of additions, if you ask me,” says City Councilman Jon Snyder. “A lot of them don’t make a whole lot of sense.”

The council — with the exception of Nancy McLaughlin — sided with the plan commission when it rejected the county’s proposal.

But Palisades Park isn’t about development, French says. “The only way it could be developed is if it’s sold,” he says.

For him, it’s about annexation. He wants the city to annex Palisades Park, which it already owns. To do that, it needs to be within the urban growth area.

This week, the City of Spokane officially took control of 10 square miles in the West Plains, an area that includes taxrevenue-laden businesses like Walmart. It’s the largest annexation in the city’s history, and the revenue that will shift from the county to the city is estimated at $1.2 million per year.

Lately, state law has given cities most of the power when it comes to annexation, leaving counties little recourse but to complain about lost revenue.

“The city has been known to cherry-pick in annexation,” French says. “Cities are supposed to be taking the areas that generate revenue, as well as the areas that provide community benefits.”

Spokane needs to annex places that don’t necessarily raise revenue, French says. For him, a place like Palisades — with a cemetery, a faith-based school and a city-owned park — is a perfect candidate.

“Why wouldn’t you include areas that the city owns within the city’s boundary?” French says.

And if the city doesn’t want to annex Palisades Park?

“Then sell it,” French says.

“What would be the logic to having the city invest its resources in areas that lie outside of the boundaries with resources being as scarce as they are? … Cities should not own rural areas.”