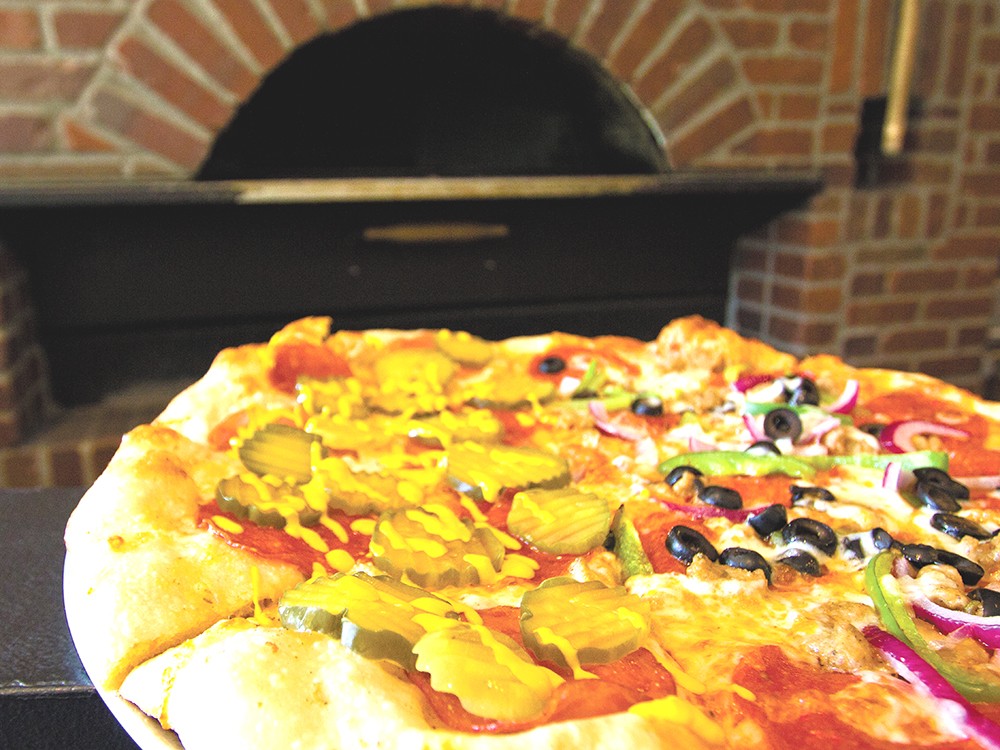 Joe Konek
Brick City Pizza has found a following on the South Hill.

This South Hill pizza joint had only been open for a couple months last winter before it changed its name. A.J. Rodriguez had teamed up with the local Pizza Oven mini-chain to open this spot, but that partnership went sour and soon the fledgling pizza restaurant, located in what was once the Villaggio Pizza spot, had to start over with a new name.

Rodriguez is still charging along, now under the Brick City Pizza flag in this classed-up strip mall on along bustling 29th Avenue. He expanded the menu to add salads, calzones and flatbread sandwiches, but still does the bulk of his business in thin-crust yet hardly skimpy pizzas. Try The Stallion — pepperoni, sun-dried tomatoes, pepperoncinis, mozzarella and feta — an unlikely collision of toppings that come together a symphony of pizzanic perfection.

The joint, which features a patio, also is home to a full bar and an all-local selection of beer taps. They don’t deliver, but if you order pick up, come early, grab a brew and catch a game on one of their flat screens.