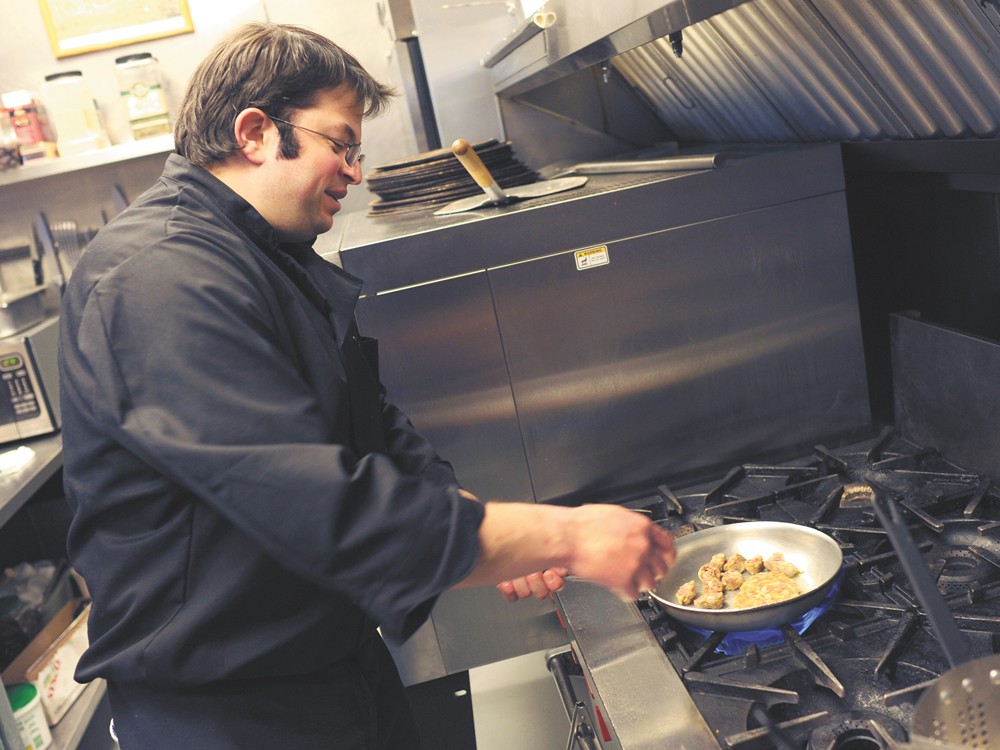 In a way, what the upper South Hill lost when the West Wing of the White House Grill closed in September, after just two years of business, it gained back when the family-run Café Italiano moved there in early December.

Café Italiano manager Vagelie Karatzas and his family relocated their two-year-old, home-style Italian joint to the corner of Regal and 43rd Street from a tiny strip mall spot in the Indian Trail neighborhood. The family plans to eventually reopen the North Side location in the future, once they find a suitable chef, Karatzas says.

Both the size of the restaurant and its menu have roughly tripled, he says, with the menu offering classic Italian cuisine to seafood, Greek and Mediterranean dishes. So far, the community’s reception of the food newcomer has been very favorable.

“We’ve been packed every night,” Karatzas says. “It’s been day and night from the Indian Trail location.”