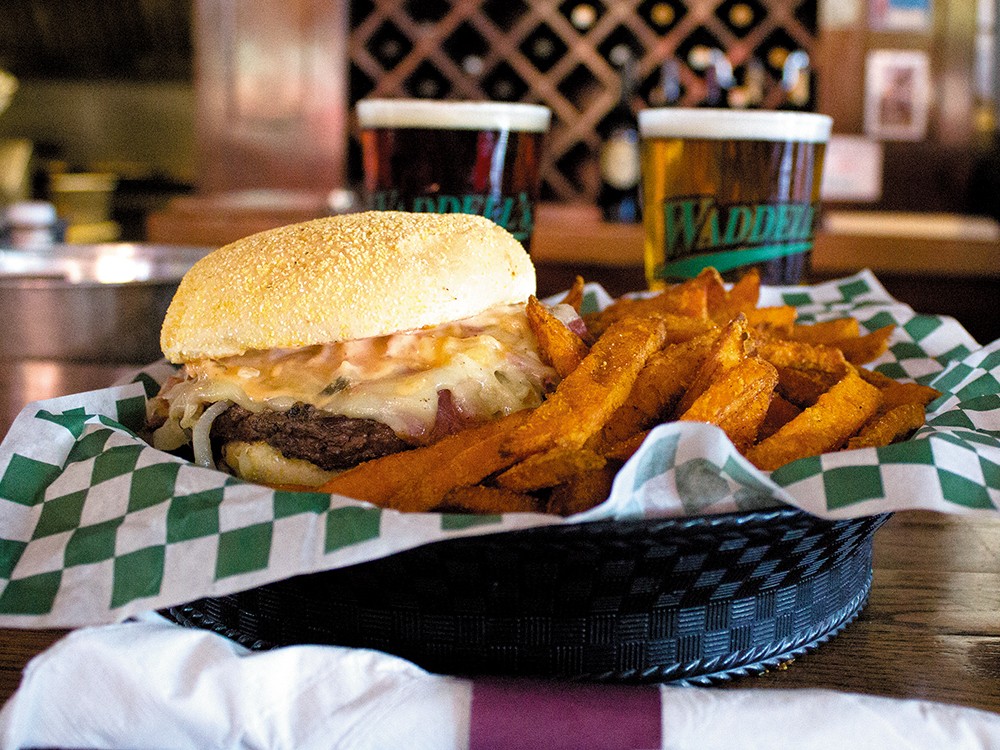 Nick Grauert
The Rube Waddell, accompanied by a beer, of course, is a favorite at Waddell\'s.

Waddell’s clientele come loyally from all over the city to the pub’s South Hill location on Regal Street and 44th Avenue. But the commute soon will be significantly shorter for northern Spokanites hungry for famous burgers and beers on tap. A Waddell’s satellite restaurant and brewery will find a home in the old Tidyman’s building on Francis Avenue, which is set to open in early November.

A new staff will serve a much larger seating area (including a huge patio) with a full bar and the brewery’s new recipes for an amber, IPA, pale ale, and other beers. Items like the Rube Waddell Burger and the “Lamb-Strosity” (both of which were devoured by Guy Fieri a few years back) still will grace the menu, and the kitchen has plans for other meals to couple with measures of whiskey.

If you can’t wait until autumn for Waddell’s brand-new beers, the Regal location serves local brews for $1 on Sunday nights. Definitely worth a trek up the hill.

Every Man for Himself

FESTIVAL — Art on the Green