Update | Dawn of the Donut

Back from the dead 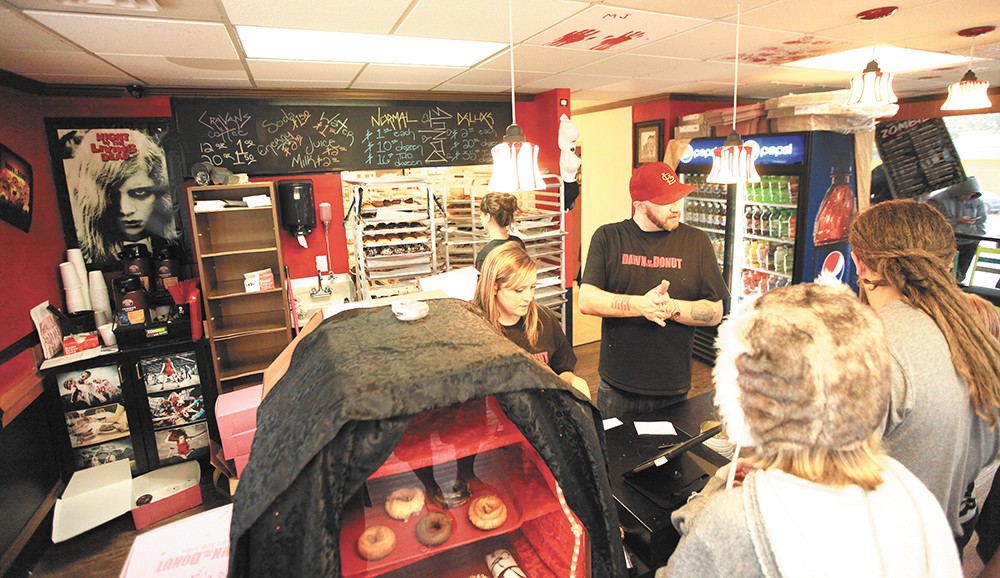 After abruptly closing, Dawn of the Donut is coming back to life, but in a different form.

After its out-of-town owner

announced the impending closure of the zombie-themed Dawn of the Donut early last month, a Spokane couple has since stepped in and bought the business. Its new owners are Joe and Amber Owens — the couple also own Celebrations Bakery, which has locations in the Garland District and Spokane Valley.

They saw the purchase as an ideal opportunity to expand their baking repertoire to donuts. In the few weeks since the acquisition, the couple already has made several major changes, starting by expanding the shop's hours to later in the afternoon and focusing more on product freshness. The business is also set to get a complete décor makeover as it ditches the zombie theme and is renamed, says Joe Owens.

"The zombie theme was something we wanted to change because we viewed it as a distraction to success," he says.

Owens says they'll keep several of Dawn of the Donut's recipes on the menu — and all products will continue to be handmade — but the couple plans to add varieties inspired by local ingredients, like huckleberries. They also plan to offer a small selection of other baked goods at the shop. ♦

Speaking of Dawn Of The Donut , Casual Friday Donuts

Did Dawn of the Donut steal this artist’s work?