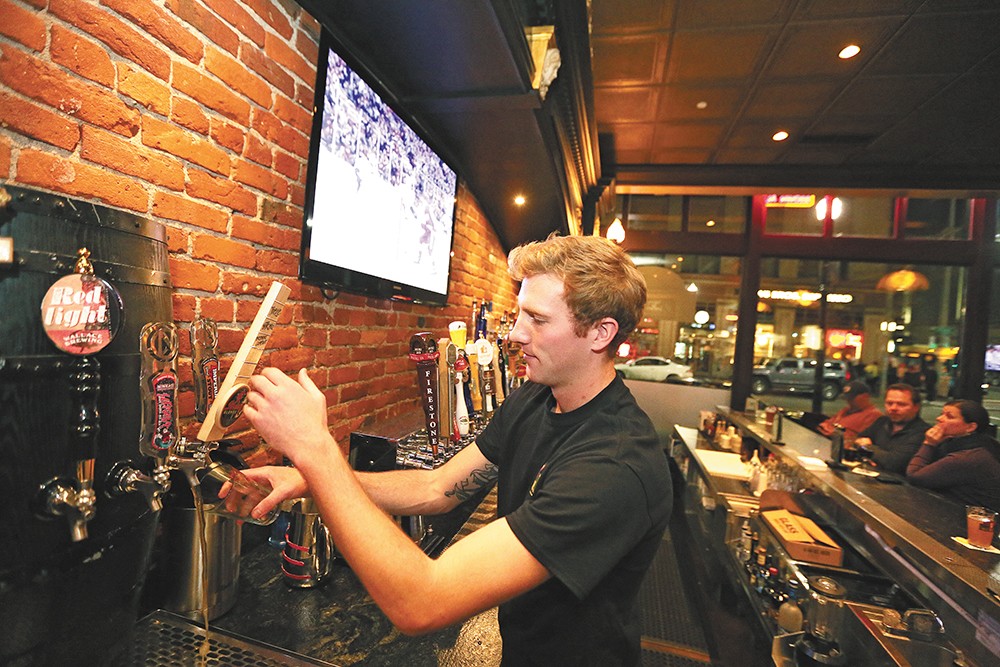 You'd think you should be going to this downtown beer bar for just that, a beer. But Post Street Ale House decided earlier this month to widen its horizons.

The bar has added bourbon and whiskey to its menu — and 40 different choices of whiskey and bourbon, no less. You can pick a flight of four different pours for $15 if you need to taste the field, says assistant manager Darin Tomlinson.

But most still flock to the Davenport-owned pub for beers, which are half off during the super-popular happy hour, running from 4 to 6 pm every day of the week. And if you're hungry late, check out the late-night specials at Post Street, including a $5 burger.

If you want to drink local, and you should, they always have at least a half-dozen Inland Northwest brews on tap.