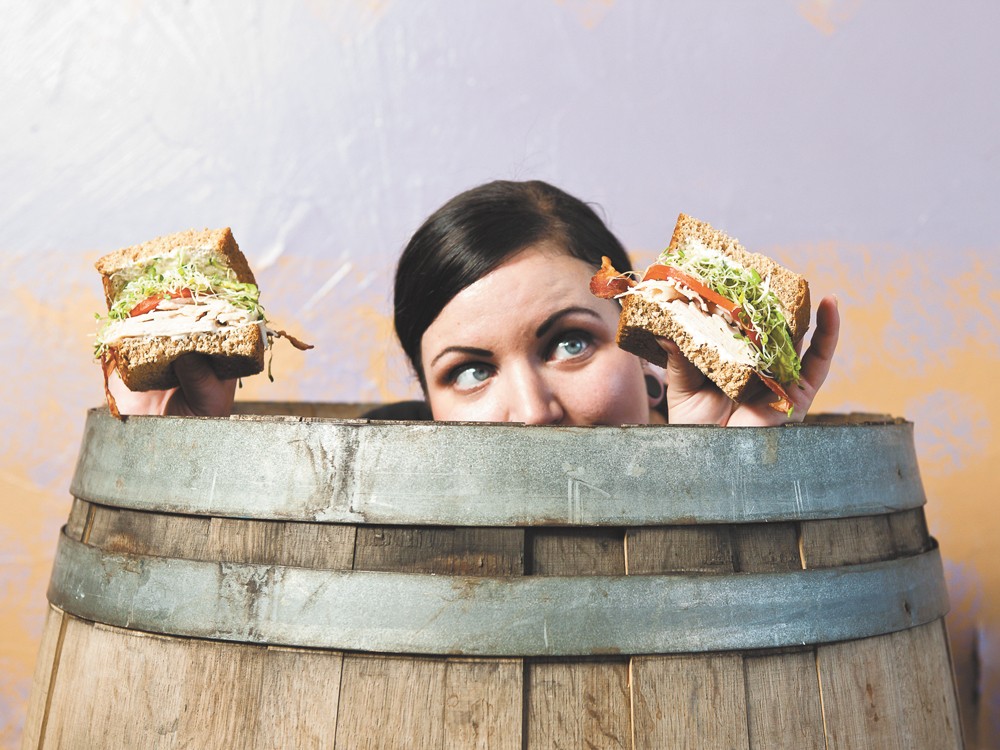 I first went to the High Nooner in college, a decade into its 20-year run. What I found when I went back this week was the same Southwestern theme, the same pine-pole chairs, the same lavender speckling on the walls, the same slightly bawdy T-shirts, the same Island Cola, the same little chocolate chip cookies with every sandwich and the same Unforgettable Nooner ($7.51 exactly, so that and a medium soda come out to exactly $10). The Unforgettable — the High Nooner’s most popular sandwich — had the same cream cheese I remembered, the same turkey, tomato, sprouts, bacon and avocado on a the same pillowy 12-grain bread.

It’s not like I’ve only been to the High Nooner twice. I’ve been there a bunch of times, but it’s the sort of place that — with its workmanlike regularity — can get forgotten in the shuffle of the next hip downtown thing. Whenever I come back, though, I wonder why I waited so long.

Especially when I see the lady working behind the counter is still ending every sentence with “ya sweetheart!” As in: “that’ll be right up for you, ya sweetheart!” and, “All right, you enjoy your lunch now, ya sweetheart.” They treat everyone like this, and, from my experience, always have.