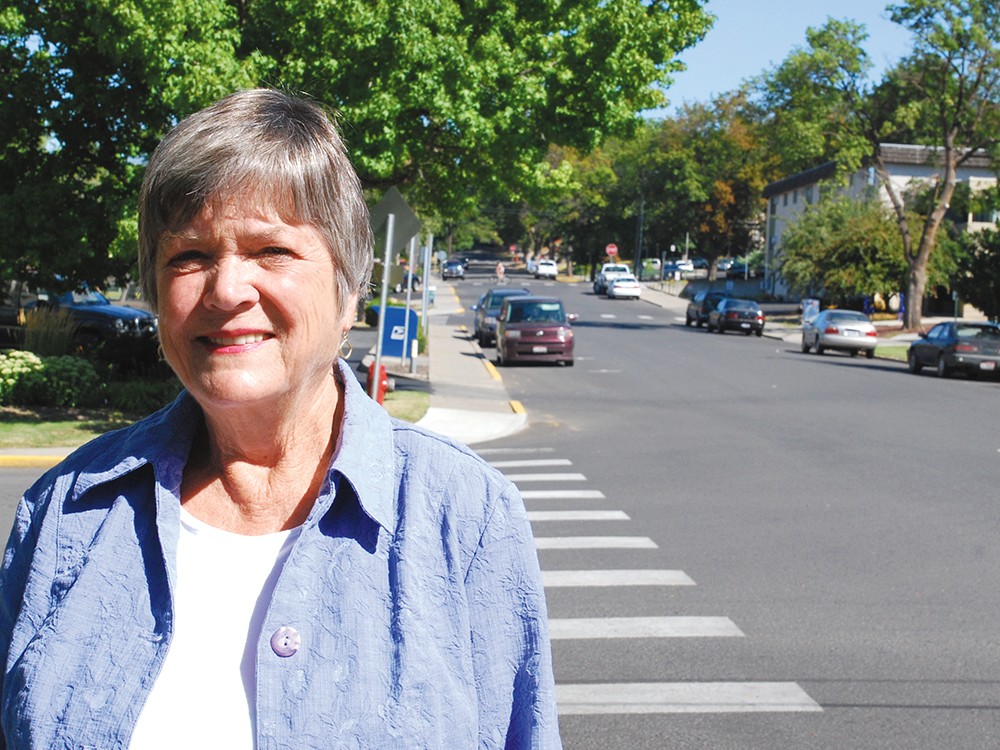 In her 13 years representing the city of Moscow in Idaho’s state Legislature, Democratic Rep. Shirley Ringo has developed a reputation as an independent-minded, unapologetic progressive who asks tough questions on committee and works both sides of the aisle.

But are her experience and credentials enough to win her a federal election in Idaho?

In an interview with The Inlander in Moscow, Ringo confirmed her plans to challenge popular incumbent, U.S. Rep. Raul Labrador, for Idaho’s 1st District congressional seat next year. She’s the first candidate to throw her hat into the ring against the Tea Party favorite, and she certainly isn’t naive about her chances.

Idaho is a Republican stronghold, where the GOP dominates every level of government. Its electorate is socially conservative, rural and very white. The last Democratic presidential nominee to carry the state was Lyndon B. Johnson in 1964.

“She’s an excellent candidate, but I think she’ll have a very tough uphill fight. … She’s got a very tough opponent in Congressman Labrador,” says former Idaho state Rep. Thomas Trail, a Republican from Moscow, who served 16 years in the Legislature and co-sponsored several bills with Ringo.

But that dynamic may be shifting. Idaho House Minority Leader Rep. John Rusche, D-Lewiston, says a “sea change” is coming. Sure, people still don’t like taxes, big government or the current president, but, according to David Adler, the director of the Andrus Center for Public Policy at Boise State University, “disaffected moderate Republicans in the state are increasingly frustrated,” and Democrats couldn’t have asked for a better slate of issues to seize upon.

“[Moderate Republicans] seem not to have a particularly comfortable political home because the GOP has moved so far to the right,” he says. “[Ringo will] be an underdog. But with good issues on her side, she’ll have the opportunity to make some headway.”

Livable wages, education and health care: “Those are the bread-and-butter issues,” says Adler. “[Those are] opportunities for Democratic candidates, and they haven’t had these opportunities handed to them by the GOP for a good many years.”

Idaho Democratic Party Chair Larry Kenck, who approached Ringo about running for Congress about a month ago, says internal polling numbers have “shown a big shift in moderate Republicans and independent voter perception.”

“There is a real change and swing in attitude, especially in the 1st Congressional District. Man, I’m seeing it around the state,” says Kenck. “I’ve got legislators looking to move up to higher offices, not because their seats are in jeopardy or danger, but they’re really seeing there is a pathway to victory … they haven’t seen before.”

Earlier this spring, the Idaho party formed new caucuses, representing the interests of Mormons, Latinos, LGBT people and business professionals, and embarked on a nine-stop road tour in July. Sally Boynton Brown, executive director of the Idaho Democratic Party, says party members are taking advantage of the summer months as “Democrats tend to do better in Idaho” in off-year elections.

Minority Leader Rusche is also optimistic about Ringo’s chances for that same reason. Part of the challenge of running as a Democrat in Idaho is the candidate’s association with a particularly unpopular president. (Last year, Mitt Romney carried Idaho with 64 percent of the popular vote.)

“All Democrats come in different flavors,” says Rusche. “Idaho Democrats, we go hunting and shooting and believe in mining and agriculture and timber. So sometimes we’re not quite in sync with the message of the national Democratic Party.”

Still, he says, “To be a Democrat in Idaho, you have to work twice as hard and be twice as good.”

Jimmy Farris — a former NFL wide receiver from Lewiston who ran against Labrador in 2012 and received just 31 percent of the vote — isn’t confident any Idaho Democrat can carry a federal election. He remembers how, on the campaign trail, constituents bluntly told him they’d “vote for a corpse” before voting for him or any other Democrat.

“It may never change. That’s the reality,” he says. “It doesn’t matter what candidate we put up at this point if we don’t start changing some public opinion about policy and what’s needed to take the state in a different direction.”

Ringo, 72, is aware of the challenges she’d face should she win the primary in May. That said, she doesn’t plan to campaign as a secret Republican on a Democratic ticket.

“I’m really proud to be a Democrat,” she says, “but I don’t think party is as much the issue as the programs you think would be good for the people.”

Among her achievements, Ringo, a retired math teacher and former Latah County Democratic Party chair, lists a bill she helped pass that allows victims of domestic violence to register to vote without disclosing their personal address, blocking cuts to the Head Start program and standing up for public education.

“The public isn’t rating the performance of Congress very high right now. I think Congress has earned that, because the individuals can’t seem to work together to solve some of the country’s bigger problems,” Ringo says. “One of the things I would have to offer at this time is, I’ve had this experience of working in a body where I’m in the minority and looking for strategies to get things done.”