Venture | At the Drive-In 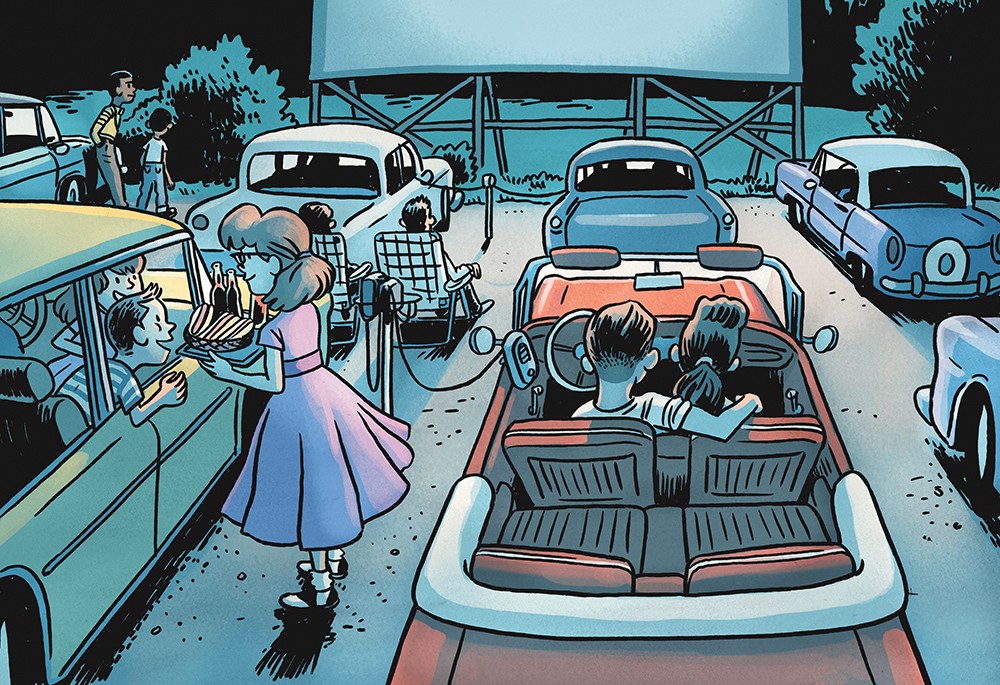 Jim Campbell
Could a drive-in return to Spokane?

This summer, we ran a story about the region's last drive-in movie theater, the Auto Vue Drive-In in Colville, and how it was set to close at the end of the season. The Auto Vue is still trying to find a way to make the necessary upgrades to continue on; its fate remains uncertain.

But the days of movies under the stars in the Inland Northwest might have another hope in the form of two brothers who want to open a new drive-in, hopefully in or near Spokane city limits. Johnathan and Bryan Durbin began kicking around the idea for the theater in recent months. Last week, the two started a Facebook page to gauge the level of public interest in such a project. Within a day, they had more than 3,000 followers on their page. At press time it had more than 5,000 followers.

"We were trying to figure out if we could make it successful here. We're pushing forward here after seeing that," says Johnathan, a 27-year-old Air Force veteran who also helps out at the Spokane Civic Theatre, where his brother does lighting and technical work.

But there's some work ahead of them. A digital projector, now essential for running new films at any theater, can run nearly $100,000. They also need a hell of a lot of land.

Johnathan says he and his brother are charging ahead with the project, hoping to have a business plan put together soon before launching a crowd-funded effort to get a theater ready for business by either this summer or the summer of 2015.

The Durbins know they're swimming upstream with their effort, opening something that has all but gone extinct in the region. Still, Johnathan thinks there's a demand.

"I see all these movie theaters shutting down, and to me it just seems that's because they don't have the income that they need to stay in business. But we've seen that this is something people want to support," he says.

Follow the developments of the theater project at facebook.com/spokanedriveintheater.