Washington anticipates limited vaccine supply once one becomes available — so who gets it first? 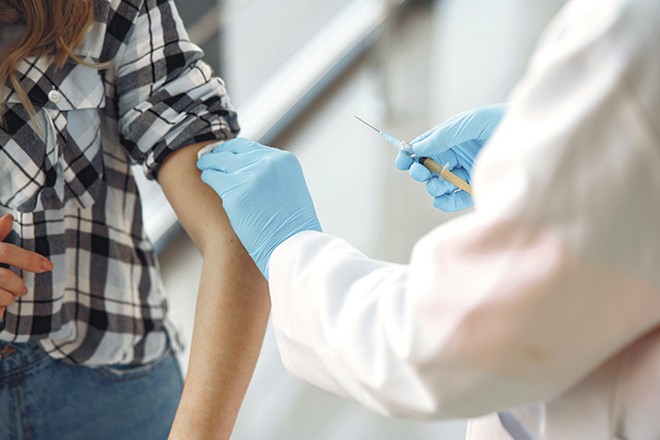 The details of how Washington would roll out COVID vaccines are still being decided.

If everyone has access to a COVID-19 vaccine, it could change everything. It could protect teachers, health care workers and the most vulnerable in society. Things could get back to some semblance of normalcy.

But whenever a vaccine is approved, a more likely scenario is this: For the first few months, there's not enough to go around. Vulnerable seniors remain stuck helplessly in long-term care facilities. Only a portion of health care workers are able to get vaccinated, while everyone else must sit and wait, knowing it will still take awhile before things are normal again.

In that scenario, who should get the vaccine first?

Washington has a general plan, submitted to the Centers for Disease Control and Prevention last month. But the details are still being decided. The plan — based on frameworks developed by the CDC and the National Academies of Sciences, Engineering, and Medicine — gives first priority to health care workers, first responders, people with underlying health issues, older adults in congregate settings and other essential workers.

That's a lot of people, however. And the reality is that there won't be enough vaccine doses for all of them at first, experts say. Roberts says the state anticipates receiving somewhere around 300,000 doses of a vaccine in the first few months it's available. But that wouldn't be enough to cover even the 500,000 health care workers in the state, let alone seniors in long-term care facilities or people with underlying health conditions.

Health care workers are still wondering if they'd be first in line for a vaccine.

OFFENSE OR DEFENSE
Thomas May, a research professor at Washington State University with expertise in vaccines and pandemic planning, says there are two ways to distribute a vaccine. You can target the most vulnerable groups or target those most likely to spread the disease. If there's a shortage in the seasonal flu vaccine, for example, officials could vaccinate young children and seniors most vulnerable to the flu, or school-aged kids who are most likely to spread it in the first place.

"We have a similar question being asked for this pandemic," May says.

The difference with COVID-19, he says, is that since it's more dangerous than the seasonal flu, the demand for a vaccine will be greater. It also leaves a smaller margin for error.

"Every time we prioritize one group," May says. "We're denying, to some extent, another group. And we need to be mindful of that."

In September, the Trump administration asked states to be ready for a vaccine by Nov. 1. States submitted their distribution plans to the CDC in mid-October, but those plans will change as more is known about a vaccine.

For COVID-19, the most vulnerable are elderly individuals with underlying health conditions. But the current plan has health care workers likely receiving a vaccine first. May says that makes sense because health care workers could be spreading the disease, sometimes directly to older adults.

"I think you see a set of recommendations that is trying to walk a tightrope of consensus acknowledging both of these values: protecting the most vulnerable and slowing spread of the disease," May says.

Hopkins, who is also on Gov. Jay Inslee's Safe Start Advisory Group looking specifically at vaccine prioritization, says the thinking behind prioritizing health care workers is that nursing homes and hospitals can be COVID-19 hot spots. If there isn't enough vaccine to protect all potential hot spots, it at least makes sense to protect hospitals and nursing homes.

"We're really trying to see it in a way that the people who get [a vaccine] will have the maximum effect of not spreading the virus," Hopkins says.

Still, there likely won't be enough at first for all health care workers in those hot spots. That's where more decisions need to be made. Anna Wald, a physician and the director of the University of Washington Virology Research Clinic at Harborview Medical Center, says nurses and people working in emergency rooms and ICUs should be among the very first to get a vaccine. If Washington really does have only 300,000 doses, it may not be enough for herd immunity at any particular hospital, but it will go a long way toward nurses being comfortable going to work.

Wald adds, however, that there are other people who work in hospitals. Janitors, too, would be considered high risk.

Roberts says the department is waiting for more guidance from the CDC's Advisory Committee on Immunization Practices to decide which groups will be recommended for vaccination within the highest priority phase. She adds that the department is reaching out to communities and leaders across the state on this issue. (The Spokane Regional Health District, which last week asked Spokane health officer Bob Lutz to resign, was unavailable to comment to the Inlander regarding its priorities for a COVID-19 vaccine.)

"We're looking at our epidemiological data to help us continue to understand where the risk is the highest," Roberts says.

THE NEXT PHASE
After a few months, if there is more vaccine supply available, the state may go to a second phase. But the decisions may not get any easier.

Teachers, people with underlying conditions and people in homeless shelters or other group settings may have access at that point. The Department of Health wants to ensure there is racial equity among those who have access. People of color, including Native Americans, have been at higher risk to contract COVID-19 and have serious complications due to the disease.

Wald says you could make an ethical argument for distributing first to people who are already disproportionately impacted by poverty and underlying conditions.

"I think providing a vaccine to those communities first would not be inappropriate. In particular, you have to look carefully at the tribal nations, and there are several in Washington state. They have a high incidence rate and appear to have poor outcomes," Wald says.

May, however, says you can equitably distribute the vaccine without prioritizing certain racial demographics.

"Minority populations are overrepresented within essential workers, they're exposed more. So any of these strategies will end up prioritizing some demographics, even if not prioritized on the basis of their demographic themselves," May says.

Still, people with underlying health conditions make up a large percentage of the population. May says there isn't enough known about the vaccines yet to know which conditions specifically should give a person first access. At this point, there might be some logic to vaccinating college-aged adults and adults in their 20s, since they have driven the spread of the virus across the country, even if they're not high risk. That might be worth modeling, to see how that could reduce the spread of the virus, May says.

"College students, I think they should just be publicly shamed for spreading it," Wald says. "I don't know how else to say it."

While these decisions about who should get the vaccine first may be worth having, experts are also worried about something else: that people may simply not take the vaccine. A global poll recently indicated that 71.5 percent of people would be very or somewhat likely to take a COVID-19 vaccine.

"Even if we decided that these people or these people are going to get it, it's about compliance," Hopkins says. "Are people going to actually take the vaccine? Are they going to trust that it's actually going to protect them?" ♦