Washington continues to work toward justice for old rape cases

Hundreds of previously untested rape kits are being matched to offenders in a national DNA database as Washington state continues to work through a backlog of nearly 10,000 kits.

After testing about one-third of the sexual assault kits that sat in evidence storage for years, and uploading about 1,200 DNA profiles into the database so far, state crime labs have found 440 new matches, with 76 matching more than one case, according to the state Attorney General's Office.

Now, an advisory group tasked with tracking progress on the backlog has issued new recommendations to the state Legislature, including a request for funding to investigate and prosecute those cold cases. As more cases get matches, the group notes, more resources will be needed for trauma-informed training, gathering witnesses and bringing cases to court.

Already, after a kit taken in 2007 was finally tested in 2017, a suspect was charged with child rape, according to the annual report from the Washington Sexual Assault Forensic Examination Best Practices Advisory Group.

The group's other recommendations include creating a standardized process to get victims access to advocates when they're in the hospital; storing unreported kits (where a victim hasn't requested police look into their case yet) for a longer period of time; offering local law enforcement agencies financial resources to store those unreported kits; and collecting DNA from offenders who are required to provide it before they leave the courtroom at their sentencing.

The last recommendation comes after the Attorney General's Office found there could be more than 30,000 offenders in Washington who were required by the state to provide DNA, but never did.

The original print version of this article was headlined "Cold Cases, New Life" 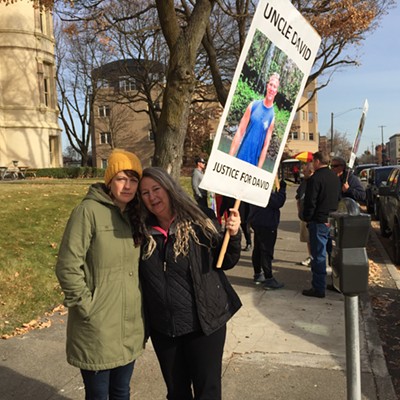