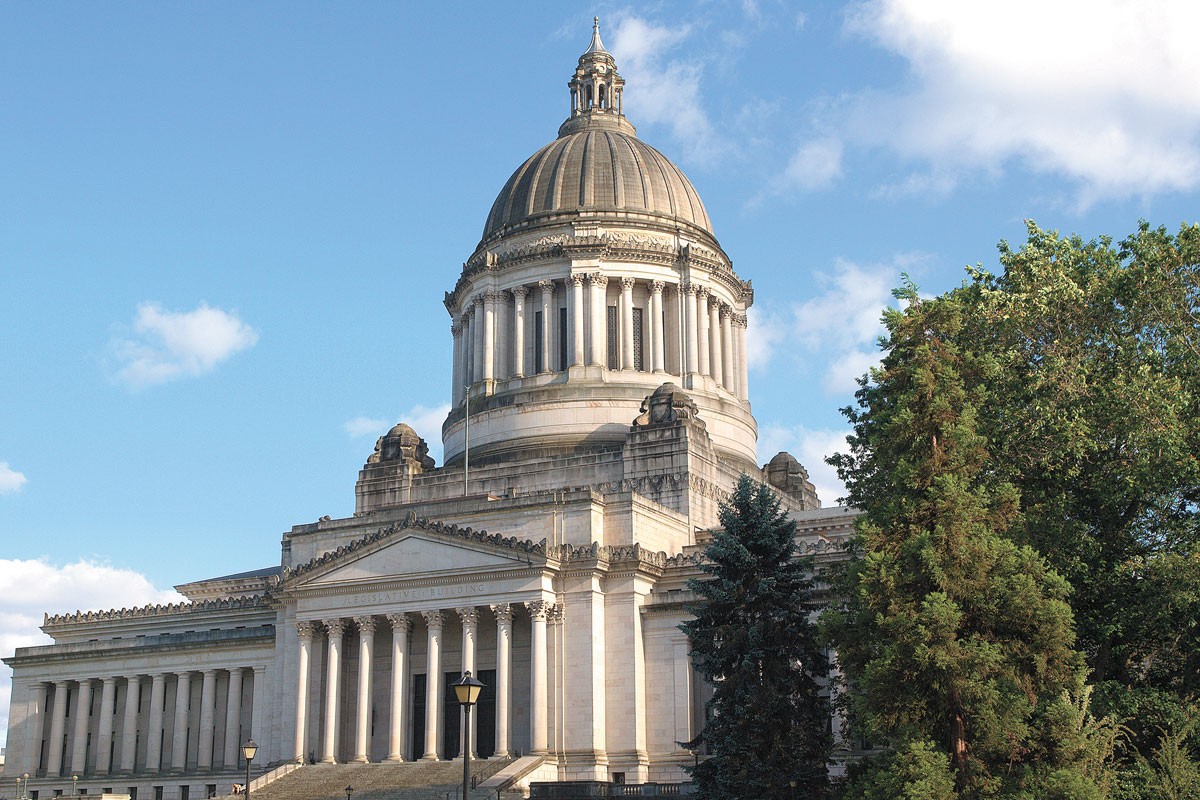 Jim Bowen/CC BY 2.0 photo
Legislators largely will be working virtually this session.

As state lawmakers head back to Olympia virtually for the 2021 legislative session, making sure that everyone's webcam is working properly will be just one of the many concerns to deal with.

The good news is that revenue hasn't dropped anywhere near as dramatically as predicted this June after the COVID-19 pandemic wreaked havoc on jobs during a spring shutdown. While it was originally thought there could be up to a $9 billion shortfall through 2023, current projections are far less dire, says state Sen. Andy Billig, D-Spokane, the senate majority leader.

In fact, Washington is one of 13 states not to see less revenue from March to October this year compared to revenue during the same time period last year, the New York Times reports. That was partly due to better-than-expected real estate sales and property taxes, as well as help from significant federal assistance.

There's still a significant expected shortfall — $3.3 billion through 2023 as of November projections — but lawmakers don't expect the same types of sweeping cuts to state programs that were seen during the Great Recession.

At the start of the pandemic, Gov. Jay Inslee halted state hiring, froze pay raises, put some state employees on furloughs and vetoed more than $440 million in spending in the current budget, which should save some money as lawmakers look to shore up the books for 2021-23.

Inslee has also proposed a capital gains tax on the sale of stocks, bonds and other assets that wouldn't apply to income from salaries and wages, sole proprietor businesses, retirement accounts, homes, farms or forestry. It could raise $3.5 billion over the next four years, significantly helping to balance the expected shortfalls.

Here's a look at other proposals and priorities from Inslee and Spokane area lawmakers.

Among the many items in Inslee's 2021-23 biennial budget proposal is a per member/per month tax on health insurance companies.

"The problem with taxing excess surplus reserves is it kind of targeted Washington-only companies, so a tax on lives served is to make sure every company has skin in the game," Riccelli says. "They're profitable and making a lot of money in the health care system." 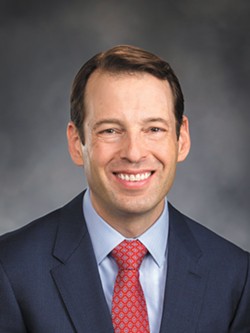 The revenue from that tax would help fund public health, which has not been adequately funded, Riccelli says.

"It, I think, is a win-win because public health deals with a lot of our upstream issues, which hopefully will address health inequities and costs down the line for people needing care," he says.

State Rep.-elect Rob Chase, R-Spokane Valley, will follow in the footsteps of predecessor Matt Shea when he joins Rep. Bob McCaslin Jr., R-Spokane Valley, in again introducing a bill to split Washington at the Cascade mountains and make Eastern Washington into the 51st state. Previous efforts have proposed the new state be called Liberty.

Chase says if other counties west of the Cascades wanted to join, he thinks the boundary is somewhat moldable as the effort is actually meant to offer increased representation to conservative communities who feel overpowered by the larger, more progressive Puget Sound population when in Olympia.

"We'd like to have representation here because I think values on the eastern side of the mountains are different than in the Puget Sound corridor," Chase says. "It is true I believe that the west side shoulders more of the burden per county than the east side does, but I think we spend our money wiser."

One opportunity to help people out of an already dire situation could be reducing the fees on overdue property taxes, Chase says, noting similar efforts from regional lawmakers in previous sessions. During his time as Spokane County treasurer, he saw how people who couldn't pay their property taxes on time not only faced 12 percent interest, but also additional percentages that get tacked on after months pass by.

"You're paying 21 percent over your first year: That's usury," Chase says. "The thing is, the county never loses money, because the minimum bid if someone comes in [on a foreclosure] is they have to pay all the past due property taxes and the title search fees and all that."

Stick with the simple 12 percent interest, he says, and maybe more people would have a chance at getting their payments back under control.

The biggest goals of the session will be health and the economic recovery, Billig says.

"We want to help businesses and families to not just get back to how things were, but hopefully to rebuild things even better than before," Billig says. "There are a lot of cracks in our system that got exposed and exacerbated by the pandemic."

With housing, lawmakers need to find solutions for landlords and tenants as the pandemic continues, Billig says.

"The short-term challenge is to get a smooth transition out of the eviction moratorium with a safety net so we don't create hardship and send a bunch of people into homelessness," Billig says. "Then, longer term, we need more affordable housing supply."

High-quality early education needs investment both in provider reimbursement rates and increased eligibility levels so more families can qualify for state help to send their children to those programs, he says.

One potential area to send money into the economy and create jobs is through the capital budget that pays for infrastructure projects throughout the state. Another would be through the transportation budget, which could be combined or partly combined with climate change proposals, as transportation is the leading source of greenhouse gas emissions in the state, Billig says.

Environmental groups' priorities also include passing a clean fuel standard, protecting essential environmental programs from cuts, working toward a transportation system that is accessible and equitable while reducing emissions, and multiple other equity-focused measures.

Washington requires a balanced budget, which limits the ability to do a direct stimulus at the state level, Billig says. But the capital budget, which can invest in sewer systems, college campuses and all sorts of physical infrastructure may provide opportunities, he says.

"There'll be a big emphasis on passing a robust capital budget that helps create jobs now and builds the infrastructure for our society and economy for the future," Billig says. "The same goes for transportation infrastructure."

Most of the session will take place virtually using Zoom and broadcasting on TVW. Floor votes may include a hybrid system at least in the Senate, where a handful of people who need to be in the chamber will be present in person while most will vote remotely, Billig says.

Riccelli notes that House votes will also take place remotely, with very limited in-person voting including the very first day when lawmakers need to approve the new rules that would enable working remotely for most of the session.

Chase, who is heading into his first session as a state lawmaker, questions the need for the remote session — he believes COVID-19 is being taken too seriously and the dangers are overblown — and laments the difficulty he'll have trying to work with lawmakers who may live more than 300 miles across the state.

However, Riccelli points out that for constituents who live east of the Cascades, the remote committees will increase access compared with past years when people often had to drive hours across the snowy mountain pass just to testify about a single proposed bill.

"The ability for Eastern Washingtonians and for my constituents in Spokane to actively engage in the democratic process will be improved," Riccelli says, "and that's something I think will stick post-COVID, which is one of the sunny spots in this." ♦