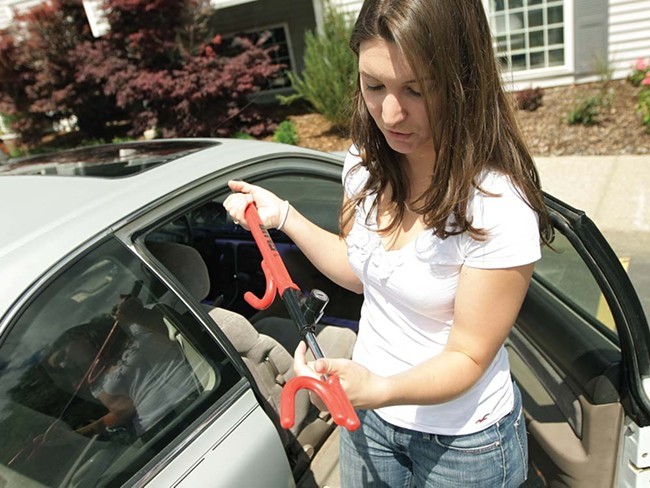 Young Kwak
Spokane drivers probably want to continue using "The Club" if they have one.

For years, Washington state has had one of the largest property crime rates in the nation, partly because it's the only state where most property crime offenders aren't subject to supervision after they're released. It's not unusual, then, for a particularly prolific car thief to get caught, spend some time in jail and then — as soon he's released — go back immediately to stealing cars.

To fix this problem, the Spokane community has repeatedly pushed to pass a bill to start a state-funded pilot project allowing a year of COMMUNITY SUPERVISION to be tacked on to sentences for car thieves. It got out of the state Senate with overwhelming support, with 46 "yes" votes and only one "no" vote.

But it died in the House, where it failed to get out of the Appropriations Committee before the Monday deadline. Public defenders had raised concerns that, because the bill applied only to Spokane, and not other counties, it ran afoul of equal-protection rules. But when an amendment expanded the program to the entire state to allow the bill to escape the Public Safety Committee, it became impossibly expensive to pass through appropriations.

They even developed a potential compromise to address the equal protection problem: Allow judges to substitute a year of a sentence with supervision instead. That might eventually save money, Beggs says, and result in better outcomes.

"When they're under supervision they're getting re-entry services and they're being monitored. We believe the chance of success is greater," Beggs says. "So does [Spokane Prosecutor Larry Haskell]."

But the proposal came too late, says Sen. Andy Billig. The bill is dead. At least until next year. "I've committed to sponsoring the bill next year, and the starting point will be this compromise language," Billig says.