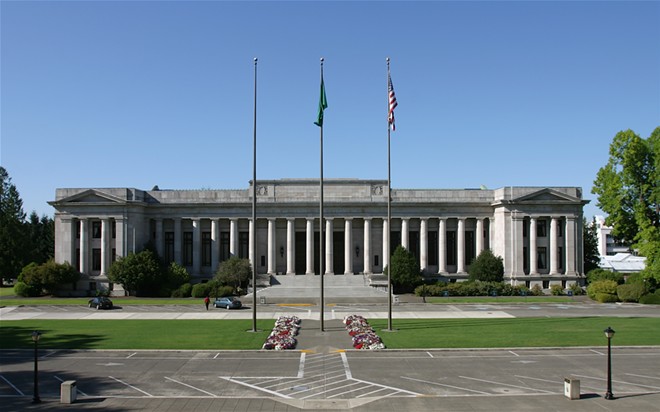 Wikimedia Commons, Cacaphony
Washington State Supreme Court Building
When children are removed from their homes by the state due to abuse or neglect, their cases are put into dependency court. There, decisions are made about where that child will live, go to school, get medical care and when they'll visit family.

Oftentimes, however, they have no attorney representing their rights. And last week, the Washington Supreme Court ruled in a split decision that those children have no automatic right to an attorney.

Instead, the decision will mean juvenile courts will decide whether or not to appoint counsel for children on a case-by-case basis.

It drew strong opposition from Justice Mary Yu, who wrote a dissenting opinion arguing the current system of appointing counsel on a case-by-case basis fails to protect the rights of children in dependency cases. She wrote that the lead opinion rejects "the progress we have made and reverting to the view that children in dependency cases are commodities to be allocated, not individuals to be heard."

"I cannot join the lead opinion's retreat to a perspective that treats children as mere 'chattels incident to adult domestic relations,'" Yu wrote.

The issue is one that child advocates have been focused on for years in Washington state. A bill introduced in the Legislature last year would have guaranteed an attorney to every child over the age of 2 in dependency proceedings, but the bill stalled. The state did pass a bill calling for a pilot project that will provide legal representation to foster kids in two counties. The results of the project will be reported to the legislature.

Candelaria Murillo, an attorney for Columbia Legal Services' Children & Youth Project who argued the case before the state Supreme Court, maintains that all children deserve to have an attorney representing them in court.

"All children deserve a voice, but too often, they're overlooked in our court system," Murillo says in a statement. "While we're disappointed that the court did not mandate representation for all children in dependency hearings, now, more children will receive opportunity to have counsel appointed."