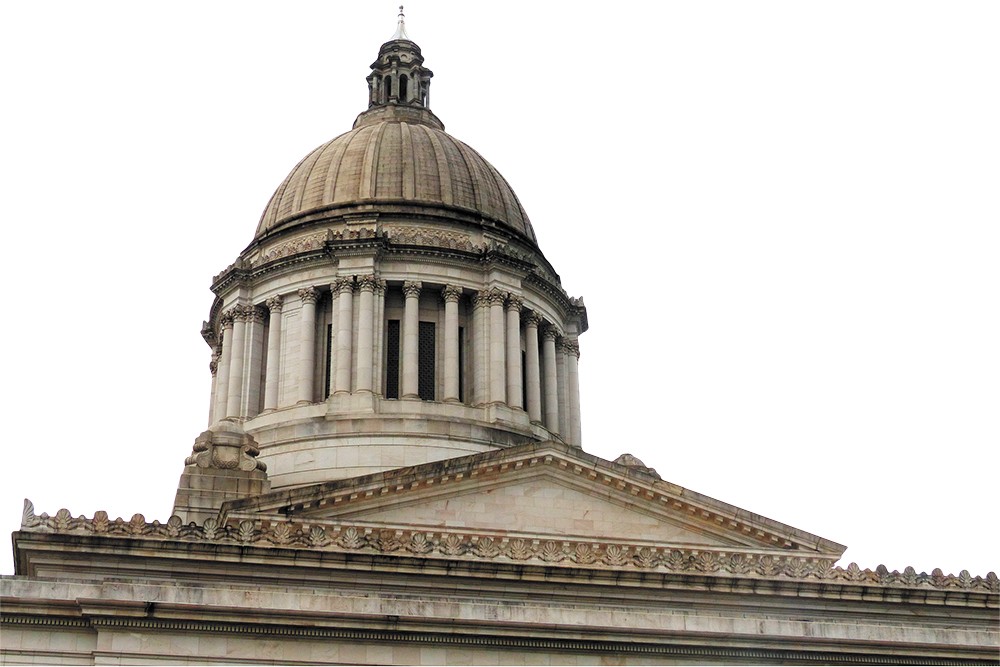 The sexual harassment from a director of a Washington State University department was "sufficiently severe" enough to unreasonably interfere with a woman's work environment, exacerbating her concerns about her physical and emotional health, a 2019 internal investigation concluded.

The investigation is full of indignities the woman reported — including questions from the director about whether she might have a miscarriage, whether her boyfriend could financially support her, and whether her co-workers might judge her for being unmarried.

That much the Inlander can tell you from a public records request it received last month.

But what we can't tell you is the name of the victim, the name of any of the witnesses, the name of the accused or even the name of the department; Washington State University has censored all that, citing, in part, a state ordinance that passed last year to permanently block the names of victims and witnesses in harassment and discrimination cases as the default.

Toby Nixon, president of the Washington Coalition for Open Government, says there can be unintended consequences to some new well-intentioned exemptions to the state's public records act.

It's not just one case. Reading through the nearly 200 pages of WSU investigation reports the Inlander obtained means navigating a thicket of black redaction bars obscuring names of witnesses, accusers and departments. The university even blacked out the dates of publicly available Spokesman-Review articles cited in an investigation report into the sexual misconduct of former WSU quarterback Jason Gesser, the censors indicating it would give away too much identifying information about witnesses or accusers.

This year, one of the most high-profile battles in the Washington State Legislature has been about another attempt to limit public records — restricting the birthdates of public employees from public disclosure. But as last year's changes to the public records act show, even the least controversial restrictions can have big consequences when it comes to government transparency.

The premise of last year's Washington State House Bill 2020 was almost impossible to argue with: Victims and witnesses of harassment need to feel safe to come forward.

"The real purpose of this bill was to allow victims of sexual assault and sexual harassment to tell their stories," says bill sponsor Rep. Laurie Dolan, a Democrat from Olympia. Two constituents who'd suffered through that kind of experience brought their concerns to her.

In a House committee last year, Dolan argued that continuing to allow the names of witnesses and victims of harassment to be public record was violating victims' privacy, subjecting them to retaliation, and creating a "chilling effect" that prevented them from speaking to investigators. Crucially, she amended the bill that allowed a witness or victim's name to choose for their name not to be redacted, if they wished.

Unlike this year's efforts to censor state employee birthdates — which sparked vocal opposition from open-government and anti-union groups — Dolan's bill passed with comparatively little media coverage and near-unanimous support from the Legislature.

Rowland Thompson, a lobbyist for Allied Daily Newspapers of Washington, pushed back against the bill, but to little effect. After all, who wanted to stand against sexual harassment victims?

"There was nothing I could do," Thompson says. "The #MeToo movement was in full flood."'

Yet the bill applied to more than just sexual harassment victims. It also applied to the names of victims and witnesses in cases of age, race and gender discrimination, whether the allegations were substantiated or not. And with victims and witness names all hidden under similar black bars, Thompson argues, even the number of accusers could become nearly impossible to parse.

Theoretically, Dolan's bill was supposed to only censor the names of victims and accusers. But WSU, drawing upon another records exemption pertaining to victims afraid for their safety during law enforcement investigations, relies on a broader interpretation of the law, censoring many details — like job titles, familial relationships or the department involved — that could be used to identify accusers.

Meanwhile, Tony Dinaro, public records officer for Spokane County, says that the law is heaping so much additional redaction work on records employees that he's requested that the county's Human Resources Department change the way they write up investigations. He's recommended they use phrases like "Witness 1" and "Witness 2" throughout the report and then append a cheat sheet explaining who's who.

Yet he also says that the law doesn't actually accomplish its central purpose: protecting accusers from retaliation. In the cases he's seen, Dinaro says, most people involved in an investigation can figure out the roles their co-workers played. And, of course, the harassers know exactly who they harassed.

"I understand the impetus for it: I don't want there to be a chilling effect for employees to come forward," says Dinaro. "But I also want the exemption to function in a way that makes sense. ... It seems like it's creating a lot of work and not protecting any identities."

The tension between a newspaper's ability to get to the truth and a victim's right to privacy has already played out locally in the 2018 case of Darren Pitcher, the former president of Spokane Falls Community College, who'd been accused of a wide variety of sexually predatory behaviors. While local media outlets got many of the details from public record requests, attorney Nicholas Kovarik successfully sued to prevent the names of the accuser and a slew of witnesses from being made public. The Spokesman-Review appealed the case to the District III Court of Appeals, where a panel of judges unanimously concluded that the law said the names should be released.

But nearly two years after its initial request, the Spokesman-Review still doesn't have the unredacted document. That's because the law itself changed. Since Dolan's bill passed, Kovarik has argued the law should apply retroactively — and the unredacted records have remained trapped in legal limbo.

Spokesman-Review Managing Editor Joe Palmquist says all the effort wasn't about publishing the women's names — it was about telling the full story.

"We'd never intended to use their names in the paper, but we wanted to talk to them," Palmquist says. "Who knows what's going on over there? Maybe the institution did several things in order to overlook this. We'd never know if we can't talk to these women."

Indeed, when the Inlander managed to figure out the name of Pitcher's main accuser, it didn't publish the accuser's name. Instead, the accuser spoke with the Inlander anonymously.

But this time, at least, an exception was made for journalists, who use that same public information to identify potential wrongdoing. ♦