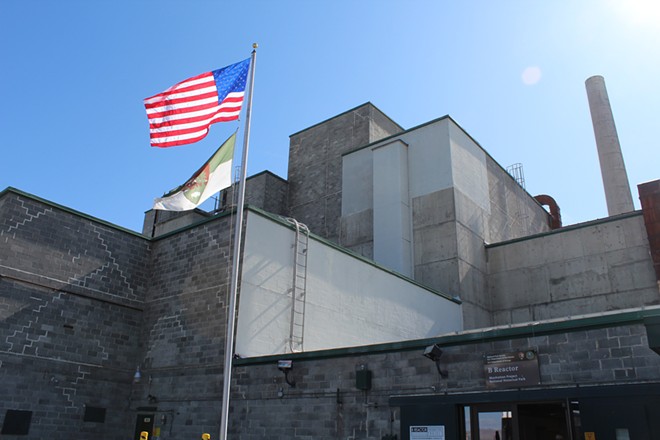 Sitting on a large nuclear reservation in Central Washington, Hanford is by far the largest cleanup project for the Department of Energy, hugely complex both on paper and in practice for contractors dealing with radioactive waste there.

The Energy Department partly regulates itself and contractors on the site, including when it comes to employee safety. But many other elements of the cleanup, including permits for specific cleanup tactics and inspections, are overseen by the Environmental Protection Agency and the state Department of Ecology under the terms of an extensive "Tri-Party Agreement."

In the more than three decades since the agreement was signed, it's been updated many times, with Ecology at times taking Energy to court to enforce deadlines and milestones.

But while access to the data and documents needed to oversee work on the site has not been much of a problem in the past, Ecology employees in Richland now say that for the better part of three years, they haven't had full access to all the information they need to ensure the environment and people are being protected.

Since the 1990s, the three agencies have met every other year to update the way they share information, as that regularly changes with advances in technology, explains Randy Bradbury, communications manager for Ecology's Nuclear Waste Program. But in 2016, when Energy updated its processes for data storage, Ecology lost access to some information that was easy to access before.

One Ecology staffer writing a waste treatment permit needed to know how the treatment unit works, but documents explaining that process that were previously available by computer now show an error saying access is denied, Ecology reports. Another staffer working on a permit for a waste tank wanted to see how safety alarms and detectors are tested, but access to that process was denied, "with Energy erroneously asserting that the Ecology staff member didn't need it to write a permit." In another instance, an inspector asked to see records that detail how waste is managed properly, but the inspector couldn't get those records right away, and when Energy did provide them, it appeared the records hadn't been entered into a database as required until after the inspection.

After multiple years of failed negotiations on data access, Energy now argues that it has fulfilled its duty to provide information, and doesn't need to provide Ecology with additional access to its internal database known as the Integrated Document Management System (IDMS).

"Every couple of years we've met and talked about what was needed to keep our access to data up to date, and we were always able to work it out," Bradbury says. "We haven't been at loggerheads like this before."

In early December, Ecology's then-Director Maia Bellon issued a determination that Energy was out of compliance and could be fined. With no change by Energy, Ecology followed through on Jan. 6 and imposed a $1.065 million penalty for not complying with the rules.

Energy appealed the director's determination from December to the Pollution Control Hearings Board, a governor-appointed three-person panel that oversees appeals of certain environmental decisions made by Ecology and other state agencies.

In part, Energy argues that providing access to the IDMS database would break privacy rules, because it includes confidential employee and human resources information.

But Ecology hasn't asked for access to everything, Bradbury says. "We only ask for things we believe strongly are highly relevant to what we need to know to effectively regulate," he says.

Energy spokesmen who work at Hanford declined to comment on the specific examples of issues Ecology has had accessing documents, instead sticking to a written statement about the department's appeal: "We will continue to provide appropriate access to information in a way that allows us to continue to adhere to federal laws and requirements for protecting certain types of information in our data systems."

A phone hearing on the matter is scheduled with the Pollution Control Hearings Board for Feb. 26. ♦

The original print version of this article was headlined "Request Denied"