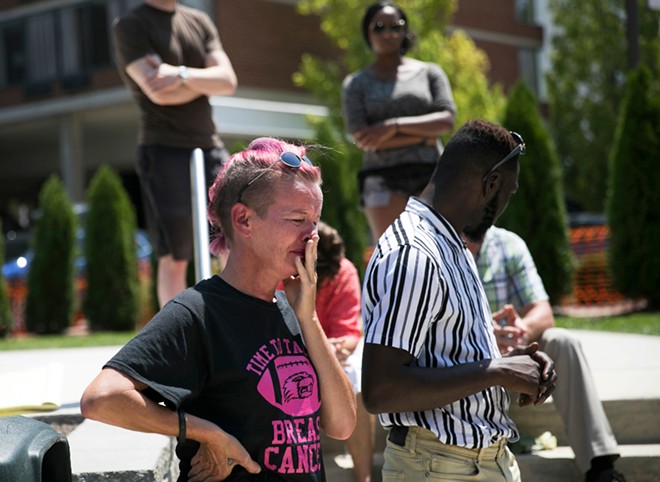 Maddie McGarvey/The New York Times
Mourners at a vigil in Dayton, Ohio, where a mass shooting took place early Sunday morning, only hours after a mass shooting in El Paso, Texas, Aug. 4, 2019. In a country that has become nearly numb to men with guns opening fire in schools, at concerts and in churches, the back-to-back bursts of gun violence in less than 24 hours were enough to leave the public stunned and shaken.

I’m again left this week struggling to make sense of the domestic terrorist attacks in El Paso and Dayton. Adding insult to injury is the sense that so many of us are numb, that the depth of our grief and outrage has been reached, that we’ve surrendered, that our leaders are impotent or unwilling to fight, and that the homegrown terrorists have won by virtue of our collective forfeit.

For comparison, imagine our national response to these terror attacks had they been carried out by foreigners. We’d demand answers. How did they get the weapons? Who trained and radicalized them? Why does America’s melting pot so frighten and offend these extremists that they’re called to kill indiscriminately?
click to enlarge 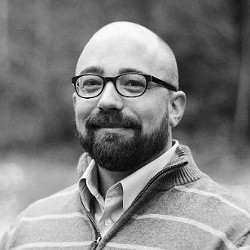 We’d bomb things, we’d torture, we’d declare war, we’d imprison suspected actors without trial, and we’d suspend our better judgment, the Bill of Rights and our moral code for the fleeting sense that we were doing something.

We would answer unspeakable tragedy with action. Our patriotism requires it, we’d tell ourselves, even when it drove us to shameful lengths.

And yet, when the attackers come from our own ranks, from our fellow Americans, we’re left dumbstruck. Incredibly, many people seem to be offended by the mere suggestion that anything be done in response, or that these endless attacks be viewed as anything other than totally random, unpreventable outbursts of madmen acting alone.

Let’s not pretend to be dumb. And let’s not pretend that we have no choice here. Inaction is a choice. We are choosing to let terrorists kill our fellow Americans and, to date, we’ve done very little about it. ♦

For more, revisit our 2018 special report on combating gun violence.