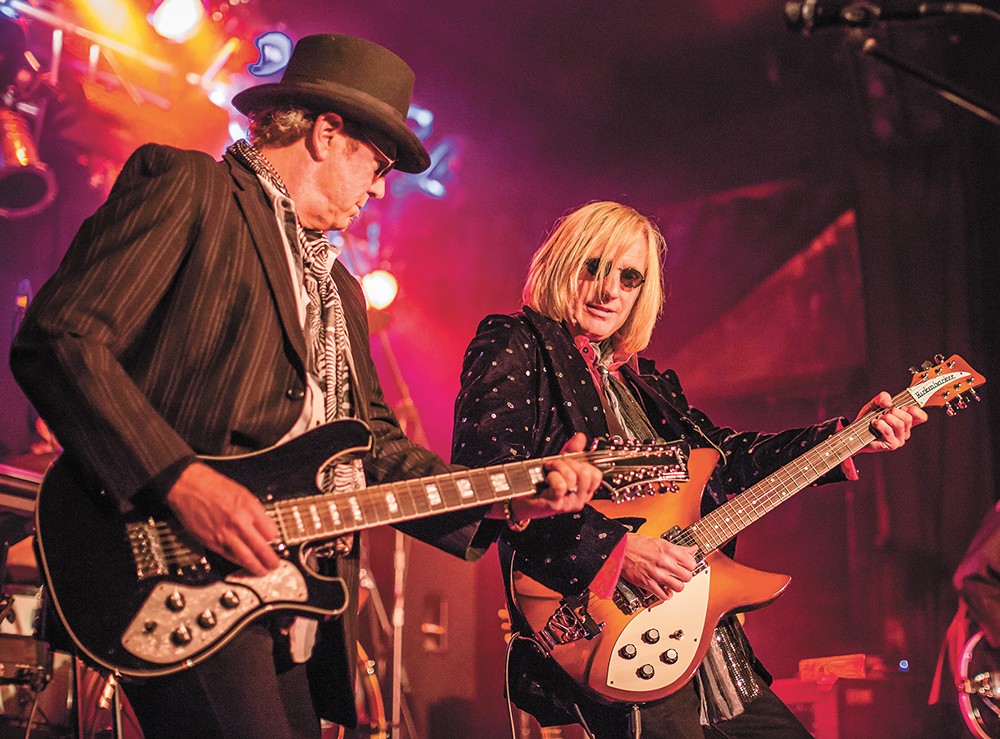 Tribute act Petty Fever hits the Clocktower Stage on Saturday night at Pig Out in the Park.

How much value do you put in a crackerjack rhythm section? Your answer could go a long way in determining how much you enjoy Heart by Heart. OK, not really — if you love the classic Heart tunes of the '70s, you're going to dig this band led by Heart's original bassist Steve Fossen and drummer Michael Derosier. The two guys went in the Rock and Roll Hall of Fame alongside Heart sisters Ann and Nancy Wilson in 2013, and they've put together a band they hope delivers the visceral kicks of classics like "Magic Man," "Crazy on You," "Barracuda" and more. Thursday, 8:30 pm, Lilac Stage. (DN)

Don't let that name fool you. Dead Winter Carpenters aren't some dour, downbeat group with nothing but songs to scowl to. On the contrary: Their catalog is full of stompers, with the occasional wistful-yet-optimistic track, and their live shows contain plenty of energy. The Northern California five-piece seems to be on the road all the time, which has built them a serious fan base, particularly on this side of the Mississippi. "Roller Coaster," their newest single featuring bluesman Jackie Greene, is a good encapsulation of what makes them tick: It puts country, folk and roots-rock into a blender and marries it to a memorable melody. Thursday, 8:30 pm, Clocktower Stage (NW)

Most casual listeners likely only know the BoDeans through their biggest hit, "Closer to Free," a righteous roots-rock anthem that served as the theme song for long-running '90s TV drama Party of Five, but that sells the Wisconsin band way short. As newcomers, the band was voted Best New American Band in a 1987 Rolling Stone readers' poll, and through the years they've worked with the likes of T Bone Burnett, Talking Heads' Jerry Harrison, the Heartbreakers' Mike Campbell and Prince sideman David Z in producing a long line of strong albums. Main man Kurt Neumann remains in fine form on their 2017 album Thirteen, and they should make for a Pig Out highlight. Friday, 9 pm, Lilac Stage (DN)

Dishwalla had a huge hit in 1996 with "Counting Blue Cars," and if that title doesn't ring any bells, allow me to sing its chorus for you: "Tell meeeee alllll your thoughts on God." OK, now we're on the same page. Although that was their only single to crack the Billboard Hot 100, the Santa Barbara alt-rockers have been going strong (save for a brief hiatus in 2005) since they released their contribution to '90s playlists everywhere, performing with (mostly) the same lineup. In fact, they released an album called Juniper Road in 2017, their first studio release in 12 years. Saturday, 8:45 pm, Lilac Stage (NW)

Guitarist and singer Frank Murray was already winning awards in Las Vegas and Los Angeles for his popular band paying tribute to Tom Petty and the Heartbreakers. When Petty died last year, you can bet Petty Fever's schedule filled up fast. You can certainly count me among the people who don't want to go through life without hearing live versions of "Breakdown," "Runnin' Down a Dream," "American Girl" and "You Wreck Me" ever again. If you didn't catch Petty Fever at the Bing a few months back, you got lucky — you can see them for free this weekend. Saturday, 8:45 pm, Clocktower Stage (DN)

I don't know about you, but I still love the House Party movies from the early '90s, which starred hip-hop duo Kid 'n Play as rap-obsessed high schoolers trying to throw a kickin' get-together despite being grounded. Energetic, brightly colored and featuring wall-to-wall music, they still hold up as glorious musical time capsules. And Kid 'n Play — that's Christopher "Kid" Reid (he of the hi-top hairdo) and Christopher "Play" Martin (he of the leather eight-ball jackets) — are back together again, delivering that upbeat, positive-vibe hip-hop that they don't seem to make much of anymore. Watch them prove that they can still kick it with the best of 'em. Sunday, 9 pm, Lilac Stage (NW) ♦