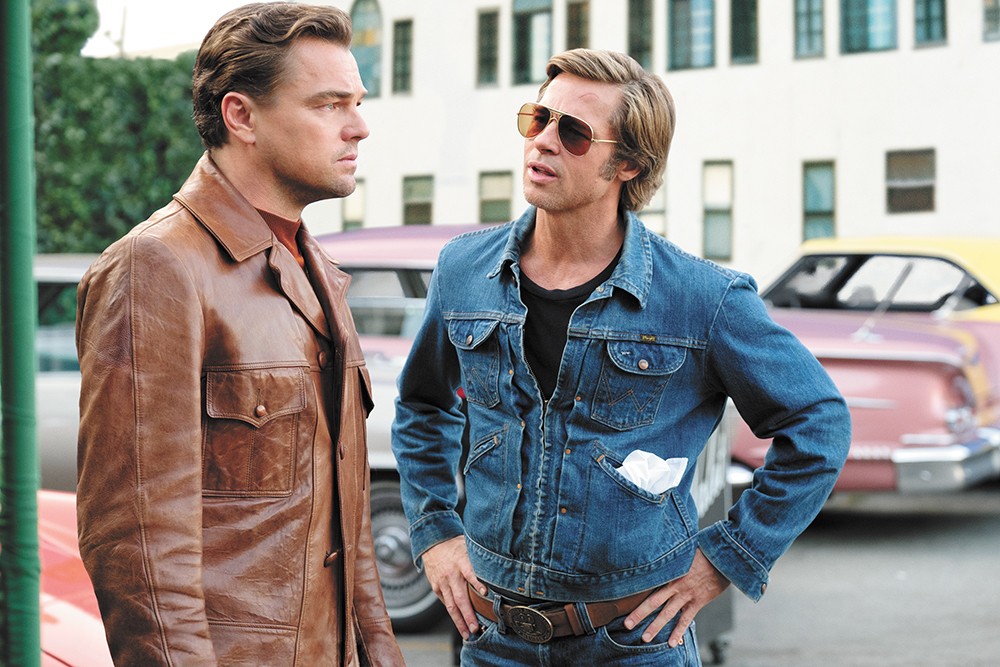 Once Upon a Time... in Hollywood

It's never too early to start studying up for your office Oscar pool. Academy Awards season starts getting serious around Thanksgiving, when all the "for your consideration" screeners start going out to voters, and now's the time to start catching up on all the acclaimed movies and performances you might have missed in the last few months. Looking at the three biggest and most competitive categories, we've whittled it down to the most likely contenders.

Sure things: One of the most accurate predictors of a film's awards chances is its reception at the Toronto International Film Festival, with its coveted People's Choice Award going to past Oscar favorites like 12 Years a Slave, La La Land and Green Book. This year's TIFF winner: Jojo Rabbit, Taika Waititi's dark comedy about WWII anxieties. It'll likely be nominated right alongside critical darlings The Irishman, Marriage Story and Once Upon a Time... in Hollywood. And what with the kerfuffle over Marvel's cinematic merits — and the fact that it's now the all-time box office champ — don't be surprised if Avengers: Endgame sneaks in there.

Long shots: Speaking of comic book movies, Joker may have inspired too much (mostly unfounded) controversy for the academy's comfort. But its unprecedented financial success — and its rich central performance — could snag it a nomination. And while foreign language films are rarely recognized in this category, the arthouse smash Parasite could very well become South Korea's first ever Oscar-nominated film.

Sure things: As already mentioned, Joaquin Phoenix has been the only element of the fractious Joker that seemingly everyone can agree on. It would be his fourth nomination, and maybe it's his time to finally win. Also in the mix are recent winner Leonardo DiCaprio, doing some of his best-ever work in Once Upon a Time... in Hollywood; Robert De Niro playing a mob boss over several generations in The Irishman; and the two Adams — Driver and Sandler — for Marriage Story and Uncut Gems, respectively. And then there's the matter of Tom Hanks: His turn as Mr. Rogers in A Beautiful Day in the Neighborhood has garnered plenty of publicity, but it sounds like he could just as easily wind up in the supporting category.

Long shots: The academy loves two things — comeback stories and stories about Hollywood. So why isn't Eddie Murphy, so funny and moving in the behind-the-scenes biopic Dolemite Is My Name, getting more buzz? The Lighthouse might be too esoteric for voters, yet it has Willem Dafoe and Robert Pattinson at their wildest. And Antonio Banderas turns in quiet, powerful work in Pain & Glory. They'd all be deserving.

Sure things: The frontrunners seem to be Renee Zellweger (who is making a big comeback) as Judy Garland in the aptly named Judy, and Scarlett Johansson (who has never before been nominated) as one-half of a fracturing couple in Noah Baumbach's Marriage Story. Charlize Theron and Nicole Kidman could very well go head-to-head for their star turns in Bombshell, and academy favorite Saoirse Ronan is the likely standout amongst her Little Women co-stars.

Long shots: She's mostly been cast as comic relief, but Awkwafina proved she could do drama in Lulu Wang's bittersweet arthouse hit The Farewell. Problem is, the academy has a notoriously short memory, and its late summer release could work against it. Same goes for Hustlers, which garnered Jennifer Lopez feverish Oscar buzz back in September (though maybe she'll also end up in the supporting category). Cynthia Erivo has also gotten great reviews for her first starring role in Harriet, and that film's end-of-the-year buzz could help land her a nomination. ♦

The original print version of this article was headlined "Oscar Frontrunners"