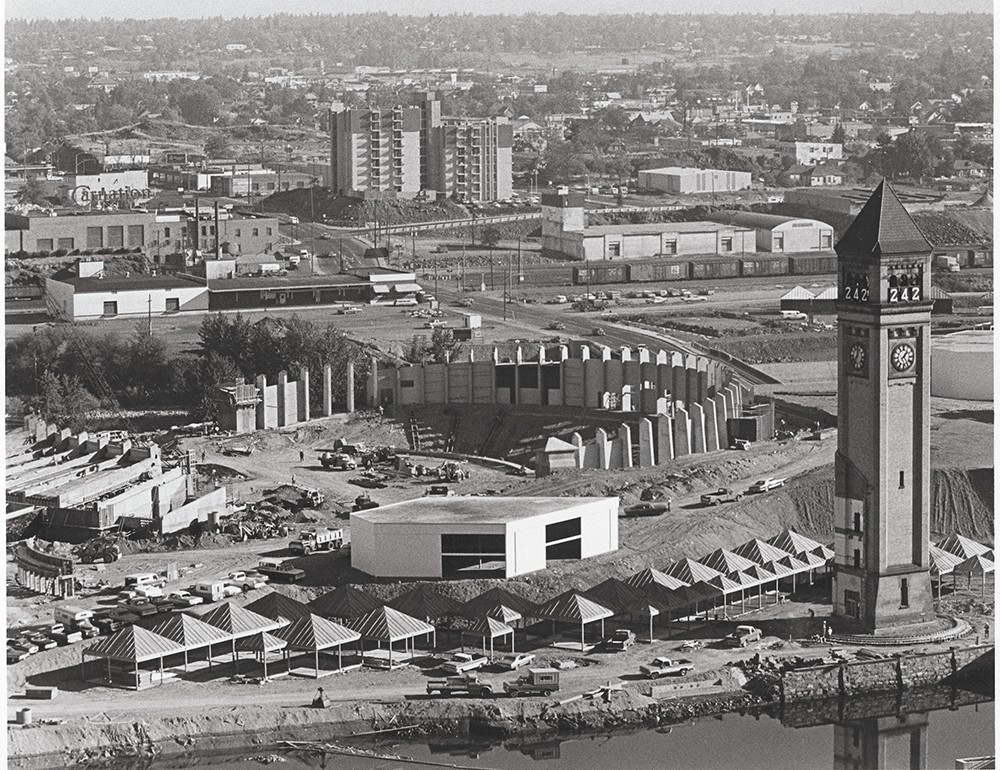 You can see photos of Expo '74 , among many other historical images, on a new interactive site.

We wrote a few weeks ago about an archaeological dig

taking place in downtown Spokane's Riverfront Park as extensive improvements and additions to the 100-acre focal point of our city began. Ashley Morton, one of the archaeologists on site, mentioned that the study would culminate in a report not just on their findings; it also would include a comprehensive history of the park, dating back to the days when it was a gathering place for Native Americans.

Now, the Spokane City/County Historic Preservation Office has used that report — all 200-plus pages of it — to create an interactive website that takes you through the history of Riverfront Park. The office's Megan Duvall, Yvonne LaCoursiere and Emily Vance all worked on this project, which includes everything from a wealth of photos to census information dating back to 1900.

Anyone with even a slight history inclination should be warned: This site (historicspokane.org/riverfront-park-history) could result in an hour spent diving down a wormhole that will leave you with not just a better understanding of the park, but the city's growth as a whole. The features about Expo '74 alone are requisite reading as the city heads into its current stage of construction.

Perhaps the site's crowning achievement is an interactive map with pins placed throughout the park. You click on a pin — each of them colored to represent a different time period — and you're treated to historical information and, in most cases, a photo of what once stood at that part of the park. You may be surprised to know that even Canada Island, the free-standing island in the middle of the Spokane River, was once home to a dry cleaning operation and a Washington Water Power station.

Load it up on your mobile device and then head to the park. You'll get more out of it than chasing Pokémon.