The nation needs to come together in 2016, and former Virginia Sen. Jim Webb is the best candidate for the job

Recently you announced the formation of a committee to explore whether you should make a bid for the presidency in 2016. From a small stop on what once was a railroad stop, a now gone town named Medimont, lost away in the Silver Valley of Idaho within a 24-square-mile Superfund site, comes this answer: Run, Jim, run!

This writer thinks you possess the qualities this country desperately needs, namely an ability to make tough decisions. Additionally, you demonstrated an ability to keep many southern white men in the biracial coalition so necessary for the future success for the Democratic Party. Your tough election in Virginia in 2006 demonstrated the unique ability to inspire both black and white men, and to say to folks, "follow, lead or get out of the way." 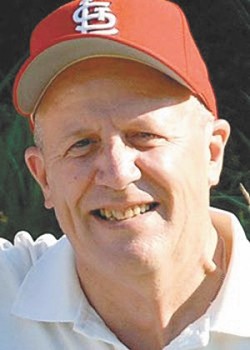 Whether Hillary Clinton runs or not, and I personally think she will not, I hope you can stay the course because you recognize, as both Bill and Hillary do, that the long overdue generational change is occurring in American politics. The mantle of leadership is blowing toward a different breed of Democrats like you and Gov. Andrew Cuomo of New York.

For much the same reason, despite announcing an exploratory committee, I don't think Jeb Bush will decide to run either. The Republicans will nominate someone like Wisconsin Gov. Scott Walker, or a younger U.S. Senator, like Kentucky Sen. Rand Paul or Texas Sen. Ted Cruz.

Allow me to be so bold as to lay out the key elements of your platform and a successful winning strategy.

The key item you offer the American people is the ability to lead. From your days at Quantico, when you were receiving the tough indoctrination only the Marine Corps offers, to your service as Ronald Reagan's Secretary of the Navy, to your seat in the Senate, you have always resonated leadership. It is the sine qua non for any president.

The best way for you to demonstrate

that leadership and courage is to make your NO. 1 ISSUE the need for the 2016 election to be a referendum on the ALL the recommendations of the Simpson-Bowles Commission.

Correcting the horrible deficit and the nation's incredible debt in order to restore fiscal sanity and meet our obligations to future generations can only be accomplished if everyone is asked to sacrifice. Everyone sees the need to do their part. Many of us mark President Obama's failure to endorse the balanced solution of his own commission as the beginning point that raised serious doubts about whether he was truly capable of leading.

Taking that stance will put Hillary Clinton on the spot since she did not endorse the commission. It will also split the Republicans, with the fiscal conservatives led by folks like former New Hampshire Sen. Judd Gregg and Idaho's senior Sen. Mike Crapo supporting the package in the national interest and separating out the Tea Party fanatics like Ted Cruz who would rather see the economy collapse than have any increase in revenue from tax reform.

THE SECOND ISSUE is to support tax reform and demonstrate with easy-to-understand examples how the middle class is subsidizing the upper 1/10th of 1 percent, many of whom say "only stupid people pay taxes." If you read all three of New York Times tax writer David Cay Johnston's books exposing the subsidy in such graphic detail, your blood will boil.

THE THIRD ISSUE is to campaign as the true champion of women's rights by supporting equal pay for equal work measures, endorsing the "No more" campaign, and having talented women in key positions in your campaign organization.

FOURTH, no one knows defense issues better than you, and if Hillary Clinton is in the race and you have the chance to engage her in a debate, you'll tie her in knots.

FIFTH, your efforts to revise our archaic, borderline barbaric prison practices, which has led us, as you know, to have not only the world's worst recidivism rate, but to squander an enormous amount of human capital that could be tapped if we as a society would adopt more enlightened practices such as seeing a released prisoner has a job and a support system.

FINALLY, tap into the nation's network of Marines who are in the reserves or retired. I suspect many are just waiting for a retired Marine to run. You're it. It goes without saying your colors will be Marine red and gold. Go for it, Jim. Where do I send my check?

Chris Carlson is a former journalist and press secretary for Idaho Gov. Cecil Andrus. He lives on Cave Lake in North Idaho.