Chris D'Elia on his love for the stage, his TV stardom and how he's funnier than the Sistine Chapel 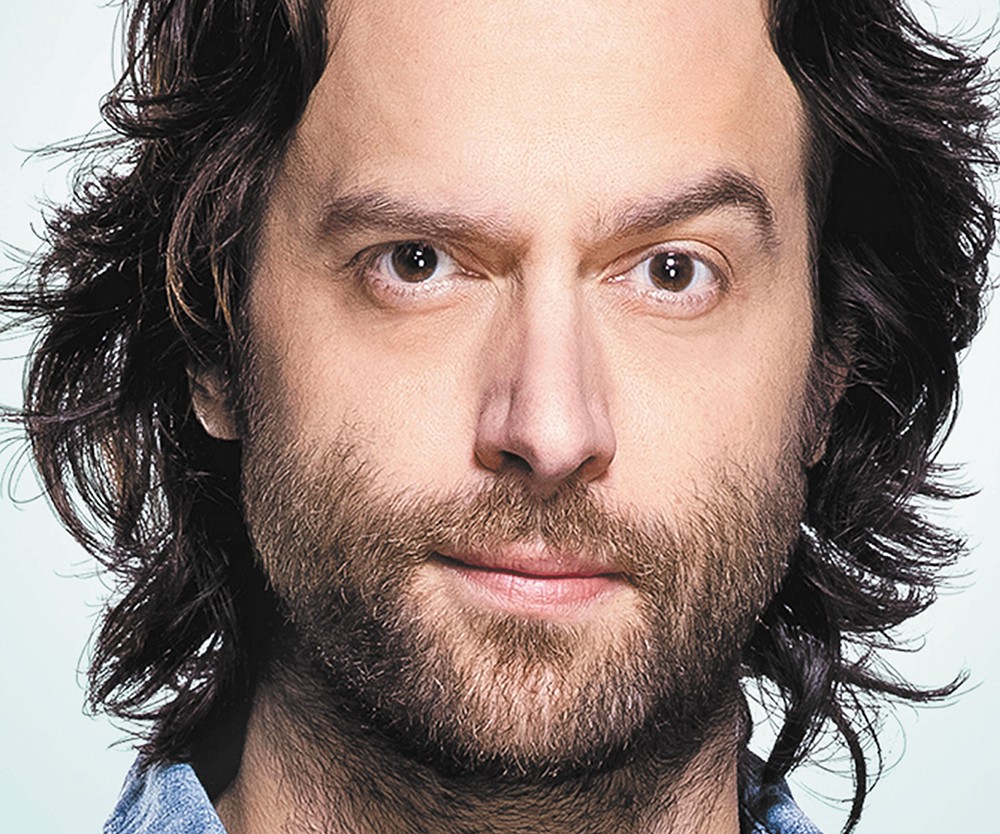 Chris D'Elia gets a lot of backhanded compliments.

Actually, it's the same compliment... over and over.

"I have a weird crush on Chris D'Elia," a young woman tweeted at him. He also often told that he's "weirdly attractive."

As the scraggly-haired, unshaven lead on comedies like Whitney and more recently Undateable, D'Elia has had plenty of eyes on him, which translates to more confused crushes.

"It used to irk me," says D'Elia. "But I think I'm just supposed to be the funny guy and not the attractive guy. I mean, I know I'm not Leonardo DiCaprio. I'm the guy making goofy faces."

Recently, D'Elia, 36, hasn't had much time to waste on those who question their attraction to him. He recently wrapped Undateable on NBC, the entire season of which was presented on live television, and has two movies coming out this summer. He'll be in Spokane for four nights beginning this weekend, so you may see his weirdly attractive face around town.

A television actor whose star is on the rise like D'Elia doesn't have to hit the road the way he does. He's playing eight to 10 nights per month from now until the end of the summer in cities across the country. D'Elia wants to get out there and begin work on his next special, the follow-up to the 2015 Netflix hit Incorrigible. The road is where he, like many other comics, test out material and begin to craft a memorable act.

"I think it always has to come back to [stand-up] and seeing it live. No matter how many times you've watched YouTube clips, there's still nothing like it," says D'Elia. "It's like in Good Will Hunting, where they talk about actually seeing the Sistine Chapel firsthand — not to say my comedy is equal to the Sistine Chapel. It's probably funnier, though."

D'Elia's stage act sometimes has a throwback feel to it. He relies on physical comedy and ramps up his brash New Jersey accent and attitude for extra effect over the course of a high-energy set. The fodder for his material is often the usual suspects — women, sex, and, if you haven't seen it, a memorable riff on "dudes."

For D'Elia — who grew up with a television director-and-producer father — stand-up has been his main comedic vehicle, even if his TV roles have made him into a star. After spending his young adult years acting, he almost worked exclusively in stand-up from 2006 until the debut of Whitney, in which he played the boyfriend of the show's titular character, Whitney Cummings.

As he moves into film, D'Elia wants to make a shift. He has an action script he's shopping around in the hopes of starring in something other than a funny movie. Action stardom, actually, has been at the top of his mind as of late. In fact, he doesn't really even watch comedies.

"I'm not sure why it is, maybe because I'm a comedian, and it's just that my whole life is that. To me, nothing is funnier than being at a diner with your friends and f---ing around after a show. That's what I find funny," he says. ♦