Welcome to the Monkey House

The heartbreaking story of one really bad animal experiment. 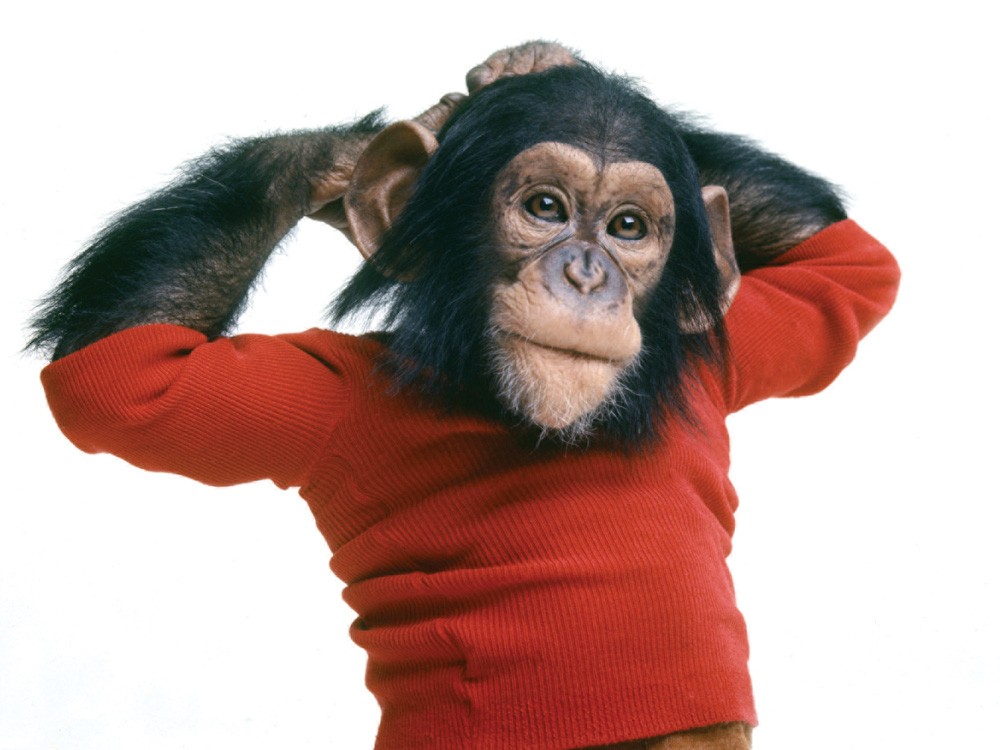 Bring a chimpanzee home, surround him with people, teach him to sign, raise him like a child. Hmmm, why is this all so familiar? Ah, yes, it’s the plot to Rise of the Planet of the Apes. And we all know what happened with that experiment.

It’s quite a bit more unsettling, though, to see similar things go wrong in real life, as they did when Columbia University psychology professor Herbert Terrace decided to take a young ape named Nim Chimpsky (linguistics students will get the connection) away from his mom, place him with a human family in a New York brownstone, and bring the cute little thing up as, for lack of a better term, their son.

But Terrace turned out to be a bad (if not mad) scientist, never setting tight controls for his experiment and eventually losing interest in it, opting for self-publicity over the chimp’s welfare. Terrace also seemed to be looking around more for research assistants to join him in the bedroom than work with his subject.

The documentary’s archival footage reveals Nim to be a good student, rapidly learning, then successfully using, sign language. Well, at least when the “scientists” involved weren’t giving him booze and pot or breastfeeding him because, as one woman volunteers, “It seemed natural.”

There was nothing natural about these people toying with inter-species assimilation in the mid-1970s, of course. And assimilation was never really possible. As Nim grew larger, he grew dangerous, partly because he was, well, a wild animal, and partly because the fools in charge didn’t administer any discipline. They just let him do whatever he wanted to do.

To say the experiment failed is an understatement, but Nim’s story goes far beyond what he was put through under Herb Terrace’s “care.”

Along with that archival footage and some home movies, director James Marsh (who also directed Man on Wire) gives us contemporary talking-head interviews with many of the folks who were involved with Nim, both during the project and after it was finished.

They tell a fascinating but ultimately frustrating and sad story, best summed up by saying that after Nim learned how to be a child, he was then required to be a chimp, but he didn’t know how. If Nim and a few well-intentioned people are the heroes of the story, Herb Terrace is the villain. Plaudits to Marsh, though, for not pointing fingers. He just lets it all play out on the screen. Everyone watching will agree that everything about the project was wrong.