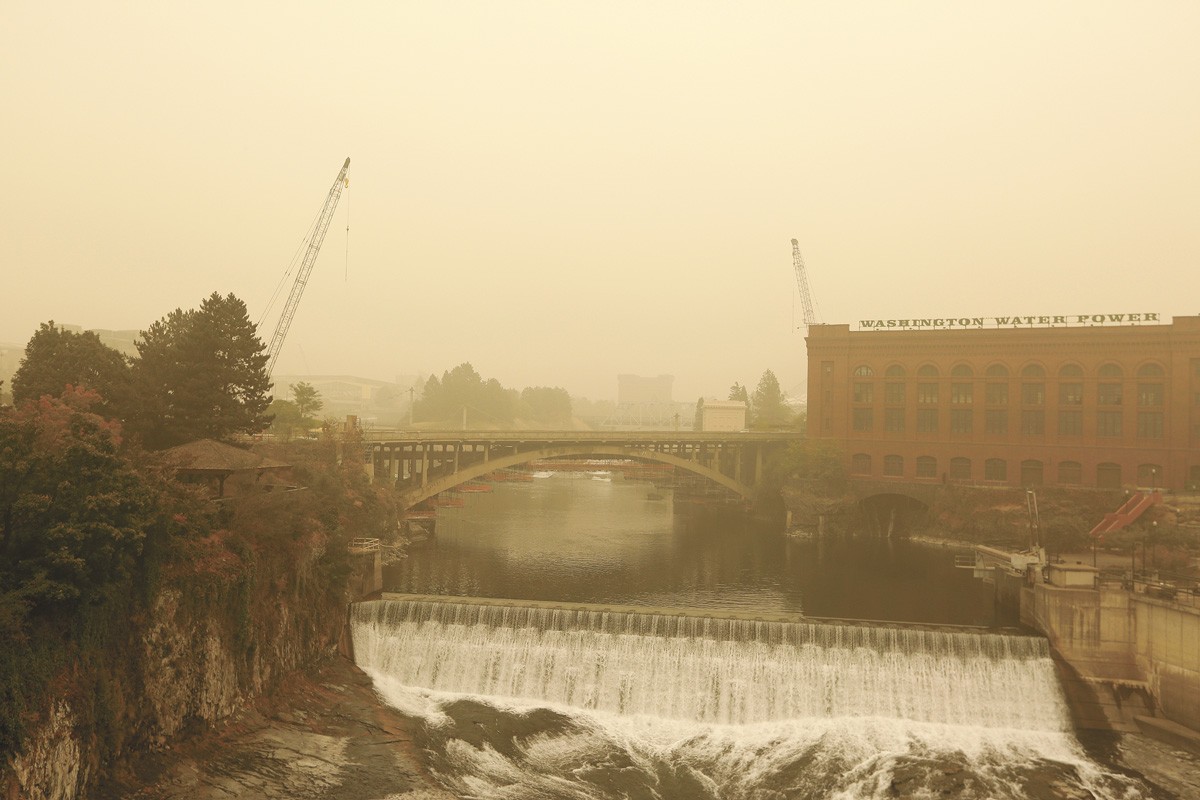 Young Kwak photo
Fires across the West should force us to reckon with climate change.

It was apocalyptically surreal. Throughout the day, a haze slowly filled the sky, obscuring the sun and creating the lighting of a B-movie horror film. The smoke was so intense that it crept into the house through whatever cracks it could find. Ash literally fell from the sky, covering everything.

I've spent my entire life in the Pacific Northwest. For as long as I can remember, fire has been a threat.

As a child, I surveyed the damage of past fires that ended frighteningly close to my family's ranch and looked across Hells Canyon as smoke dramatically rose above Oregon mountains blurring the horizon. I've experienced long stretches of smoke in Idaho's Treasure Valley, keeping us indoors. And yes, a few years ago, I've even watched ash fall gently from the sky, covering cars in the streets of Seattle.

My wife, dog and I were staying at my mother and stepfather's house in Corvallis, Oregon, as fires burned across the West. We'd retreated from our small Seattle apartment to look after their home and cats as they camped out across the country to visit grandchildren in Boston they hadn't seen since the pandemic reduced responsible air travel.

After spending months within no more than a couple dozen feet of each other at all times, my wife, dog and I were all delighted by the sudden freedom and space of life in the suburbs. Franklin, the dog, was particularly thrilled to run in the backyard. My wife and I were equally ecstatic at being able to work out of separate rooms where we couldn't hear the other talking on the phone.

Throughout this pandemic, my wife and I have reminded each other frequently of just how lucky and privileged we are. We have steady jobs, a home, and access to food delivered to us at the press of a button.

But in the suburbs, sitting on the back porch at night, playing cribbage, and eating dessert, we didn't just feel privileged. For the first time in months, we felt relaxed.

As smoke rolled in alongside news of entire towns burning to the ground, we were still clearly privileged, but no longer relaxed. As conditions worsened, we bunkered down, sequestering ourselves in smaller and smaller portions of the house until our small Seattle apartment started to seem a lot larger than when we had first arrived.

The air quality was so bad outside that it was off the charts. Doctors and scientists were saying we didn't know what the long-term impacts of breathing this stuff would be — but they clearly weren't good. Nobody should be out in this if they could avoid it.

It took a while to track down the independently minded outdoor cats. By the time we had, their fur was covered in ash. We tucked them away in the garage — which they quickly grew accustomed to and seemed to be coping much better than we were almost immediately.

A few days later, the ash had stopped falling and the air quality had improved from beyond "hazardous" to a merely toxic "very unhealthy." We had long been scheduled to return home and with it looking like things may get worse again, we decided to pack up and make a dash back up to Seattle.

The roads weren't anywhere close to empty, but it was the smoothest trip we'd ever had on that stretch of interstate. Another reminder of being lucky.

Along the way, we passed farms where workers were still out harvesting crops. Later I learned most of those workers were out there without the masks needed to block out the worst of the smoke, that these same workers were already being hit far worse by the pandemic, and that the combination of smoke damaging their lungs along with the potential to catch a lethal respiratory disease heightened the risks they faced.

All so that in the months to come, when we hit that button, food will continue to be delivered to our home in Seattle. Their work is essential — not just for our comfort but our collective survival.

In the early days of American colonies, settlers saw their skies similarly darkened with falling ash. A deeply religious people, who frequently discussed a coming apocalypse even in their better moments, they feared it was a sign that the end times were upon them. Soon enough, though, things for them returned to normal. Still quite difficult, but normal difficult.

Now we live in times where we might really be facing the end — at least of life as we know it. In the years ahead, I fear none of us are going to be lucky or privileged enough to not see our lives altered by this changing climate.

How bad it will be, how close it comes to being an ending, will all depend on how we respond as life returns to normal. As these fires are extinguished and as this pandemic someday is defeated, will we remember seeing this peek into a potentially devastating future?

The original print version of this article was headlined "Is This the End?"