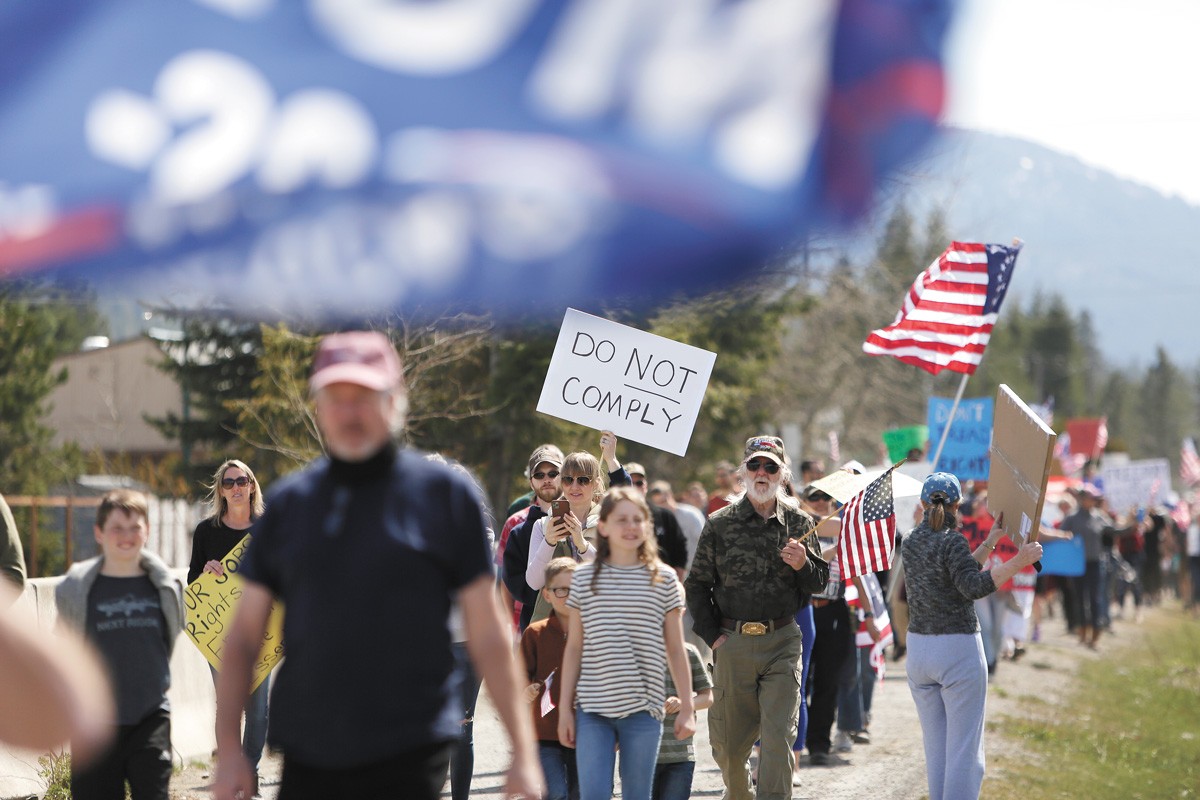 As the pandemic rages and the president un-elect retreats into tantrums, we need to find that sweet spot where productive rage replaces "WTF!" fatigue.

Bone-weary doctors and nurses are confronted with deficits of sleep, supplies and co-workers and a surplus of patients angry with them for diagnosing and treating a virus they believe to be a hoax.

Public health officials, including one in Spokane County, are being chased out of their jobs by anti-shutdown mobs for telling the truth. 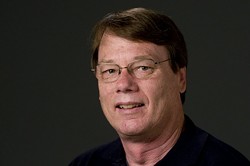 Struggling Americans are about to be kicked out of their homes in the dead of winter. Long lines stretch around food banks. Congress can't be bothered to pass another round of relief, because the leader of the Senate persuaded the president that confirming judges was a more pressing concern.

The forces behind this depressing drumbeat refuse to wear masks, refuse to keep their distance and refuse to entertain the idea that their actions have a direct effect on the rest of us. They are immune to the facts and proudly flaunt their callous disregard.

They certainly are not reading this.

But they are reading, and what they're finding in the dark recesses of the internet eventually percolates to the surface. And it isn't all kooky misinformation about the coronavirus. There's plenty of noxious nuttery about the presidential election, too.

In the past, conspiracy theories and quackery were contained by their own lunacy. Now the leader of the free world tweets this trash, and the unwavering 40 percent of Americans in the Trump tribe amplifies the lies.

So, while I don't expect to persuade "refuseniks," I would like to address the "defuseniks."

These are the well-meaning people who absorb all of this and ask that we post more cute cat photos online. They preach civility, calm and grace. They don't take sides during the greatest health crisis in a century or an unprecedented attempt to steal an election. No, they just tell everyone to chill, because conflict makes them sad.

As in: "I can't wait to get back to Facebook being enjoyable."

Under normal circumstances, a trip to Graceland would be fine, but — and I can't emphasize this enough — this is not normal. Telling people who are appropriately outraged to "calm down" normalizes insanity and provides cover for bad-faith actors.

Defuseniks want the world to sing in perfect harmony, and their nonjudgment suggests this is a "both sides" problem.

It's the Luftwaffe scanning for nighttime targets over England and yahoos crying "freedom!" as they flip on the lights. Do we grant them grace from beneath the rubble, or wring their necks?

It's the federal government's abdication of responsibility as COVID-19 claims an inordinate number of Americans. Are you just going to shrug that off?

To be fair, Americans have more underlying health conditions and a lower life expectancy, and America doesn't have universal health care, so a somewhat higher death rate is to be expected (and how sad is that?). But a fatality rate that is more than double that of Canada's ought to stoke universal outrage. It's a mountain of unnecessary death and a monument to low expectations and cowardly blame-shifting.

This will only get worse if we fail to demand better. Voters dumped Trump, so that's a start. But long-awaited vaccines are in the pipeline, and anti-vaxxers are already trying to sow doubt about their safety. We need to make it clear to our leaders that we will not accept the same fatal fecklessness.

What the peacemakers are missing is that this isn't a typical political argument. It isn't even political. It's one side recognizing that pandemics require collective, disciplined action and the other side being dicks.

Health care workers are exhausted, students are trapped online, businesses are shuttering, people are out of work, and loved ones can't visit for the holidays. But we're supposed to be kind to the fine folks prolonging this?

Politicians who are afraid to tell you the truth rally to "civility" as a diversion. U.S. Rep. Cathy McMorris Rodgers has written a couple of columns on this theme. What she hasn't done is criticize the Trump administration for one of the worst COVID-19 responses in the world.

It's really quite simple. Want to ease shutdowns? Wear and promote masks. Want schools to reopen? Mind your distance. Don't want to do either? You're the problem.

Everything we hate about our coronavirus existence has been exacerbated by selfish inhumanity. I'm all for forgiveness, but typically that's preceded by apologies and remorse.

We're not seeing that, but we are seeing messages like this:

"In this time of strife and tragic loss, let's grant each other grace. People are hurting. People are scared. Let's set aside politics and focus on our common humanity."

I'm raising a middle finger to every bit of that. ♦