Pop Politics vs. Populism: What does it mean to be American? 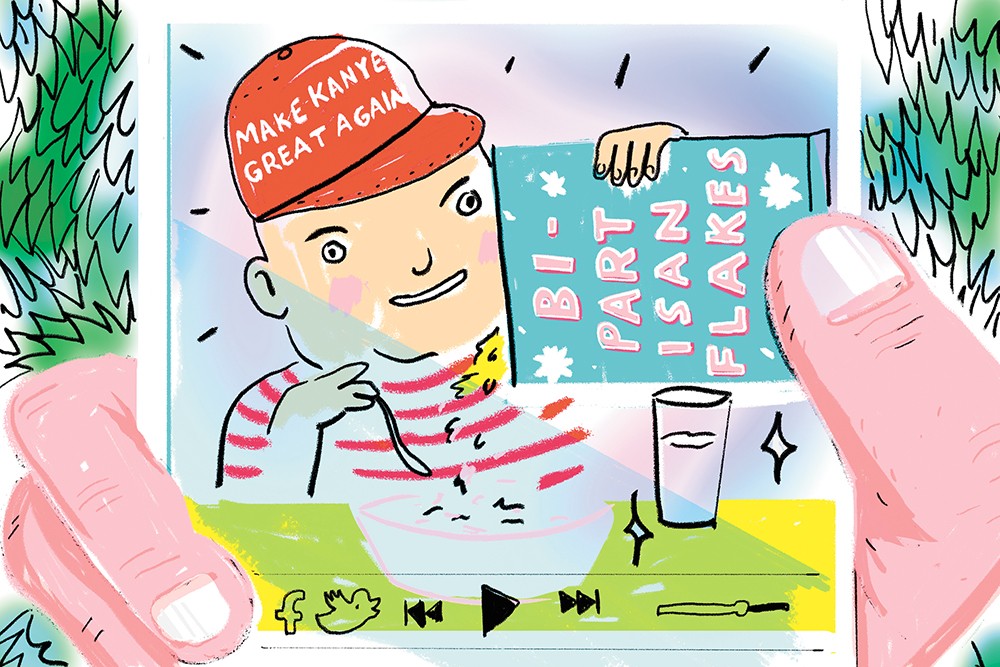 Growing up, my parents had a brilliant racket going. Somehow they convinced me and my two brothers that it was normal to go to bed before sunset most nights. By 6:30 pm at the latest, we'd have been read a story, tucked in and halfway to falling asleep.

However, there was one exception to these early bedtimes. We were allowed to stay up late to watch both the Democratic and Republican National Conventions.

The result of this bipartisan introduction to democracy was an early understanding that paying attention to politics was important enough to disrupt your life's regular routines. And, of course, it also made politics exciting and special.

As I got older, I realized the exhilaration I felt for politics was rarely shared by my peers. They were more interested in music, fashion, sports and movies — and, in my rural community, church. I was interested in all of those things to some degree, too — including being an acolyte every Sunday at St. Martin's Episcopal Church.

But the center of my identity was always politics — not a particular political party or politician, nor the horse races or gamesmanship, but as how I understood myself and my place in the world. In the way other people might define themselves through what television shows they watched or music they listened to, I understood my values and self through the policies I was willing to fight for.

It was a mildly unusual worldview — until the aftermath of the 2016 election, when suddenly it wasn't.

Suddenly, politics is at the center of almost everyone's cultural life. Where I use to hunt for political news, now it fills every screen and comes up in nearly every conversation.

Don't get me wrong. I recognize that music and movies, for example, have always featured political themes — at least as subtexts. Politics has always been a common topic, but now it seems to be the topic on people's minds. And more and more, people's primary sense of self is being defined by their politics.

Politics have become our pop culture.

But while my childhood view of politics was shaped by idealized versions of two political parties, our modern politics and identities are most often understood through sharply partisan lenses.

On the one hand, there is Fox News and a reality TV president, who promote a straightforward populist case argued not through facts but through tweets and entertainment. Policy positions have become increasingly unimportant. It's all about identity now.

On the other hand, the opposite of Fox News is not MSNBC's news coverage then, but rather Hollywood and pop culture in general. I call this modern conglomeration of culture "pop politics." It's Black Panther and music videos from the Childish Gambino and memes created by school shooting victims turned into public figures and former Obama staffers as celebrity pundit podcasters.

Our modern conflict is between right-wing populism and left-wing pop politics. This is the ultimate culture war. It's a struggle not merely about policies as much as it's about who we are. A fight to answer the central question: What does it mean to be American?

It's definitely worth staying awake for.

The original print version of this article was headlined "Pop Politics vs. Populism"