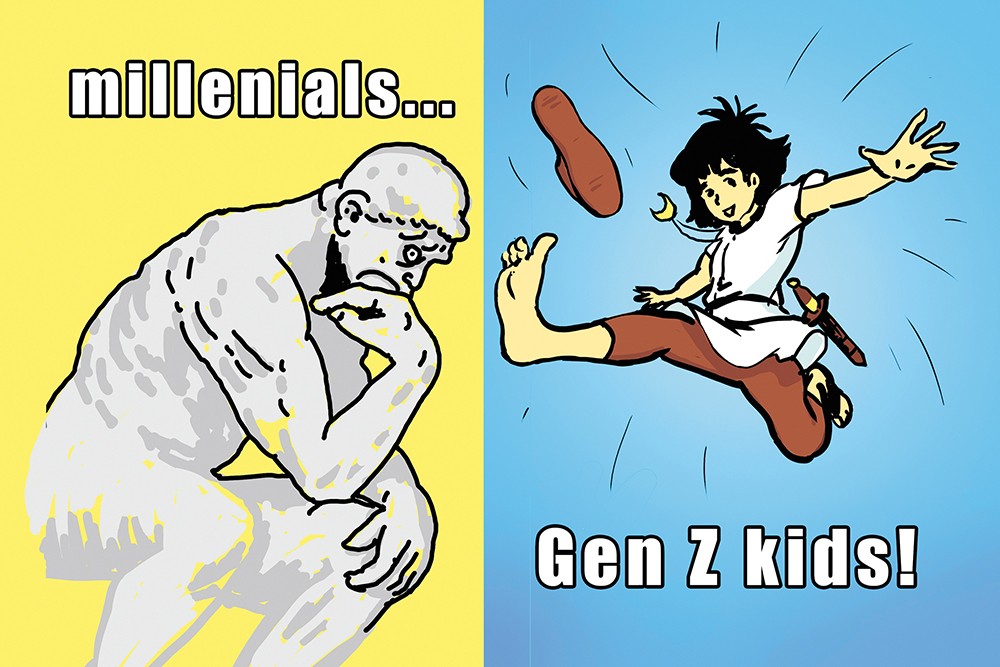 Last spring, with the help of two Whitworth students, I conducted a survey of 267 college students enrolled at Whitworth, Gonzaga and Eastern Washington University about Generation Z's views on their motivators and personality tendencies. Generation Z's specific viewpoints will surely impact society, but the larger constellation is they are a unique generation and take pride in that reality.

Interestingly, having been born in the mid-'90s to early 2000s, they do not remember 9/11 or life without the iPhone, but they clearly remember seeing their parents struggle during the last recession. They place strong emphasis on authentic connectedness to family and friends. In some ways they are a refreshing throwback generation reminiscent of the 1950s, reminding us of the innocence and fondness of life and the hard work they are immediately willing to employ. Yet they are a paradoxical generation.

Some studies suggest Generation Z teenagers think nothing of going to the mall with their parents — a certain taboo in preceding generations. In other ways, they are a generation that understands technology and human potential like no preceding generation. Some have said that while millennials are dependent on technology, Generation Z will drive technology. Gen Z embraces three values in particular — achievement, significance and challenge.

Achievement drives 40 percent of Generation Z. They want to live life to the fullest and lean into their potential. While millennials are known for asking the infamous question of "why," Generation Z will likely be known as the generation who asks "how." Their ambition is an unbridled desire to give it their all like a young child exerting all their effort and energy on a sports field in search of that elusive victory. The precipitous phrase of "work-life balance" is interpreted differently by Gen Z than may be assumed. Many Gen Z'ers view it as a reality that unfolds later in life. One Gonzaga student rolled her eyes when I asked about her view of "work-life balance." She said, "Why would I care about that? I don't have a family yet, and I want to work hard now so that later in life I will have work-life balance."

The second most important driver for Gen Z — at 38 percent — is significance in their work and life. Gen Z'ers want their work to be meaningful and impactful. They believe it isn't just what you do, but how you do it. Generation Z members seem to desire careers in the private sector but want their job to be linked to a social purpose. Subsequent research on Generation Z corroborates this finding. The company they work for is important to them because they view it as not just working at a company but a deeper mindset of joining a brand.

The third aspect that drives Gen Z is challenge, which slides in at 13 percent. Gen Z members want instant feedback, which they see as essential to their professional and personal maturation process. They trust those who care enough to provide regular constructive feedback. Interestingly, they desire feedback in 20-to-30-second intervals. What other generations would view as negative or even micromanaging comments, Gen Z views as keys that will unlock doors blocking their path to achievement. In the most interesting statistic, Generation Z members value personal growth over professional growth. They have a prevailing and thoughtful belief that the personal is connected to the professional as opposed to the common practice of compartmentalizing the two.

All generations bring something new and refreshing to society. This is a generation which values grit, relationships and want to become the best versions of themselves for the greater good. One revealing statistic indicated Gen Z will decide on day one of a new job if that is somewhere they will work for a very long time. We would be wise to adjust some of our practices to this new generation. ♦

Kevin Parker is an entrepreneur and teaches leadership and business courses at Whitworth University. Previously, he served as a Republican state representative for the 6th Legislative District.

Kevin Parker is an entrepreneur and teaches leadership and business courses at Whitworth University. Previously, he served as a Republican state representative for the 6th Legislative District.
Read More about Kevin Parker