What is your scariest moment in the outdoors?

We were on a hike up Ingalls Creek and we ran into a snake. It was a rattlesnake. I didn't want anyone to get hurt so we just ran down the hill as fast as we could. What was a 30-minute hike up the hill was a five-minute run down.

I was in Renton Washington during the Green River Killer [murders]. I worked there.

Were you ever in a situation where you were unsafe?

Perceptually, yes, reality, no. Walking to my car at night time, you'd see trees become figures and all.

"My friends and I were in the Tri-Cities and we went to Top of the World, which is this big mountain off Lookout Point, to see the whole city. And one of our really stupid friends went to the edge and fell off a good 35 feet and ended up breaking a few bones in his arm."

"I was in Montana hunting with my uncle and we came across a couple moose. I had never seen one before and they are so big. We were about 10 feet away from them so I just stayed quiet. I was about 12 years old and terrified. I really didn't want to die from a moose." 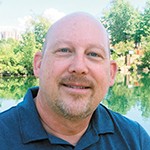 "I was over in Spain and I was scaling a pretty vertical mountain and got to the point where I realized that I might not make it back down, and the only way was up. I had to collect myself for a moment. I made it to the top where there was a road that I could walk back down."

Found in the Supermarket

Time to dump the Electoral College; 11 states are already on board

The state of nostalgia and "straight talk" after John McCain