It’s easy to float in the mainstream. The GLBT Film Festival dives deeper. 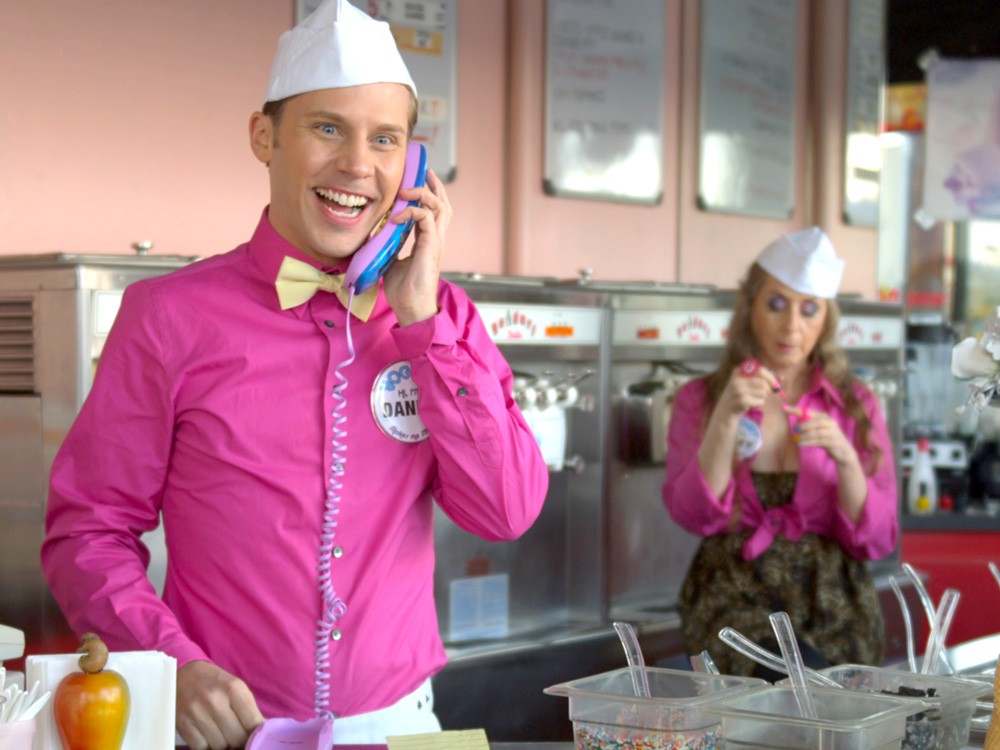 Also playing: “Go Go Reject” (left), This is What Love in Action Looks Like (inset) and over 15 other films.

You can tell a man is gay if he swishes. That’s how things play out in the mainstream media anyway, says Barb Lee, director of Spokane’s annual GLBT Film Festival. “You still see most gay men portrayed as a bit swishy,” Lee says. “Rather than coming out or having their partner with them, they swish.”

She says the point of the festival is to give people an opportunity to see things how they are, not how Hollywood makes them out to be, and then getting the community — gay and straight alike — to communicate on a level that’s deeper than that veneer of clichés. For some, it’s “the only time the gay community will see films that address issues for them and address them in fair and realistic ways,” says Lee.

This weekend, the festival will screen more than 20 films. Some are documentaries, some are comedic shorts, and some delve into painful struggles not often openly discussed or shown. Lee and her team pored over dozens of entries to pick out the best. Here are some highlights:

The debate over how children are affected by having gay parents has been in the media quite a bit lately. Bullying of GLBT youth in schools has been on people’s minds too. But these conversations are missing some important voices — the voices of the kids themselves. This 13-minute film cuts right to the chase, asking kids what the words “gay” and “lesbian” mean. It’s a stark and revealing look at how kids are processing what they’re hearing,

The film was made through the Human Rights Campaign program Welcoming Schools. The program seeks to take on issues involving gender stereotyping, bullying and family diversity in K-5 learning environments. Tracy Flynn, who is the Pacific Northwest regional consultant for Welcoming Schools, will introduce the film and host a question-and- answer segment afterward.

This film tackles the dynamics of a gay/straight friendship between a young photographer named Sal and his roommate Jimmy. Both live as straight men, but after a one-on-one photoshoot takes a turn for the awkward, Sal has to face his sexuality and how he really feels about Jimmy.

Introducing the 12-minute film is writer/director Daniel Armando, who also stars as Sal.

Though it’s rare to see realistic portrayals of gay people, it’s almost unheard-of to see or hear anything about being intersex, where there’s discrepancy between the external and internal genitals. Lee says that, for years, the festival tried to find a film that tackles the subject and that also has real cinematic merit. They found it this year in Orchids – My Intersex Adventure.

Austrailian filmmaker Phoebe Hart catalogues her own journey as an intersex person. Raised as a female, she had no idea that she was intersex until her teens, when her parents told her. As she tackles the secrecy and betrayal in her family, she documents their reactions, which are at times shocking. The film not only takes a hard look at what it’s like to be an intersex person in society today, it brings up larger issues of gender and sexual identity. Winner, Spokane GLBT Film Festival’s John Dean Award.