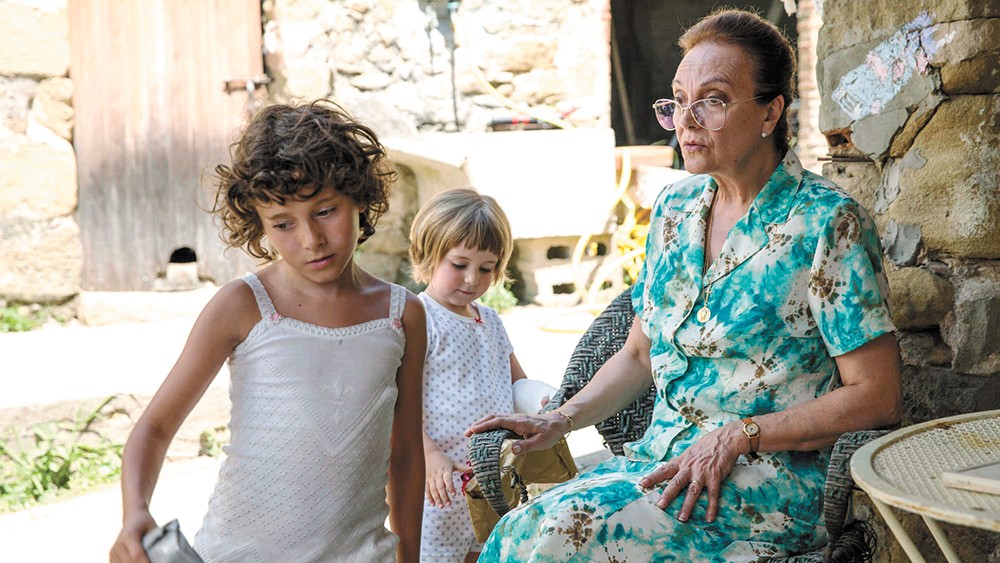 The schedule for this year's Spokane International Film Festival has a little something for everyone — documentaries, animation, comedy, sports, historical dramas, inspirational stories. Here's a rundown of the 14 features you can check out in the next week, listed in order of showtime; see the festival's website for information on the various short film programs. (All screenings are at the Magic Lantern Theater unless otherwise noted.)

Shot and set in Spokane, this 1993 romantic comedy stars Mary Stuart Masterson as Joon (short for Juniper), a mentally ill artist who lives with her hardworking mechanic brother Benny (Aidan Quinn). Joon is prone to manic episodes and has driven away multiple caregivers, but then she meets Johnny Depp's Sam, an eccentric who models himself after silent-movie comedians like Charlie Chaplin and Buster Keaton and seems to understand what makes Joon tick. Alongside its distinctive Inland Northwest locations, the film also boasts a stellar supporting cast — Oliver Platt, Julianne Moore, William H. Macy, CCH Pounder and Dan Hedaya. Benny & Joon was only a modest commercial hit when it was released, but it has since developed something of a cult following due to its quirky, offbeat sensibilities and Depp's inspired performance. (NATHAN WEINBENDER)

Director Carla Simón's feature debut is the tale of 6-year-old Frida, whose life is uprooted after the deaths of her parents. The dramatic arc of the story follows her struggle to cope with orphanhood in the clutches of a new family and a new landscape, a childhood memoir that the Hollywood Reporter says artfully transcends "self-indulgence and sentimentality." The film, with its dialogue in Catalan, was Spain's submission for the foreign language category at this year's Oscars, a telling selection with obvious political connotations given the separatist uprisings of Catalonia that rocked the country late last year. (CONNOR DINNISON)

This year's SpIFF schedule includes the premiere of local filmmaker Shaun Springer's debut feature, an eclectic anthology film shot in piecemeal fashion over the course of two years. It's a collection of vignettes loosely structured around the Spokane business Garageland (which, at the time of filming, was a record store), and it hops between genres, styles and tones — there's romance, heartbreak, death, demonic possession and even a music video. Keep your eyes peeled for a blink-and-you'll-miss-it "cameo" from comedian Marc Maron, who happened to wander into Garageland during production and agreed to be a background extra. (NW)

This award-winning animated film is based on director Ann Marie Fleming's graphic novel of the (almost) same name. Rosie Ming is a young Canadian poet — and stick-figure — whose first junket away from home (to Iran, where she has been invited to perform her poetry at a festival) inspires new opportunities for self-discovery and kinship through art. (CD)

Actor and dancer Okwui Okpokwasili is the star of this documentary by Andrew Rossi, a film that examines the experiences of "brown bodies" in America through Okpokwasili's provocative solo stage performance. It's a portrait of pain and emotion in a turbulent friendship between two 11-year-old girls, a not-so-subtle invitation to be, in the artist's words, "born again as a black girl," and a glimpse into the passion of creation that spurred Okpokwasili to share her childhood with the world. (CD) 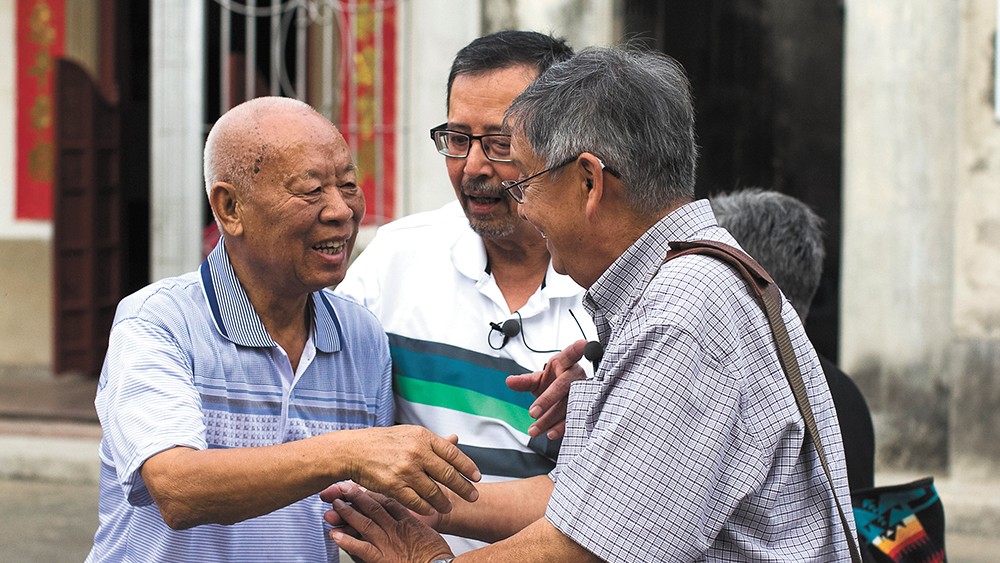 ALL OUR FATHER'S RELATIONS (Canada)

Three adult siblings, progeny of Musqueam First Nation parents, discover that their father was, in fact, not indigenous at all: He was Chinese. This documentary finds them retracing his past in Vancouver and China to help illuminate their understanding of the man, his flawed relationship with their mother and the turmoil of their childhood. (CD)

Urban Dictionary describes "the feels," a staple of Millennial jargon, as a "wave of emotion that hits you like a truck," rendering you speechless. Jenée LaMarque's improvised film The Feels surfs a similar dynamic in its comic portrayal of a decidedly post-modern affair: a lesbian bachelorette weekend getaway in wine country. Awkward situations arise, temptations abound, ecstasy (the drug) is experienced and taboos are crushed. (CD) 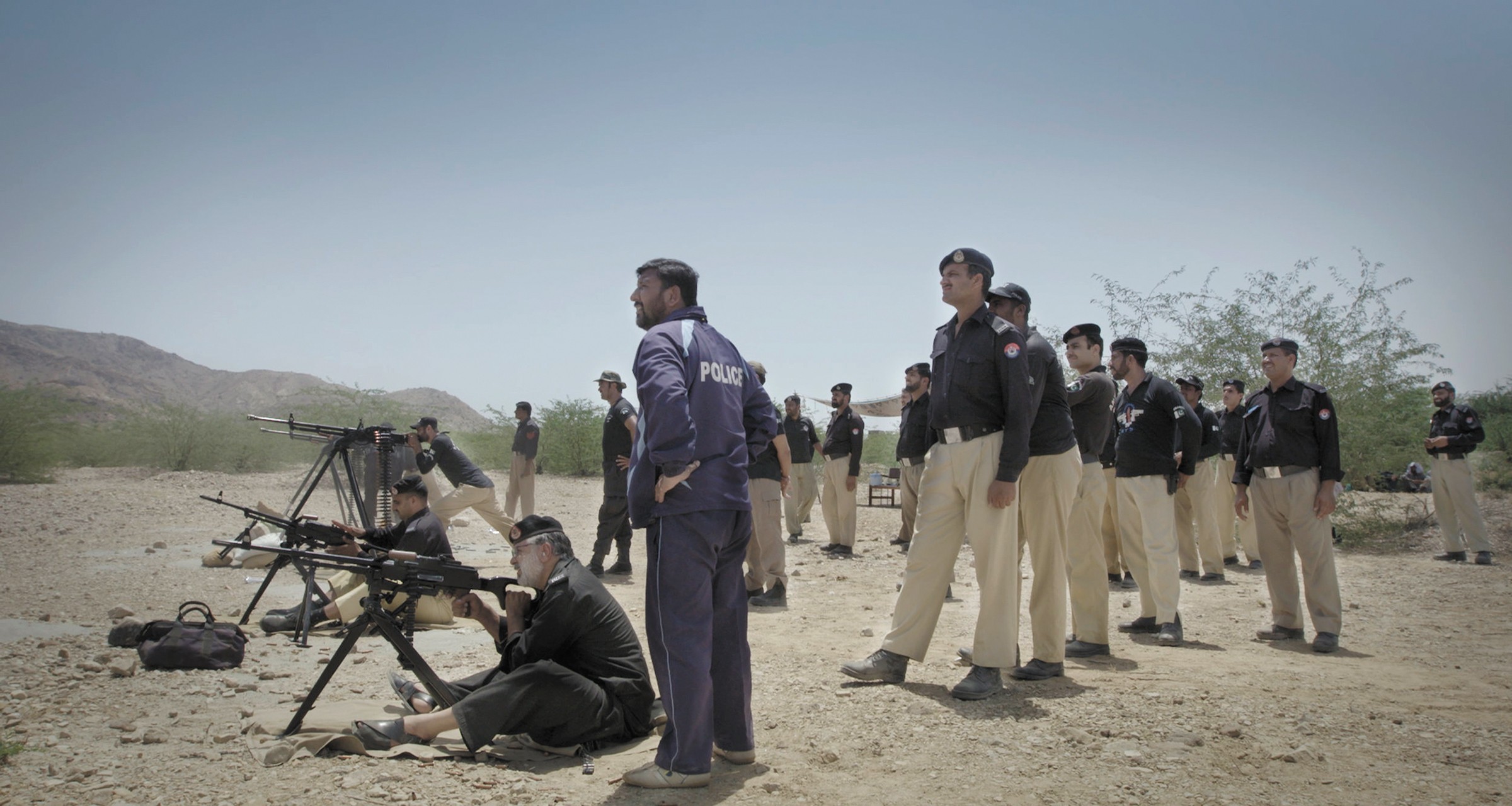 Emmy-winning Geeta Gandbhir's documentary Armed with Faith imbeds the viewer in the Khyber Pakhtunkhwa Bomb Disposal Unit, the ordinary men charged with the task of curbing the Taliban terrorist threat — imported from Afghanistan — to peace and security in Pakistan and, ultimately, globally. Their daily lives on the front lines of war assume an almost surreal quality in the presence of constant violence, fear and death. (CD)

Ammon Bundy became a household name in the winter of 2016 when he organized an armed occupation of a ranger station on the Malheur National Wildlife Refuge near Burns, Oregon, a siege which lasted for 40 days. David Byars' documentary pierces the heart of the matter, from its improbable beginnings through the standoff with FBI agents and police to the wild conclusion. (CD)

This fictional account of Estonian fencing champion Endel Nelis chronicles his evolution from man-on-the-run into teacher and father figure to children orphaned during the Russian incursion in the 1950s. Director Klaus Härö portrays a life of calculation and risk, tempered by tyrannical secret police and the moral ambiguities that haunt victims of events beyond their control. An invitation to coach his students at a fencing tournament in Leningrad, from which Nelis fled, brings the story's drama to a head. A 2016 Golden Globe nominee for Best Foreign Film. (CD)

Expedition Alaska lives up to its title, as 20 teams of extreme-sport enthusiasts compete to conquer 350 miles of wilderness via foot, bike and boat in this unflinching document of their travails. Class 5 rapids, near-death falls into glacier crevasses, fungal infections, mental breakdowns, blood, guts and tears: it's all here in HD. The technical achievement of the University of Cincinnati students who risked life and limb to produce the film is a feat of hefty proportion, too. (CD)

Verging on the supernatural, the latest sci-fi flick from writer-director duo Aaron Moorhead and Justin Benson follows two brothers (played by the creators) back into the "UFO death cult" at Camp Arcadia from which they had escaped a decade prior, and down a veritable maze of rabbit holes. Variety calls it "a paranormal mystery that involves cults, time travel, and some sort of ambiguous Lovecraftian monster." (CD) 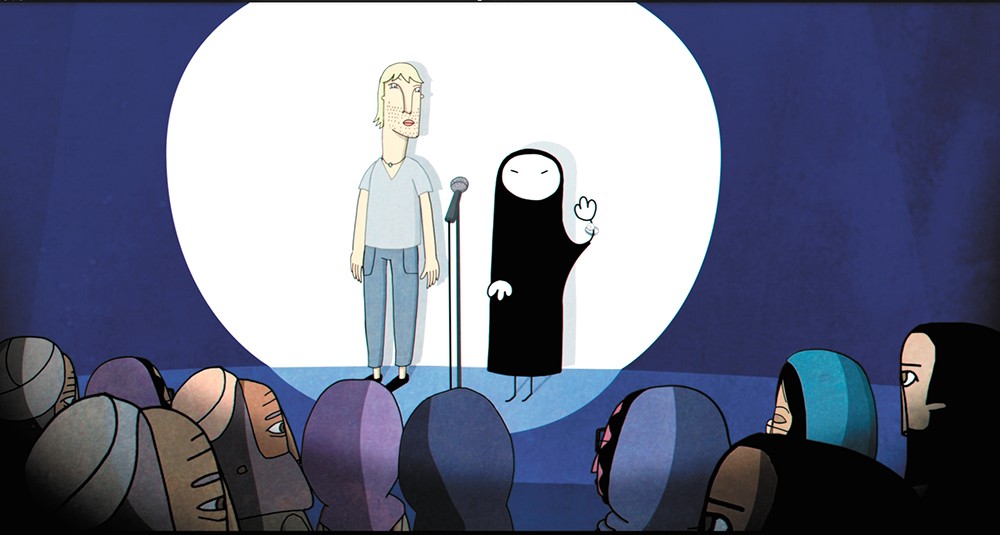 The Islamic Republic of Iran does not have a reputation as a bastion of liberalism, an unacceptable fact for expat director Ali Soozandeh, who takes the country's rigid mores and hypocrisies to task in this animated film. The capital city of Tehran is painted (animated, actually, using the rotoscope method of tracing film frame by frame) as a hotbed of corruption and repression through the eyes of characters — usually women — whose desperation inspires them to confront the Ayatollah's absurd (to Western sensibilities) legal framework around sexual and political liberties. (CD)

When he died late last year at 94, Seattle mountain climber Fred Beckey left behind a legacy that few other climbers will likely ever be able to match. Beckey made more first ascents of North American mountains than any other climber, a so-called "dirtbag" — a term for a more rebellious, nomadic member of the climbing community — who apparently didn't mind stepping on a few fingers if it meant he could get to the top of a peak before anyone else. Director Dave O'Leske's documentary chronicles Beckey's colorful, complex life. (NW) ♦

The original print version of this article was headlined "what to watch..."