You Go To My Head

What's your favorite movie genre? Comedy? Drama? Psychological mindbender? Do you prefer animation over live-action, or documentary to narrative storytelling? Either way, the schedule for the 21st annual Spokane International Film Festival has something for you. Here's a rundown of the 11 feature-length films you can check out in the next week, listed in order of showtime; see spokanefilmfestival.org for information on the various short film programs. (All screenings are at the Magic Lantern Theater unless otherwise noted.)

Moussa Djigo's deconstruction of romantic comedy tropes centers on a young woman who finds herself in a mental spiral after a sudden breakup with a street musician. In the midst of her distress, she embarks on a reflective journey through her important memories, as she and the film explore the complicated nature of love. (ISAAC HANDELMAN)

This political drama is set against a backdrop of Yugoslavia's rescinding of Kosovo's autonomy in the 1990s. The vessel through which viewers experience this turbulent time is Fadili, an archivist who, facing immense pressure from multiple sources, must make an impossible decision in order to ensure the well-being of his family. (IH) 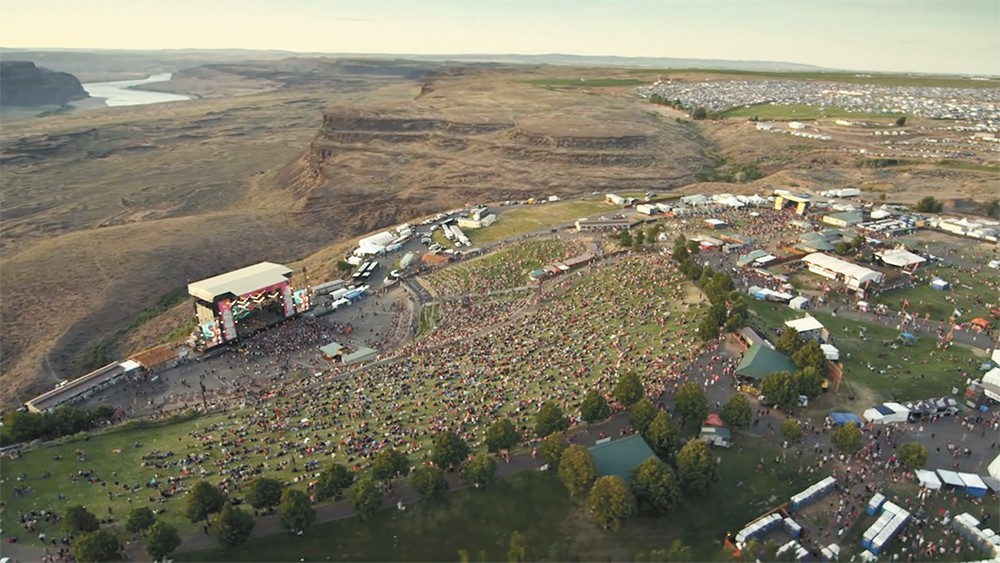 Ilhan Omar made headlines in 2016 when she was elected to Minnesota's House of Representatives, becoming the first Somali Muslim woman to occupy an American state office. In this inspiring documentary, director Norah Shapiro looks on as Omar, a former community organizer, launches her (eventually successful) campaign, and shows the various complications of the electoral race. (NATHAN WEINBENDER)

Any Washington music fan who has lived here long enough has had a magical experience at the Gorge Amphitheatre in the tiny town of George, Washington. At the very least, you've dreamt about having one. Enormous: The Gorge Story is a documentary that examines how the isolated scenic spot became a destination music venue, where the now-defunct Sasquatch festival blew up and Dave Matthews Band recorded a popular live album. (NW)

The Borough Park Neighborhood of Brooklyn is home to one of the largest Orthodox Jewish populations in the world, and yet all of the workers in its Hasidic ambulance service are men. The documentary 93Queen is a rousing look at the city's first ambulance corps of female volunteers, all of whom are tenacious and passionate, but it's also a thoughtful portrait of the obstacles and discrimination that the women face in their new EMS positions. (NW)

Chinese auteur Zhang Yimou's latest is a dramatic period action film stuffed to the brim with political intrigue, long-kept secrets and the requisite epic battle sequences. In it, a military commander coordinates with his mysterious doppelganger to pull off seemingly impossible feats. Yimou is responsible for some of the most bombastic, large-scale films ever to come out of China (Hero, House of Flying Daggers), so expect nothing less than a spectacle. (IH)

Sebastien Betbeder's Ulysses & Mona is a tale of two artists. Ulysses is disgruntled, middle-aged and past his prime. He has run out on his family and lives a depressed, secluded routine. Mona is a chipper young art student searching for guidance, and she just might be persistent enough to pierce Ulysses' icy exterior and prompt an adventure that will prove transformative for them both. (IH)

You Go to My Head (France/Belgium)

In this psychological drama from Dimitri de Clercq, a young woman finds herself burdened by amnesia and post-traumatic stress disorder in the aftermath of a mysterious car crash that leaves her stranded in the Sahara Desert. She's "rescued" by Jake, an architect who soon becomes infatuated with her and is willing to go to great lengths to ensure her presence in his life. (IH)

Kornél Mundruczó, director of 2014's acclaimed canine revolt film White God, continues to explore the boundaries of reality in this pseudo-fantastical drama about a man with the mysterious ability to levitate. While attempting an illegal border crossing, the man is captured. Soon enough, others begin to take notice of his physics-bending skill and, as is always the case, everyone has their own ideas about how it should be put to use. (IH)♦

The original print version of this article was headlined "What's Playing?"