When refugee youth come to America without parents, these families take them in 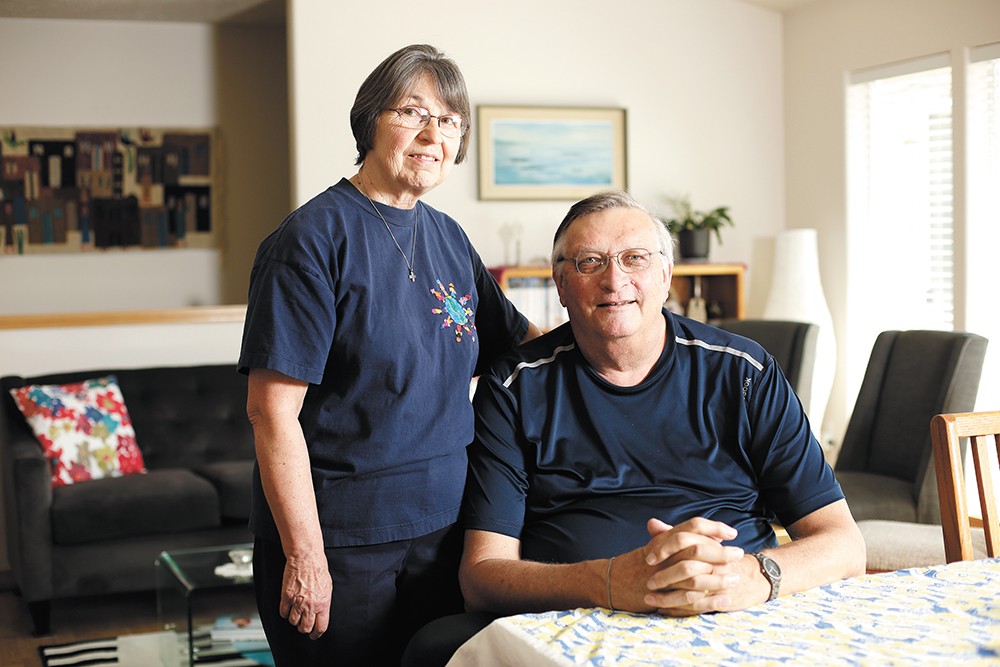 Young Kwak
Yvonne and Ron Rentner are one of the couples fostering refugee children through Lutheran Community Services Northwest. "Refugees and immigrants are the people we want and have historically been the strength of this country," Ron says.

It was a devastating story on every front page in September 2015 that drew international outcry: A 3-year-old Syrian boy in a drenched red shirt and blue pants lay dead on the sand, where a uniformed Turkish man picked up his body and carried it up the beach. The boy was one of millions of Syrian refugees trying to escape a violent war and find a new home, and one of the many who died trying.

Like so many others around the world who saw the images that day, Nichol and James Savko felt compelled to help.

"That was the day she came home and was like, 'We have to do something,'" James says. "So she started looking for opportunities to help out with refugees."

"Once you start digging into that, you can't not do something," Nichol adds.

Less than three years later, they're fostering one of the two dozen children from around the world who've been placed with Spokane families through Lutheran Community Services Northwest's foster program for unaccompanied refugee minors.

Since July 2016, the program has been able to pair eligible foster families in the Spokane area with 24 refugees who've come either from overseas refugee camps after a vetting process that takes two or more years, or from inside the U.S. after being granted asylum from Central American conflicts, says Aimee Shields, licensor for the Spokane program.

So far, the kids have come from a wide variety of countries: Guatemala, Honduras, Mexico, Eritrea, the Democratic Republic of Congo, Myanmar (Burma) and Afghanistan.

Shields makes sure parents have the training they need to be foster parents and visits each family quarterly. The kids, who are between 12 and 18 when they're placed, are allowed to stay with their foster families with program support until they're 21 if they opt to do so, and unlike with domestic foster placements, the idea is that these relationships will be lifelong, Shields says.

"The children have been separated from their own biological families. Some might know their parents have been killed," Shields says. "Our goal is to place them into a family that is going to help launch them into adulthood and then become their surrogate family."

The foster parents in the program range from retirees to young couples in their late 20s and early 30s with young kids of their own.

When Ron and Yvonne Rentner retired to Spokane three years ago, they wanted to help tackle major issues facing the world, including refugee crises and climate change, Yvonne says.

With three grown kids with families of their own, the couple started hosting refugee families through World Relief Spokane, and then became foster parents through Lutheran's program. They received two girls from Eritrea in December 2016.

"Eritrea's the North Korea of Africa," Ron says. "It probably says it all that when you are a refugee from Eritrea, you get automatic refugee status, no questions asked. Eritrea's not a fun place to be."

That's something that the Rentners and other families hosting girls from the country understand very well, but due to privacy protections in place for the kids, it can be hard to share exactly how dire their situations were, as the foster parents are not allowed to talk about details even with friends.

"There definitely seems to have been a preconceived conception that refugees are somehow unsafe," says Ike Bubna, who with his wife, Tiffany, has two teen foster girls from Eritrea and two biological children under the age of 3. "That's where them being foster children is harder for us. If we had actually adopted them, we could tell our friends and family, 'Here's their story, here's what happened,' and they'd be like, 'Oh my gosh, I feel so terrible for them, of course they can be here.' ... We know a lot about their story and why they're here. For us it's like, how could you ever balk at them being here?"

Sydney and Richard King, who have two young biological daughters, 5 and 1, foster a 17-year-old boy from Afghanistan. Richard, a staff sergeant stationed at Fairchild Air Force Base, and Sydney, a property manager with Catholic Charities, say they've long been passionate about foster care, but it was their experience living abroad that really made them want to work with refugees. While overseas for five years, they lived in Turkey, not far from the beach where that little boy washed up.

"There were kids on the street begging that didn't have arms that were obviously traumatized," Sydney says. "It made me incredibly passionate for Syrian and Middle Eastern people who are experiencing trauma that leads to them having to leave everything behind."

While they're each balancing work and online university courses, as well as the pressures of dinner time and getting to soccer practice, the Kings, like the other young couples, are also learning on the fly how to parent a teenager.

For some families, language barriers and cultural differences have been interesting to work around and learn from.

The Savkos have had some trouble communicating, as their teen speaks a language that's very rare, meaning there's no help from the library or Google Translate. But in the few months she's been here, they say they've been able to find creative ways to understand each other: After James spent a few weeks gathering all the right ingredients to make injera flatbread, he showed the teen a YouTube video of how it was made to make sure he had everything, but she kept saying no, they didn't.

"So I'm like, 'Fine we'll have to ask using the translator,'" he says. "The youth went and messaged one of their friends and came back with a photograph of a white plastic bucket. That's what they needed."

Lutheran Community Services provides a caseworker who checks in regularly with each teen, as well as translation services as needed, which can come in handy both for language as well as cultural understanding.

Tiffany and Ike Bubna say that once, during a corrective moment, they kept asking their 13-year-old to look at them, but she hid under a blanket.

"She was kind of in trouble," Tiffany says. "We were like, 'If you don't take the blanket off, we're taking your iPad.' We kind of had a consequence for her. We found out later, and this actually was through a translation session, she's like, 'You know, the reason why they don't look at you is that's a sign of respect.'"

Aside from helping their teens get the help they need in school, the families and the program are also helping them prepare to be independent. All the foster families in the program meet monthly at Lutheran Community Services for dinner, and while the parents learn about something — from child psychology to updates on conflicts around the world — the teens take independent-living classes. The evenings provide a source of community to everyone, as the teens connect with one another and the parents are allowed to share details of their struggles with other families and offer support as they try to set their new kids up for success.

"The struggle really with these kids is they come between ages 12 and 18 and they've got to be independent pretty quickly," Ron Rentner says. "There's this tension for us about letting them take their time to make the transition but also being aware that they need to be able to live independently fairly soon."

The teens are working towards that independence as national rhetoric around refugees and immigration has left some feeling uncertain about their future.

"What we've seen is sort of an increase in their fear of being sent home to their country of origin, even though, the unaccompanied refugee minor, that's a legal status," Shields says. "All of our kids are here legally, they're not at risk for deportation, they're on the path to citizenship."

All the foster families that spoke to the Inlander say most people don't seem to understand what it means to be a refugee.

While Shields says the program is waiting for two more kids to arrive, and plans to have a total of 30 placed with families by this fall, recently there has been a definite drop in the number of children who've been approved for resettlement by the federal government.

Nationwide, across more than a dozen refugee foster programs run by Lutheran Immigration and Refugee Services, tens of overseas children were being resettled every month, Shields says, but recently that has dropped to about one kid per month.

But so far this year, the United States is on pace to resettle the lowest number of refugees since the Refugee Act of 1980. In 2016, the U.S. admitted almost 85,000 refugees. For the 2018 fiscal year, President Donald Trump set the limit at a historically low 45,000, but the actual numbers have been trailing far behind, with only 15,434 refugees admitted since Oct. 1, according to federal data compiled by the Refugee Processing Center.

"One of the things we all feel strongly about is just opening our doors to more," Shields says. "We have the capacity to do it, we have the resources to do it, our nation has done it in the past, and quite successfully if you ask us. We want to do more, and we know we can do more, so to feel held back by policy is a challenge."