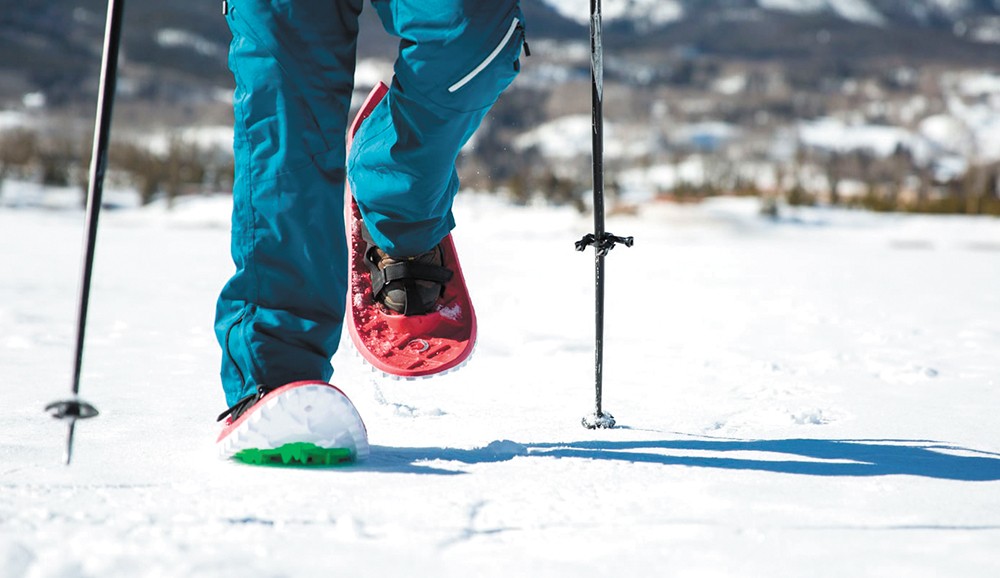 If speeding down a mountain isn't your idea of fun, fret not — there are plenty of other options, like snowshoeing.

Sure, people who are good at balance

like to spend their winters gracefully gliding down mountain sides on one or two polished pieces of wood, but what about those with a little less coordination?

If downhill skiing or snowboarding aren't your thing, there are still ways to get outside to enjoy some fresh powder, cool air and maybe even a glass of wine. From snowshoeing to biking, there are plenty of opportunities for snow beginners in the Inland Northwest.

Through March, the city of Spokane parks department puts on dozens of guided snowshoeing adventures throughout the area with snowshoes, trekking poles and transportation all included in the price.

The tours offer a way to get outside and try out snowshoeing without the startup costs of getting all your own gear. This year's schedule includes jaunts on Mt. Spokane in both the daytime and in the moonlight, treks on 49 Degrees North, and hikes around lakes in the Colville National Forest.

All of the trips are geared at teens and older, and a few are only for adults, like the snowshoe treks on Mt. Spokane that are capped off with a wine tasting at Townshend Cellar on Green Bluff.

Each tour is geared to be accessible to entry-level snowshoers and typically includes downtime for lunches that participants are asked to bring with them, says Ryan Griffith, assistant recreation manager for Spokane Parks and Rec.

"If somebody is going to go out snowshoeing with us, they should be able to walk a leisurely one to 1 ½ miles and come dressed for the weather conditions," Griffith says.

That means wearing synthetic materials that wick moisture from the body, avoiding cotton, which stays wet, and wearing plenty of layers so you can adjust as you get warm or cold, he says.

Groups are limited to about 12 people, plus two guides, and the tours fill up very quickly, so if something on the schedule catches your eye, register sooner than later, Griffith says.

"They do book up pretty quick — a couple weeks out we're looking pretty booked — so book early," Griffith says. "It's a great winter. When we have snow here in town, it makes it all that much more exciting for people to get out and have fun."

Cross-country skis are a good option.

Getting out on the local trails doesn't even have to mean leaving the city, or spending money if you've got your own equipment.

This year, city crews are grooming both cross country ski trails as well as a fat bike trail.

"If people want some free skiing, we did just groom Indian Canyon Golf Course, as well as the Dwight Merkel Sports Complex," Griffith says. "People can go out there and use it if they've got their own equipment, and it's no charge."

The trails are groomed by the staff as weather and time allows, not on a set schedule, he says, and fat biking is only allowed on the trail at Dwight Merkel.

Not familiar with fat bikes? They're kind of like mountain bikes with bigger tires meant to give you the ability to ride anywhere that you need to sort of float, explains Mic Woodruff, manager of the Bike Hub's downtown location. 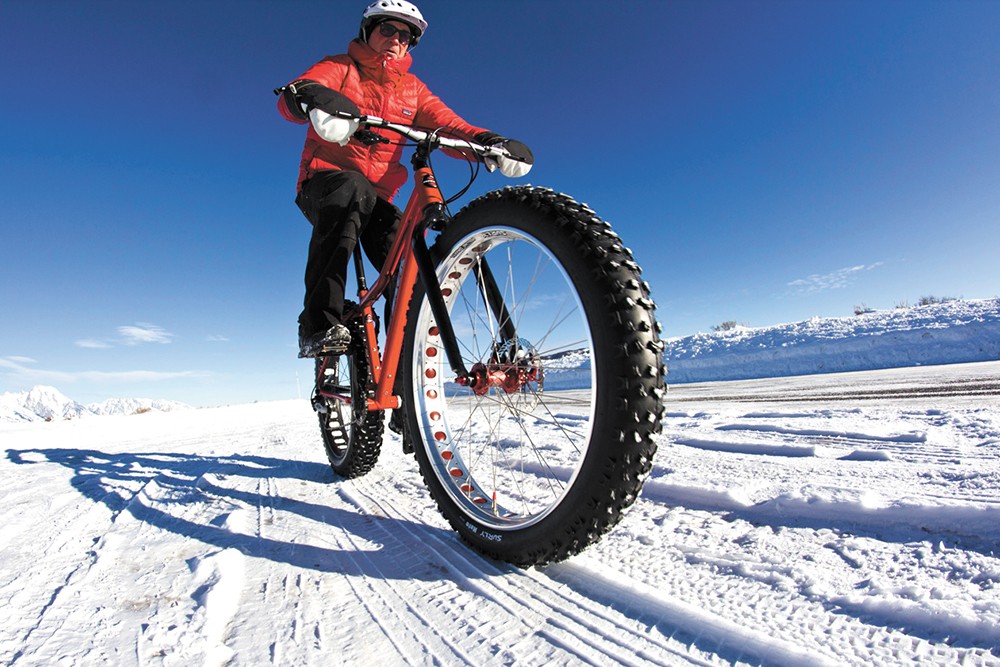 Fat biking isn't just for winter, but it works great on the snow.

"One of the most frustrating things is when people see a fat tire bike and call it a snow bike," Woodruff says. "Yes, it works well in the snow, but also in sand, mud, or any time flotation will be needed — that's when they'll pay off. They're equally fun in the summer."

While the Bike Hub shops don't have any fat bike rentals anymore, they do give riders the chance to demo a bike for a fee, and if you decide to buy the bike after that, the fee is discounted off the total price.

"It gets people out on a real test ride," Woodruff says. "If you're buying a bike worth a couple grand or more, and can only ride it around the block at a store, that's not how you're going to really ride a bike. Ultimately for the most part, it steers them back to us." ♦