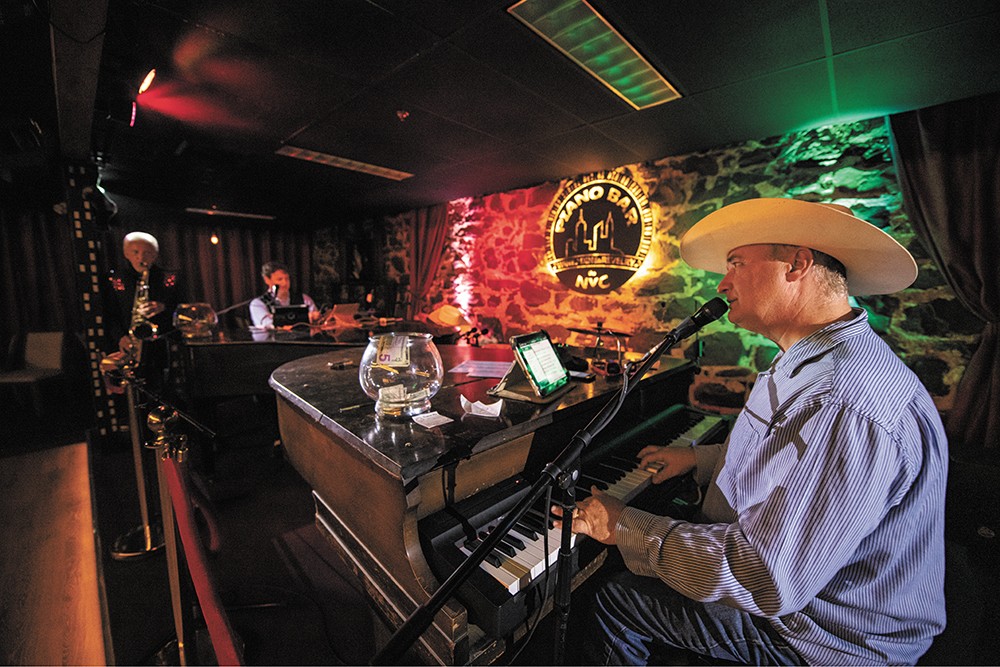 The Inland Northwest's Piano Bars Offer Singing, Dancing And Humor, With Songs From Today And Decades Past

Sometimes the key to a good time looks more like 88 keys to a good time. Better yet, double that, sit back and watch the music magic happen as two talented piano players duel it out to make you laugh and tap your toes to everything from old school jazz up to current chart toppers.

Schnatter, who for many years has performed under the name Carson Rhodes, says he loves the energy and playing to the crowd's requests.

The NYC Piano Bar, open for just more than a year now, is the latest addition to the piano bar scene in Spokane/Coeur d'Alene. They offer a full restaurant, with everything from pasta and seafood to sandwiches and calzones, and it's designed to look just like a piano bar straight out of the Big Apple. Plus, it's family friendly, with all ages welcome until 9 pm, when it turns into a 21 and older joint.

"It's a sing along, dance along, drink along, have-a-party along venue," he says. "It's interactive, very interactive with the audience."

Over in Spokane, the current iteration of the RIDLER PIANO BAR has been pleasing crowds for five years, but the venue itself has offered piano fun for the better part of a decade.

There, you'll find owner Steve Ridler, also a lifelong piano player, jamming out most nights of the week, with dueling shows and a full band on Thursday, Friday and Saturday nights.

Both venues offer free shows on Thursday nights, with other free entertainment earlier in the week, and there's a $5 cover for the popular Friday and Saturday shows. If you want to belt out some tunes, both joints also offer plenty of crowd participation, and in some cases you can get on the mic if you throw down an extra donation.

With the popularity of both venues, reservations are recommended. Find more at facebook.com/thenycpianobar and ridlerpiano.bar.