This year's OutSpokane Voices of Victory honorees are waging the battle for equality with a helping hand. 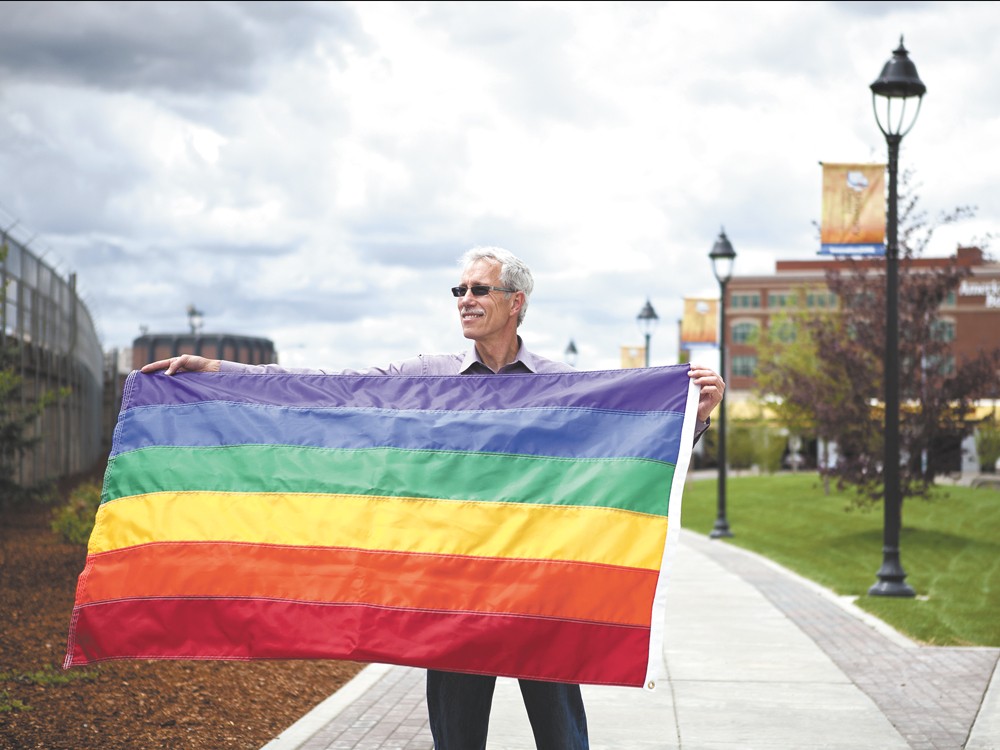 Stephen Schlange
Former City Councilman Dean Lynch is to be honored as one of OutSpokane\'s Voices of Victory award winners during Pride Week.

But earlier this year, as Lynch, 61, stood facing the Spokane City Council in its chambers, he had something to say. The council, of which Lynch was a member in the early 2000s, was considering a nonbinding city resolution in support of the state’s gay marriage law.

“Like each of my parents, grandparents and great grandparents, I fell in love with a wonderful, caring person,” Lynch told the council. “With your help this evening, our family, all of our families, will be closer to being recognized as worthy and treated with the same privileges and responsibilities as every other family.”

In the end, the resolution was tabled indefinitely — a move Lynch calls a “kick in the stomach” — but he hasn’t given up hope.

“There will always be those setbacks, but in my lifetime I’ll be allowed to get married legally, and not just state-wide,” he says now. “It’s going to happen.”

Lynch is one of two local activists selected by OutSpokane as this year’s Voices of Victory, part of its annual Pride Week events. He and fellow honoree Nancy Avery, a Spokane elementary teacher who works with the Unitarian Universalist Church of Spokane’s PRIDE Team, will be the Pride Parade’s Grand Marshalls Saturday and speak at EWU’s Riverpoint Campus Sunday.

Lynch grew up on a small farm in rural Quincy, Wash., 140 miles west of Spokane, and attended Washington State University, where he realized he was gay but struggled to fully accept his orientation.

“I would think that I was accepting it, and then something would come up and I would find that I would start hiding it again, and that, in my mind, meant I hadn’t accepted it,” he says.

But soon, as he began to make his mark on Spokane, he was stronger. He’s worked with Child Protective Services, training foster parents and leading neighborhood organizations, and spent the last 20 years on local committees and organizations for LGBT rights. In 2001, he was the first openly gay man to serve on the Spokane City Council. Along the way, he says discrimination was subtle: an invitation to a prayer breakfast addressed to “council member and spouse,” and calls that went out to voters the day before his election, begging them to “do the moral thing” and vote for his opponent.

“We are not mono-cultural,” he says. “We need to be accepting of the differences in our own community and affirming of each other.”

Nancy Avery was terrified when her daughter, Jenny (also known as “Rabbit”), came out to her in 1993. Jenny was a freshman in college in an extremely conservative small town in Missouri, and Nancy says she couldn’t stop imagining her daughter suffering violent attacks.

She remembers telling Jenny, “This is not the life I would choose for you.”

Jenny was never a victim of violence, but Nancy, 59, channeled her fears into spreading understanding in a time when even younger generations weren’t always welcoming. She’s a teacher at Jefferson Elementary and a leader of the PRIDE team at Spokane’s Unitarian Universalist Church. They’re working with local LGBT rights’ groups and on marriage-equality amendments in the state Legislature, but Avery’s hoping to send a subtler message.

“Whenever I am somewhere, I make sure to state that I’m with the Unitarian Universalist Church of Spokane, and if you’re interested in a place that is open and affirming, we will accept you with open arms,” she says. “That is crucial for people to know.”

She wants to be a gentle voice of welcoming for people who may not know that anyone will accept them at all. She’s worried that extremely conservative or fundamentalist churches are making people believe that no group of faith will accept them, she says.

Avery wants conversations in religious groups to be focused on listening and understanding, but she’s also trying to keep those priorities at the forefront for a younger crowd. She’s worked with Spokane-area schools to make sure anti-bullying efforts don’t ignore kids who are suffering because of questions of gender identification.

Avery sees things getting better for people like her daughter — she’s not as afraid as she was that Christmas when Jenny came out — but there’s still work to do.

“I see more and more that there is more acceptance,” she says.

“But when the hatred is there, it’s just as deadly and just as cutting and just as hurtful.”